Recruit powerful Beings, build your team and battle online players in this turn base RPG/Battler.

Afflicted Being is a turn base RPG/battler with competitive multiplayer for the PC, Mac and Mobile. The game is being developed by indie gaming company 'The King Aint Dead' base in the Caribbean and will be their 1st game. Players recruit Beings and train them in the mystery dense dungeon to battle real players. The game will be developed in unity 2D.

There was this powerful Being with a human by his side trying get Beings to unlock their true potential and stop living a mundane life. The Gods feel threaten so one of them send their son to vanquish him. He failed and not wanting to disappoint his father he set out to find the strongest Being to help. No-one level was close so he held a tournament and the winner would receive their weight in gold. In this tournament he would rank fighters to differentiate their power level and told a myth that there was a Legendary weapon at the end of an unexplored Dungeon. Now Beings are exploring and becoming more powerful in a Dungeon that was there centuries ago. 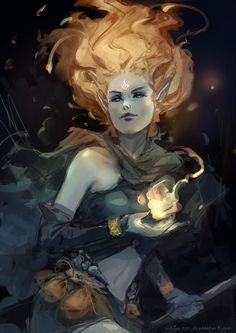 Afflicted Being will be released early 2018.