The next thing we felt critical to add was an AI to play against. Both for when there happens to be no one online, or if you want some practice to get used to the game before playing against other people. 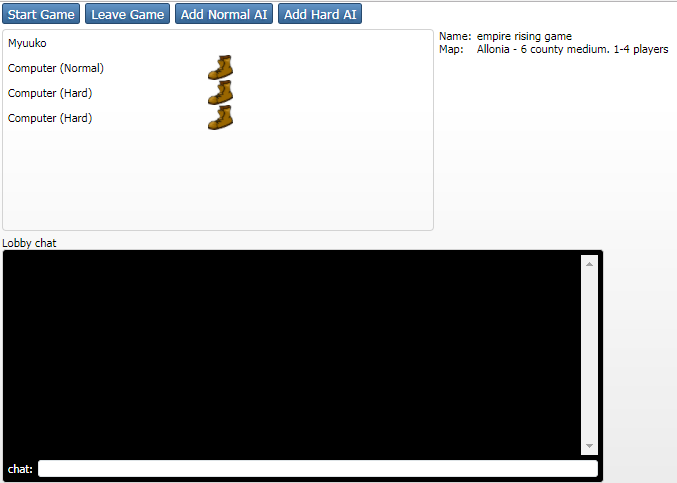 We ended up with two AI's, a normal and a hard. On normal the AI does basic country farming and maintains his lands without doing anything special, eventually making an army and slowly working towards capturing other counties. It should be a good match for someone just starting the game and is still learning the ropes. 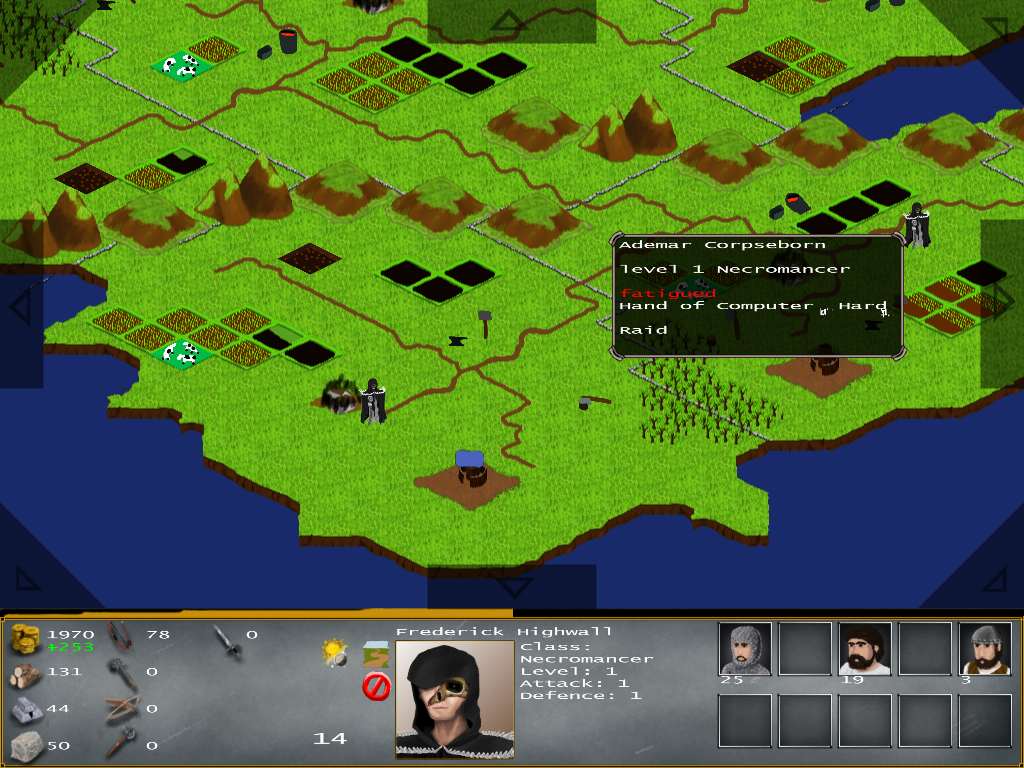 The hard AI is mostly the same but stronger. It takes over counties faster and has bigger armies. By no means unbeatable but definitely a challenge, this AI is for people with confidence. We were thinking about added a third, even harder AI but decided against it at this time because we believe putting an impossible difficulty would detract at this point. We might add, or tweak AI's in the future. 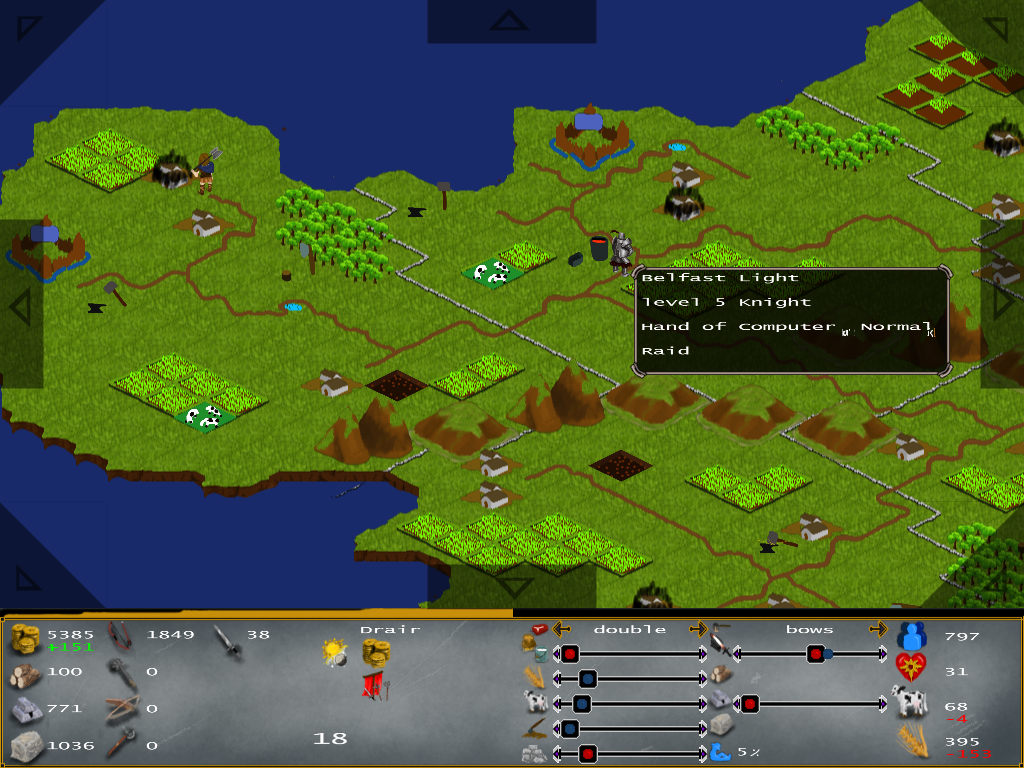 Another big addition is the music we added to the game. The music is by Kristen Morales (see her profile at Kristenmoralesmusic.tumblr.com ). We have two fantasy tracks that alternate randomly and they really help get you in the mood of the game. 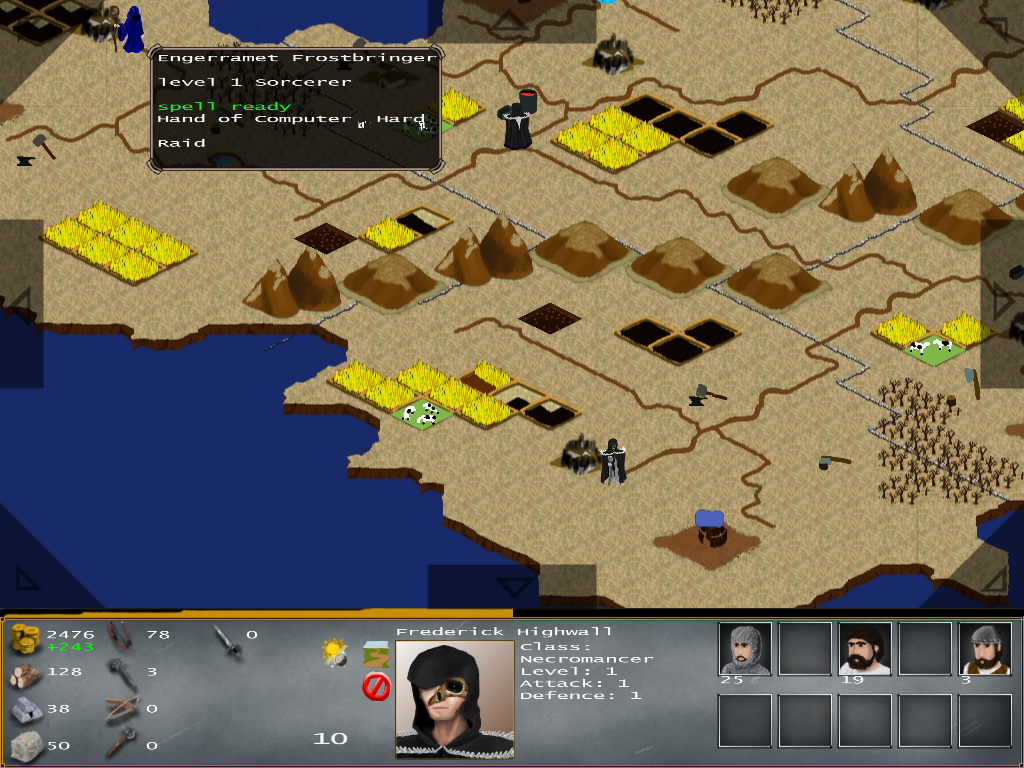 Once again there was a bunch of smaller things we fixed so I'll mention a few: We fixed an anti-cheat mechanism that was over zealous and punished players that weren't cheating. 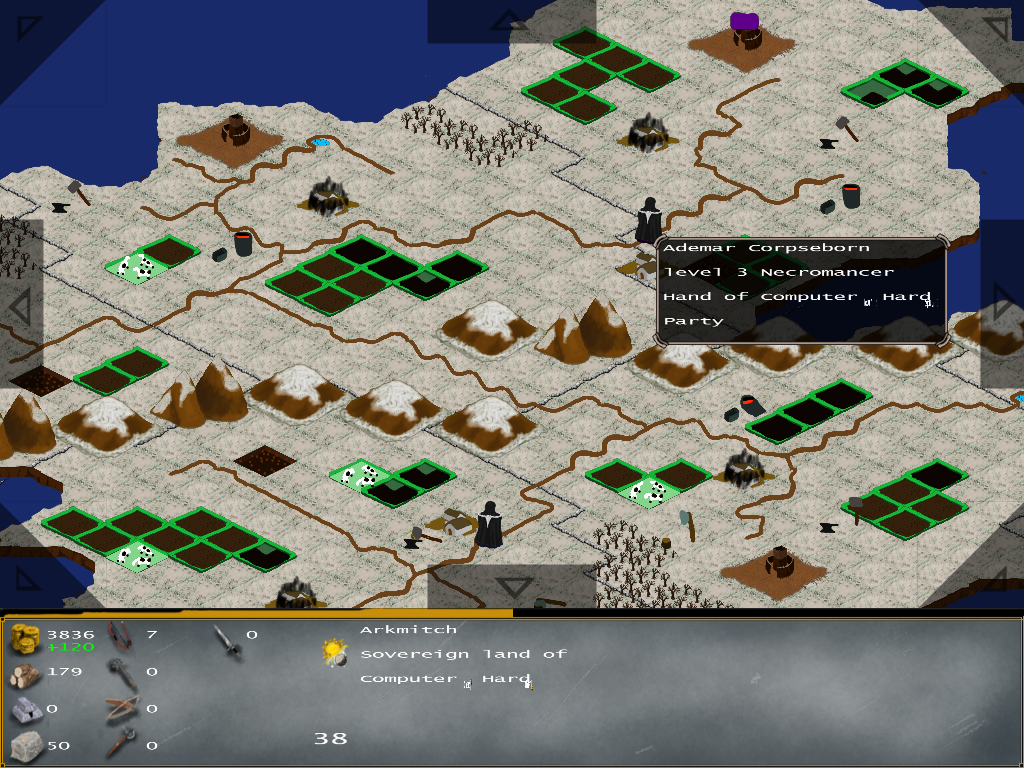 We made it so you can move unit stacks around in the army to change formation. The top line is the front and the bottom is the back so you can, for example, move your archers to the back to protect them. We also made it so you can split your stacks so you use more strategies. 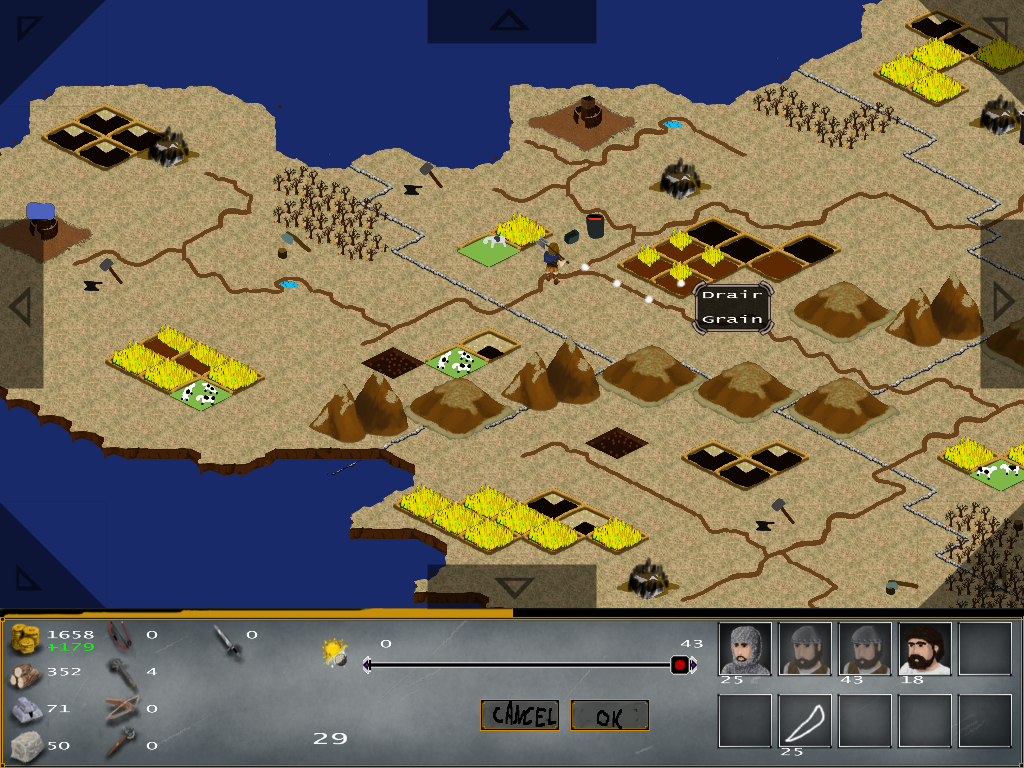 We decrease the number of people you need in an army you need to burn fields from 200 to 100, because we felt burning fields was never viable. 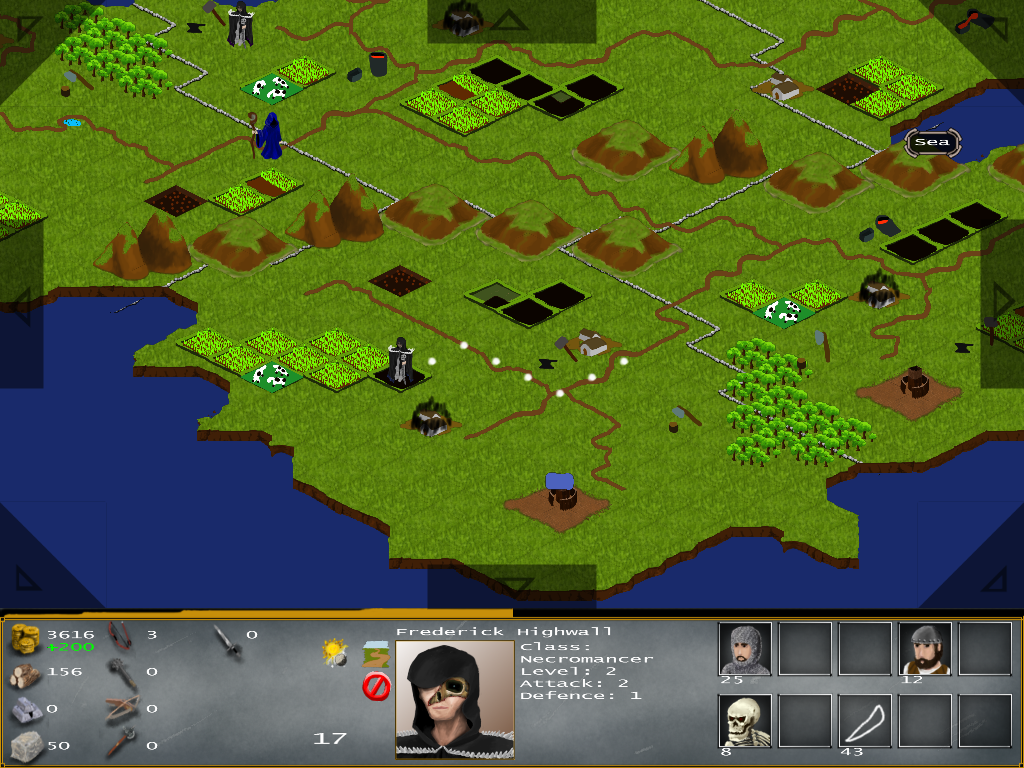 Lastly (that I can think of anyway for now) we changed the way the castle upgrades affect sieges. Before when you upgraded your castle it would take more seasons and more units to siege. We found that in more case the increase units requirement was annoying rather than helpful so we changed it so that only the number of season increase. 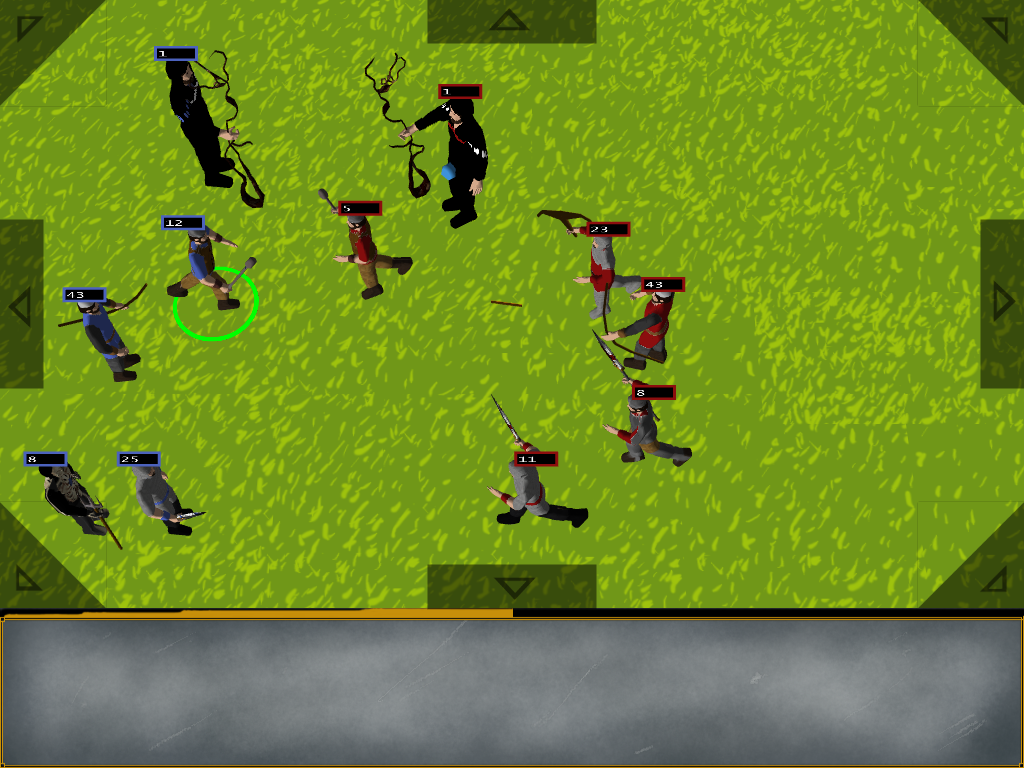 We took a video of the two of us playing against 2 hard AI's.

You can play the updated game at www.empirerising.net