Whats Abyss Raiders? Its top down shooter set in to far future after great civil war on planet Neptune. You are member of former Kraken squad, now known as notorious pirate band fighting for profit and reputation.

Whats Abyss Raiders? Its top down shooter set in to far future after great civil war on planet Neptune. You are member of former Kraken squad, now known as notorious pirate band fighting for profit and reputation. 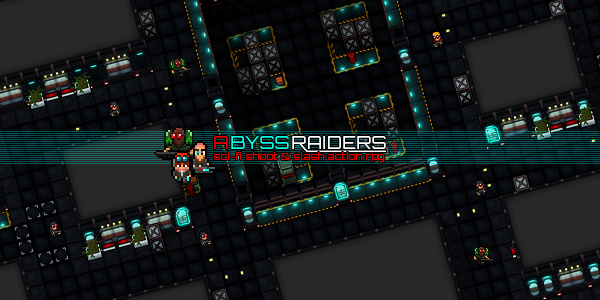 Nothing too original, but definetly something i am missing nowdays. Game is about gaining reputation and game currency by fighting to the death in arena-like levels, shooting everything that moves and collecting everything that might have some value. Player gains experience and levels up during each fight picking talents(perks)to customize his character to fit his actual taste.

During the mission the game generates random objectives player can complete for additional score and experience. Objectives are quite simple like defeat a miniboss, kill certain number of enemies, get data from main computer, blow something off and many others depending on the location.To keep player moving there is number of powerups scattered through each level, be it simple medkit, ammunition boxes or ability enhancers. They respawn afters some time same as the enemies as i wanted to force player to be running around like in deathmachmatches of quake or unreal tournament. This combined with endles tide of enemies should ressult in intensive action. Enemies are constantly respawned and their types and numbers are controled by simple phase mechanism lets show this on example: When you start the level the phase is set to "1" and game is spawning just basic enemy soldiers, they follow you through the level, trying to get line of sight on you and then they try to shoot you. After certain ammount of time phase is switched to "2", game starts spawning additional type of enemy called sarge. Sarge is bit tougher than basic soldier, hes firing in bursts and when he loses the line of sight on you, he ll throw grenade to the location he seen you last time so playing a peekaboo with this type of enemy is not a good idea.After some time the phse is switched to "3" and i think now you allready got my idea how the game is getting harder and harder as time progresses. 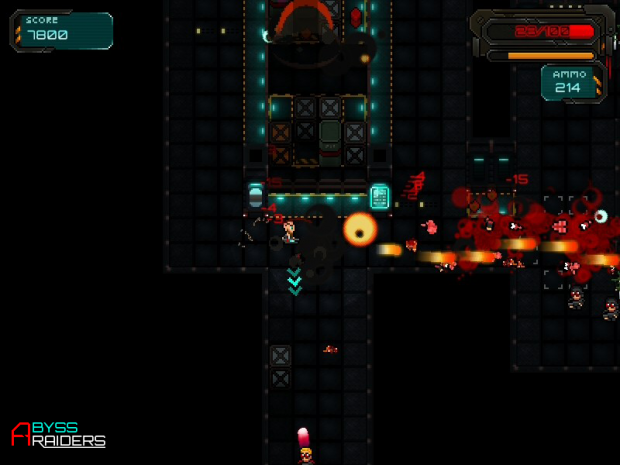 Each level is played till you die or exit the level through emergency exit. If you die, you die. You keep your score, reputation, cash collected and you lose your experience as every time you start a new level you start again as lvl1 with no perks. Emergency exit is something you may pick instead of next perk when leveling up everything remains the same as in case of death but you receive a score and cash bonus for getting out alive.Between the missions player can use money he/she earned during the mission to purchase persistent upgrades for his characters or unlock new ones. These persistent upgrades enhance basic atributes and the level of upgrade is capped by most experience earned with given hero. 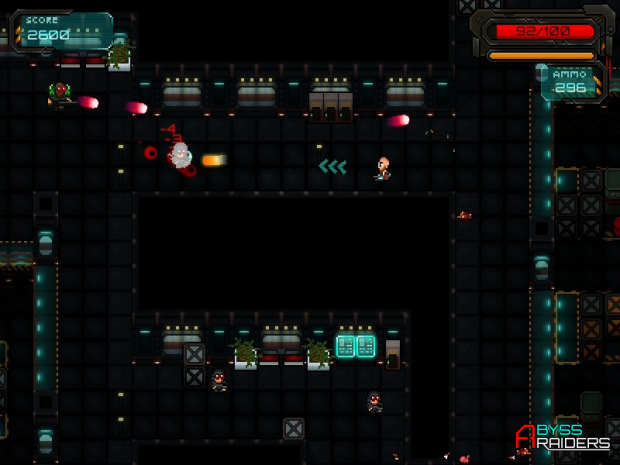 As simple as possible WSAD, ARROWS and SPACE(sure these can be rebinded). What these buttons do differs hero from hero. WSAD is always used to move arround while the rest can serve differen purpose.

For example first hero implemented in game uses arrows to shoot in given direction, wsad to move around and space to activate rapid firing mode consuming his energy(mana-like).The second hero uses wsad to move as well, arrows to quickly dash around and space to slash her sword in arc in front of her. Really nothing that special, but i ve seen many great games, whitch were screwed by sloppy controls and i belive this simple concept serve its purpose very well. Am i going to implement mouse aim? Nah, the player is able to shoot in 8 directions and levels are designed with that in mind, all turns are 90 degrees so there should be minimum aiming issues and these whitch remains are part of the fun.

Im drawing pixel by pixel however im not sure i can call that what i do pixel art as im using gradients for shading and not limiting my clour palete. In addition im cheating a bit as all game sprites and tiles are drawn in dimensions of 16x16 and then i resize(using nearest neightbour) them to 32x32 before animation. Basicaly my pixels are 2x2 sized whitch allows me to make smoother animations and add tiny details time to time, however have to be careful with theese as they can become disturbing really fast, distorting whole impression. 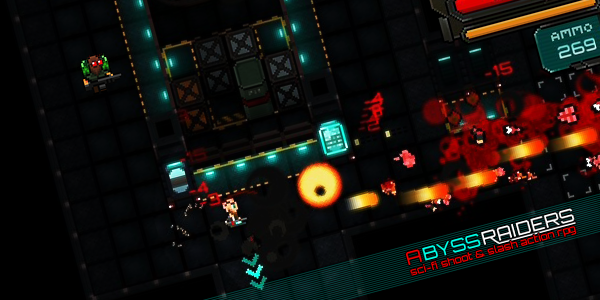 Im using this "double size" cheat as my abilities as artist are really limited and while im sure animations of characters can be done the same or even better without this little trick i think its better to confess where my limits are at the moment and use workarounds instead of fooling my self.

While i used Stencyl for my first project Awaken:Underwater Odyssey whitch just got released on Desura last month and for sure its really good tool for someone with 0, minimal or outdated(my case) coding experience like my self I decided to switch to game maker for this project. The reason for that were terrible compiling times in case of Stencyl as waiting 10 minutes or more every time you want to test even little change to the game when the project got bit bigger than average flash game is not fun and i belive i spent half of development time waitng till the game compiles.

The second reason was game performance as for first month i ve got this game both in game maker and stencyl as i was still unsure whitch tool im going to use for this project and in game maker game performed much much better and in current state the game sits on 700 fps in average and thats a lot of space for visual quality improvements like more particle effects and stuff. First week after transitioning to game maker was harsh but my 15yrs old programing experience helped a lot and now im working even faster than with stencyl after year of experience working with it. Still there might be some issued i did not touched till now, like pausing or saving game, but i belive these will not cause any trouble.

I hoped i ll continue my cooperation with Develop Device as he provided stunning tunes for my previevous game, but as the pay was not good in that case(awaken earned just to pay it self and not really much extra)i feel like i left him disapointed. I operate with little to 0 budget so i think i ll probably have to purchase soundtrack from envato unless someone volunteers for this task.

Im trying to keep this game as small as possible as i dont want to spend year of work on something that dont work like in case of Underwater Odyssey. Im planning to start releasing the preview builds in following weeks to see how the game and ideas behind it are received. Right now im working on simple game with simple concept, but if players ll like it i ve got ton of stuff i can add like mission hub, your own pirate submarine interiors, more heroes, more levels, more everything! So it all depends on how good the game preview build ll be. If the game ll not be as good as i imagine, it ll be finished probably by the end of summer as free to play game and i ll try to get some money back by selling its graphics as top down shooter kit on envato like in case of Awaken.

However i hope for oposite case and then i ll be able to spend more time on polishing the game and adding content, maybe even try steam green light and work on the game until all my ideas ll be implemented. 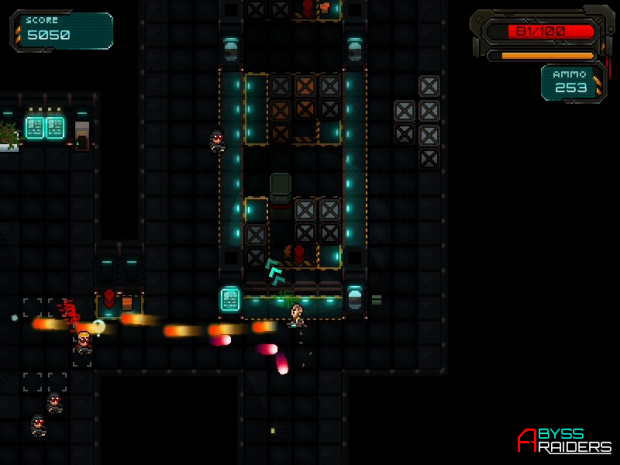 Thats all for today, in next update i ll try to describe you the game world after great civil war on Neptune, introduce you the first two playable character, enemies and hopefuly show you some progress.