Assault rifles are all well and good, but when you really need to tear a person to pieces, nothing fills the air with metal quite like a combat shotgun.

And for those times when a regular combat shotgun isn't generating enough flying body parts, connoisseurs turn to what must be the most outrageously devastating hand-held anti-personnel murder machine in existence: the Atchisson Assault Shotgun, or AA-12. Fully automatic and drum-fed, the AA-12 fires five 12-gauge shotgun shells per second, with extreme reliability and so little recoil that strong men can shoot it Arnie-style with one hand. 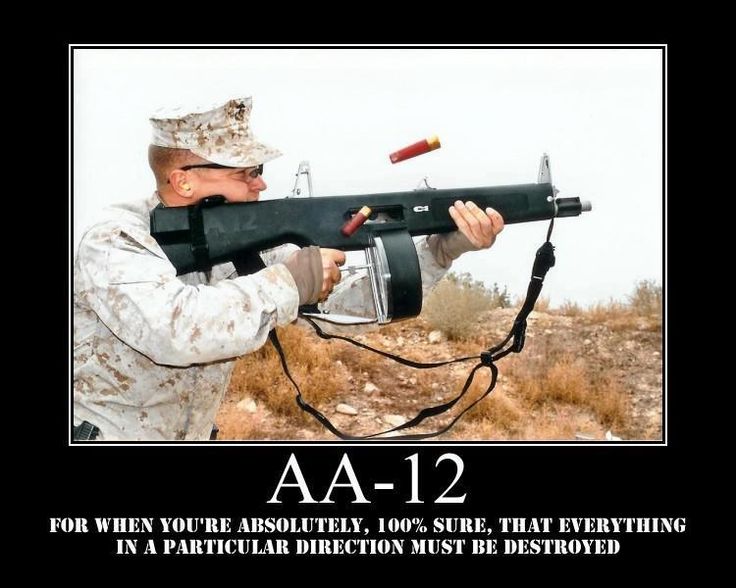 And if that hail of hot buckshot isn't enough to make both shooter and target need a change of underpants, consider this: it has been developed in conjunction with the FRAG-12 - a new type of shotgun cartridge in which each round is a small, flighted high explosive or fragmentation grenade accurate up to 175 metres.

This staggering weapon was first developed by Maxwell Atchisson during the Vietnam war in 1972. He later sold the patent to Military Police Systems, inc, and weapons designer Jerry Baber spent the next 18 years perfecting the machine.

Baber's modifications included changing the AA-12 from blowback- to gas-operated with a locked breech. When the bolt flies back after firing to cycle another round, around 80% of what would normally be felt as recoil is absorbed by a proprietary gas system. A recoil spring grabs another 10%, leaving the final recoil a remarkable 10% of the normal recoil for a 12-gauge round - so you can point the AA-12 at a target and unload the full magazine without significant loss of accuracy. 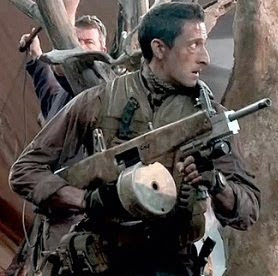 Baber says the AA-12's aerospace-grade stainless steel body is self-cleaning and it self-lubricates with carbon from the shells' detonation. His personal AA-12 has fired upwards of 9,000 rounds without ever being cleaned or lubricated, without any plastic fouling from the shotgun shells, locking or jamming - issues which have plagued other combat shotguns like the Benelli M1014. Baber believes this is because the AA-12 is the first gun designed from the ground up to be a combat shotgun, rather than an adaptation of a hunting or target shooting gun. It will thrive in the sandy, urban battlefields of today's antiterrorist war theater.

You've got the option to load the AA-12 with either an 8-round box magazine or a 20-round tommy gun-style drum - but it's largely inconsequential in automatic mode as the 20-round drum takes only 4 seconds to expire if you hold the trigger down. That's a lot of ouch.

Being a standard 12-gauge shotgun, the AA-12 is compatible with a fairly wide variety of shells - but the one that's got our attention is the FRAG-12.

Designed and made in Britain by the Experimental Cartridge Company, Ltd and Action Manufacturing, Inc, the FRAG-12 is a standard 3-inch 12-gauge cartridge case and propellant, that fires a small warhead and fuse assembly that arms itself 3 meters out of the muzzle and explodes on impact thereafter. Small stabilizing fins pop out when the warhead leaves the muzzle, spinning the projectile and giving it an awesome 175-meter effective range. 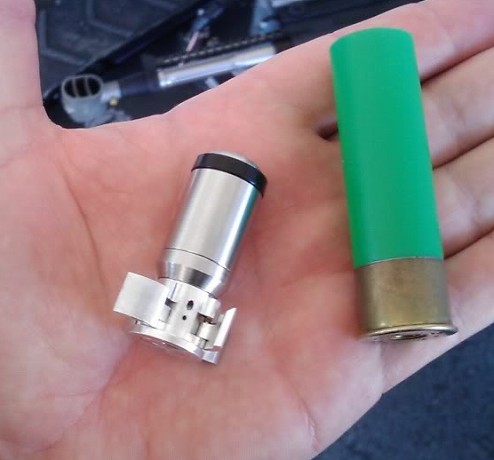 FRAG-12 rounds are available in plain high explosive (HE), high explosive fragmenting anti-personnel (HE-FA) and high explosive armour-piercing (HE-PA) varieties, each designed to mince foes in different locations and situations. The frag grenade, for example, can be put through the window of a house from 100 metres away, and will explode with a burst radius of up to nine feet. Send a dozen in there, and there'll be very little left when the troops go knocking on the door. The tremendous firepower of the AA-12. 12-gauge shells do a heck of a lot of damage to a person when fired one at a time - let alone high explosive 12-gauge mini-grenades fired at a ruthless 5 per second. 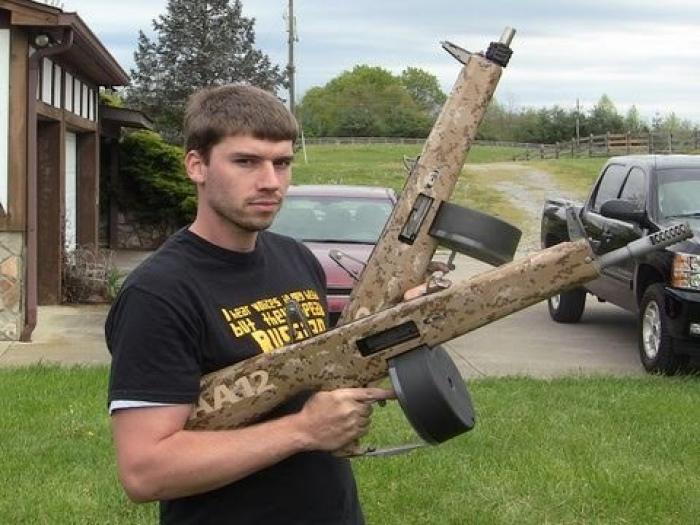 I am not a modern fan but this gun is cool