A summery of the huge progress we made in the last three weeks!

It's been three weeks since our last update but we have been very very busy!
In the meanwhile we've designed seven brand new puzzles!

Puzzle 4:
- Two of a kind (Advanced).
- Style: Destroyed/Overgrown
- Test Elements: Blue gel + cubes + funnels + Fizzlers
- Difficulty 8/10
Note: this map will not be in the mod but it is available as a download here.

As if that's not enough we've also completely re-made a map we had (destroyed) to meet up with our standards.
There are some minor changes to the layout and some tweaks to the puzzle but you can still recognize the original map.
Unfortunately we lost all the nice detailing from the original map so that has to be completely re-done. But we'll get on to that as soon as possible.

Not only have we worked on creating new puzzles and re-building old ones: there's also been a lot of work going on in the detailing of the maps. The difference between before and after is incredible and once the mod is out we will show some before and after pictures because we don't want to spoil the looks of the new version yet!

We will however post some nice screenshots from the puzzle "Two of a kind": 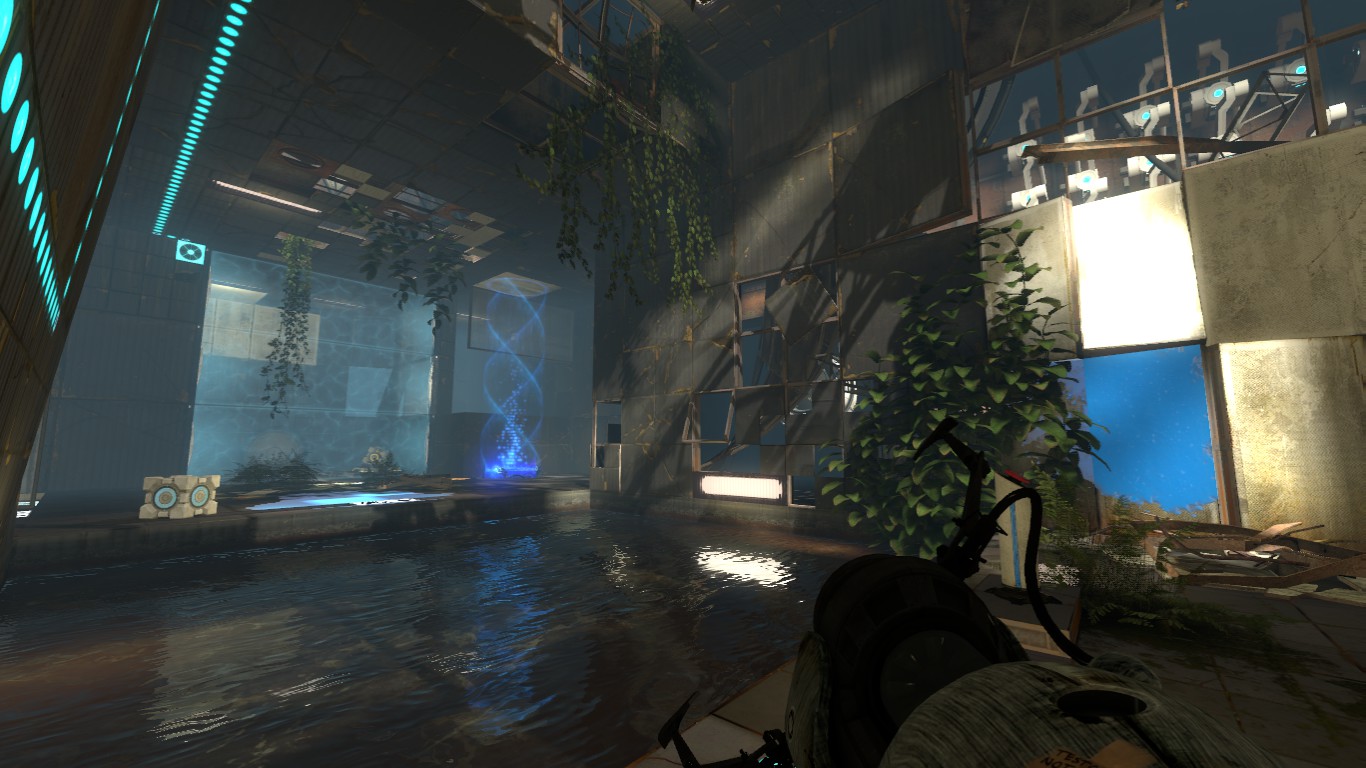 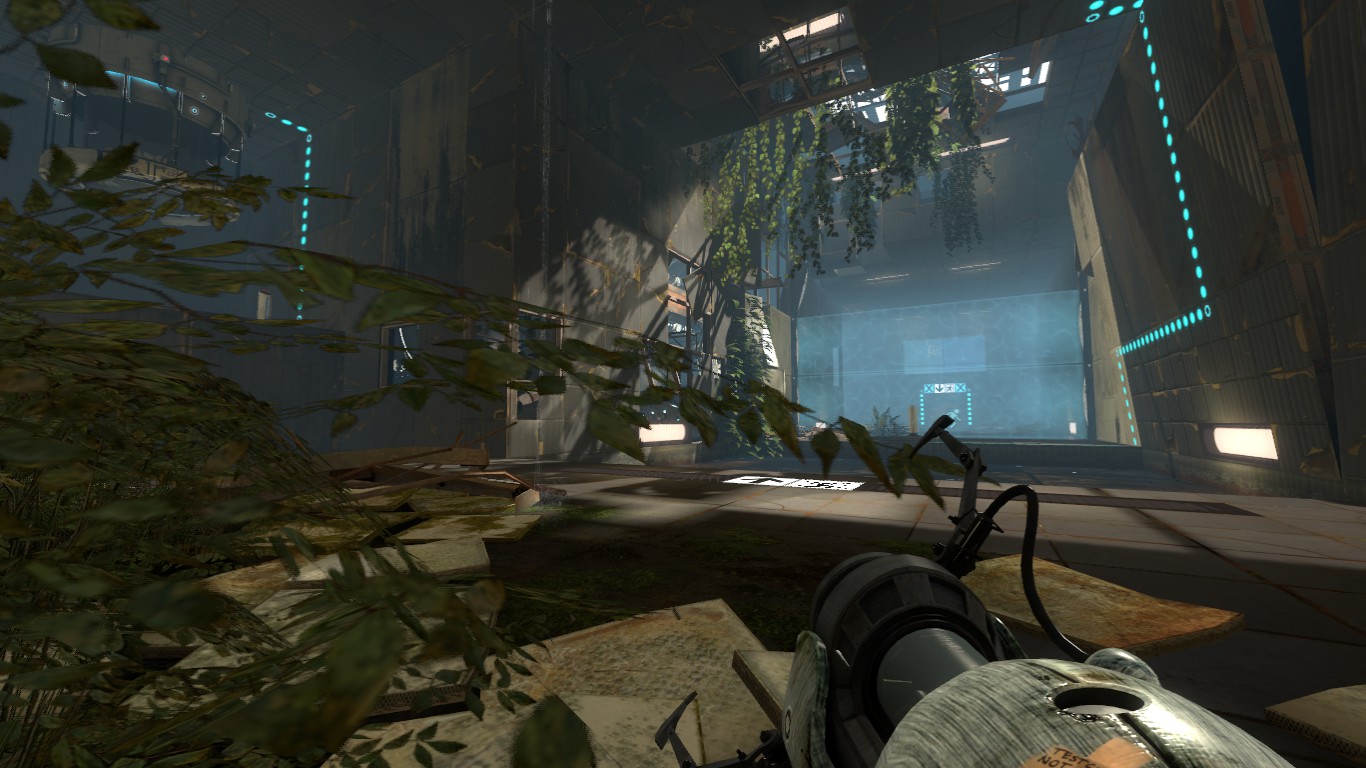 make sure to check the Images page for the full size images!

I don't know how likely it is, but is there a chance of anything like this very being implemented? Youtu.be

Not in this mod. The biggest problem with sticky gel is that it was left over in the code for portal 2 initially. However in dlc 1 it's been removed and replaced by the reflection gel you might have seen.

Also there's a very good reason why the sticky gel got cut out: it causes motion sickness for a lot of people. And well, that's not good or enjoyable, so no, it won't be in Portal Stories: Mel.

There will be plenty of other awesomeness though :D

Can't wait, you guys are awesome.