More than two months have passed since the release of Back To School campaign. It is time to sum up and tell you about our plans for the future.

More than two months have passed since the release of Back To School campaign. It is time to sum up and tell you about our plans for the future.

But first of all, Happy New Year Everyone! 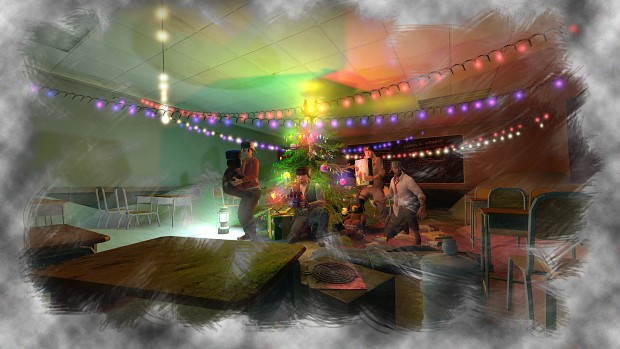 Now back to business. During the last two months so many things happened that we’re still feeling dizzy! In the beginning we couldn’t make the first release of the campaign perfect as we wanted (nasty "Non-stop hordes" issue a bit spoiled the impression from the first version), but luckily we were able to fix the major flaws in a week. But after that, everything went much better!

During these two months, the campaign has been downloaded a total of more than 450 000 times, and the trailer has been viewed more than 55 000 times. Our campaign was mentioned on PC Gamer site and also on PC Gamer US Podtcast. Almost every day since first release, you could find a new video on YouTube, with people playing in our campaign and having, it seems a lot of fun! It's incredible! We are very grateful to all of you!These numbers and achievements are very impressive and unexpected for us! And again, thanks to all who supported and supports us! And special thanks to the guys from PC Gamer, your note was very pleasant and most unexpected for us

Now about the plans. We've got a freaking ton of feedback from you guys since the release (you know that you’re awesome?). Error messages, suggestions and much more, all of which we carefully considered and wrote down. As soon as the holidays ends (Here in Russia we’ve got Christmas on the seventh of January), we’ll continue to work on the new version of the campaign. You can view the full list (150 items and still filling) below. You most likely will not be able to make out the text, besides a large part of it is written in Russian. The purpose of this picture - only to give you an idea of how much work we're still going to do.

One more interesting thing for you. We have received an invitation and currently engaged in a private beta test of Left 4 Dead 2 WorkShop. Version 1.05 of our campaign is fully functional in WorkShop beta now, but we still continue to try our best to help developers from Valve create a convenient tool for both modders and users.

At the end a little more media for you. We recommend you YouTube channel of our friend RandySunn and his awesome show “The Safe Room Podcast” (turn down the volume at the beginning, you have been warned!):


This is a unique show for left 4 dead community: modders interviews, discussion of new campaigns, maps,mods and much more. In addition you can watch playthrough by Randy and his friends. It's pretty funny. Also you can watch other playthrough here, the best playthrough at the moment in our opinoin. This guys are very attentive to details and immersed into gameworld entirely!

Happy New Year to you, too :) When will be the WorkShop available for everyone?

Well, no one told us about this anything, but in my personal opinion it won't be out this month, i think a lot of things still need to be fixed.

Back To School Team Developer & Publisher