All new is: that all 3DBE´s bridge building capabilities have been taken to make a complete and finalised coherent Bridge building game, really in 3d. It is called 3d.Bridges
And then of course all the bugfixes, polishing, soundfx, balancing, interface improvements. 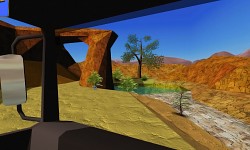 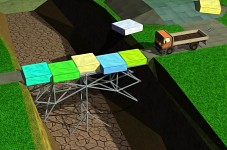 3DBE profits directly from every development going to 3d.Bridges and in return as well. Its now a 2in1 program with a switch to change between the versions at any time. For playing and in development, too. 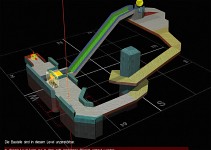 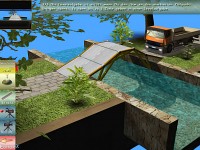 The idea is to get a finished, fully logic but simplyfied game. Simplified in the meaning that the focus for 3d.Bridges is on bridge building only. What is still such a big field for a thousand more whole different levels ideas and unlimited different ways to solve them, even without the use of hydraulics or rockets, already. The interface and functionality of 3d.Bridges is optimized for the better overview and easy to use.
Where 3dbe wants to be the powerful allround Engineer, beeing kind of serious.. Is 3d. Bridges the bridge to the motivating gaming experience, focussing on campaign and leveldesign.

- Steam key is included once avaiable. SOON !
- 3DBE is developing and growing instantly.
- The price is raising with every big update.
- Buy cheaper now, support developing, and get permanent access to every
update, extensions and also branch development like to the full version of 3d.Bridges.
- 3DBE comes with 3d.Bridges from version 0.997.

I have a question. Is it native English or Native Deutsch?