This time our media update is all about the Amusement Park in central Pripyat.

For 31 years the Chernobyl nuclear power plant and the ghost town of Pripyat have been the embodiment of the dangers of nuclear energy. This time our media update is all about the amusement park in central Pripyat, which was supposed to be opened on May 1st 1986. 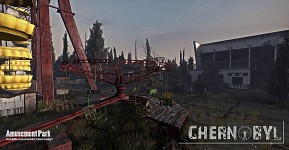 Due to the catastrophic events on April 26th the park never saw its official launch though. According to reports the attractions have been opened for a brief amount off time to take people’s minds of the catastrophe right before the evacuation began. 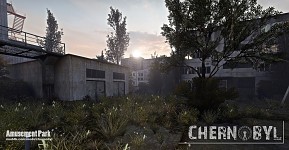 The park featured several attractions like a bumper car platform and a carousel, but nowadays the most iconic ride is the Ferris Wheel. 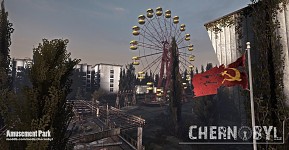 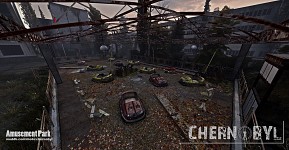 We hope you are satisfied with our interpretation of the park and its surroundings and will stay tuned for future updates!

Man I can't wait to play this when it's released, it'd go great with the Russian Weapons and S.T.A.L.K.E.R Replacements I use in Left 4 Dead 2.

Yes me too, Im already using russians weapons only on L4D2, so Im ready. :D

Can we get a release date already, please? 'Cuz this is really taking forever.

We feel your pain, however as hobby designers there often appear real life issues which prevent us from progressing as planned. We just don't want to set a release date we then can not keep. In addition we don't want to rush in certain departments and deliver the best product possible. I hope you can appreciate the dedication we put into each segment of the campaign and stay with us a little longer.

maybe the most polite response ever

Great! Can't wait to play this , this will fit perfectly with my addons. Steamcommunity.com

Such amazing idea and the mod already looks promising from the screenshots, Tracking