Profiles for the Rylor, the Rylor Bull, and the Winged Rylor in Din's Curse: Demon War. 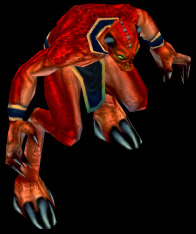 The grim rylor attack with timed bombs, obliterating enemies without qualm. Being of a fire nature, Rylors hate the cold. Though cultured in their own fashion, they tend to retain a nasty disposition and only respect power. 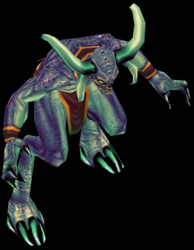 From the rylor clan, the baleful rylor bull taunts its victim senseless with rage, but before the victim can strike, the bull smashes them with its mighty horns. Rylor bulls are impulsive, jumping into fights without considering the odds. 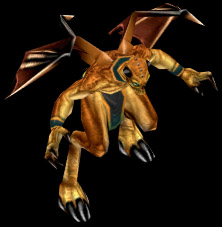 The rylor breed, winged rylor, uses wicked blocks and savage attacks with its wings. They are adaptable to many climates and diets, aiding in exploration and the spread of demonkind.