Making movie magic! Check out our process and how we pull cinematics together!

Posted by DonleyTimeFoundation on Jul 6th, 2015

You asked and now you will know! How do we do that magical cinematic storytelling? Let’s see shall we!

For setup - We use a combination of Esoteric’s Spine software for animation and GameMaker Studio. Obviously you could do all we do without Spine but for us it's a huge timesaver for setup and quick iteration.

First – well, to be frank, we plot out the script. Any old word processing program or whatever you like works at this stage. Just layout the idea and the plan out the art assets you will need. From there we move into Photoshop for basic pixel artwork. We also reuse sprite and assets from the game (huge timesaver). We can call in any asset previously made and have it run any animation we like. For the most part we are running talk idles and general motion idles during cinemas. Background objects have their own idles for things like blinking light panels or machinery.

Second – we bring it all into Spine for basic layout. Here’s the magic of our system in place. We can position all the assets and place all the bones for things like dialog balloons (both the tails the main balloon can be positioned in Spine). The reason for this is to allow a nice level of precision. During gameplay the balloons are dynamically placed and that’s fine for high action but here we want composition and control.

This image shows the setup in Spine of the various assets 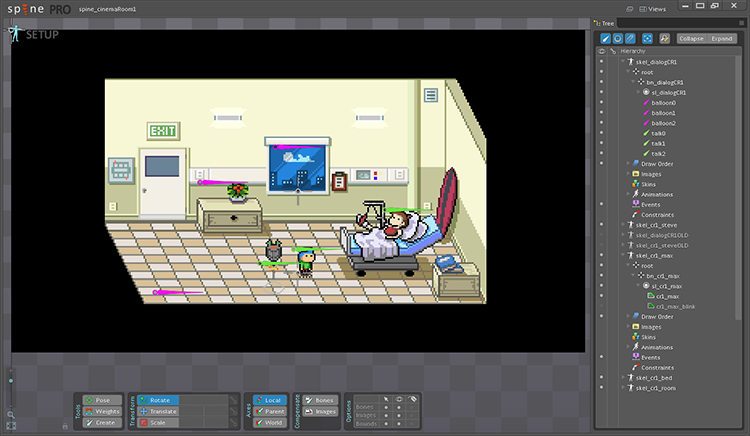 Third – We take the rough script and convert it into ‘cinema-code’ in Excel. This is just an easy-peasy way to get the code all straightened out and cleaned up. It’s WAY easier to enter and edit in here than most text editors especially if you are dealing with code snippets as part of the input. 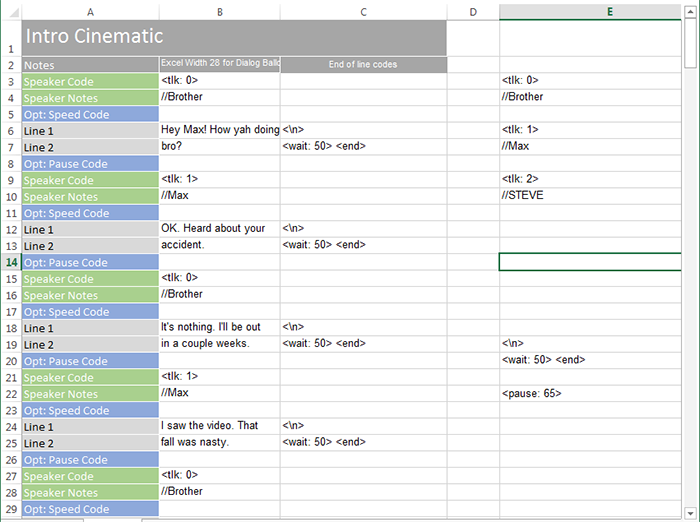 Fourth – The code is simply cut and paste from Excel and BAM! Cinematic script is all done! 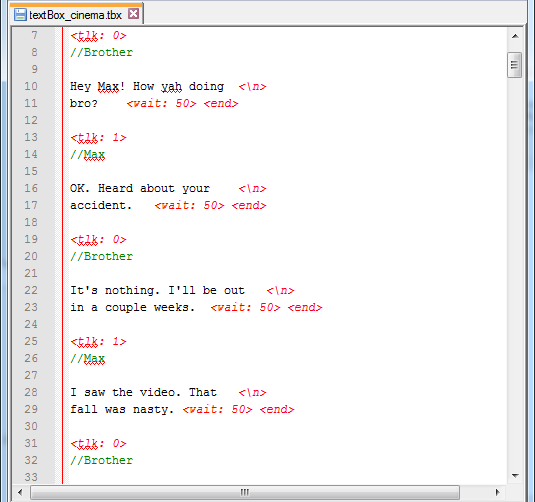 Fifth – then we test things out. The assets are called out from a script and loaded up. Here’s a snip from some game dialogs. 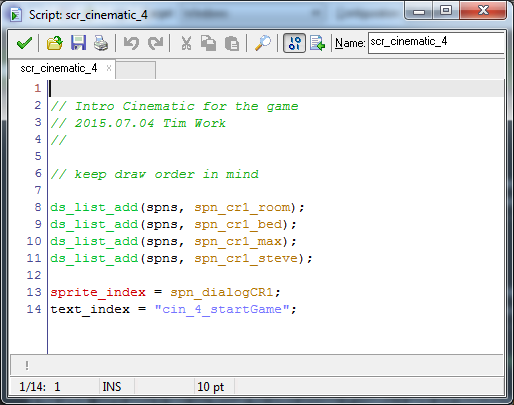 The above script tested

Some later dialog during this cinema.

Bringing it all together.

Kite Hill time! It all comes together when we get to watch our characters in action. Sometimes simple questions are the most profound…

Hope you enjoyed this look and come back next week for more! Remember to live your dreams!

The art looks awesome! Good Job, keep it up.

Thank you so much! Really appreciate the kinds words and we will keep on!