We bring you a look at the way we plot out one of the game achievements. Join us for a look at the art and design behind the process!

Posted by DonleyTimeFoundation on Jun 29th, 2015

Creating Achievements and Quests for the player

While working on Boss 101 we’re always looking for things to add which increase the playability of the game for the player. Things like mini-games, quests and achievements are a few of the tried and true ways we keep you in the experience and tell more story.

You already know about hats in the game. These are the basic player buffs you buy which increase various aspects of the main character (firepower, immunities, money gained, etc). One of the things we thought might be neat was to hide hats across the game levels. The FIRST idea we had was to make these hidden hats tied to some level of damage or characters defeated. That would mean the achievement could come up any time you met the requirements and probably during a moment you were not expecting. That’s cool and all but for us it took away some of the fun behind the achievement.

We ended up modifying the idea to require the player to be actively looking for these secrets. Kinda like a miner searching for gold. With this in mind we created what we call ‘achievement hats’. These are things you buy then USE to actively search for the hidden hats in the levels.

A few things come from this. One is we make the whole thing a much more active process. The people finding these secrets are LOOKING for these secrets. We can also tailor the rewards accordingly knowing people went out and worked for it a bit harder than those who might have gotten it otherwise.

Now, of course this is all debatable and the way achievements are set up in any game is open to interpretation. We do think for us on Boss 101 we have a nice system here which allows players to not only play a great game with a fun story but also spend a little more time using the skills and weapons they mastered doing fun side jobs.

First – the achievement searching hat itself bought in the player store: 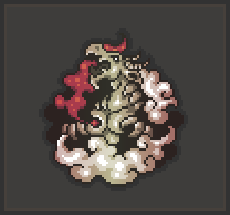 Second – Here’s the hat with its phases of animation:

Third – the player wearing the hat during a round and searching for a secret:

Fourth – When you win the achievement it shows up at the end of the round win screen: 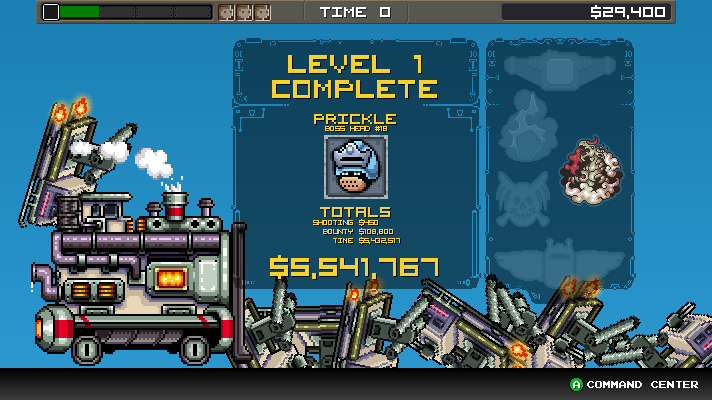 Fifth – The achievement is then transferred to the player map screen where he can see how far along he is for round completion: 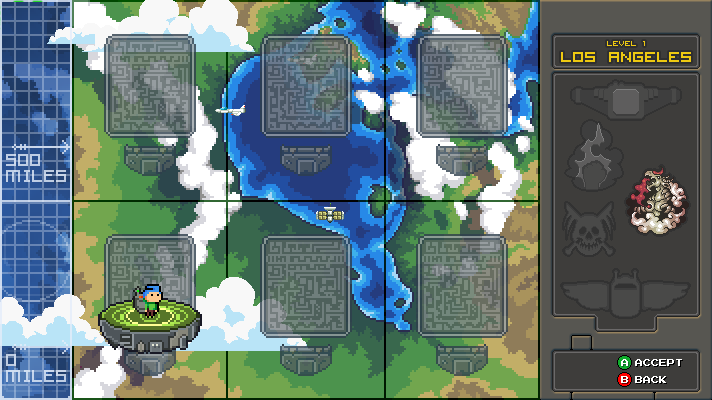 Hope you enjoyed that little look at the way we are setting up but one of the many things you will be doing in Boss 101.

Tune in next week and remember to LIVE YOUR DREAMS!

Looks, nice. But what are all the random things in the background of the round win screen?