A retrospective of URR in 2014, and some thoughts about what's happening in 2015!

Posted by UltimaRatioRegum on Dec 27th, 2014

And thus, 2014 draws to an end. What did 2014 mean for URR, for my experience of making URR and everything that happened this year, and where does this mean this game and blog and all the rest of it will be going from here?

2014 began immediately after 0.4, my unwise attempt to introduce gameplay before the game was ready for it. Although I was reasonably happy with what you could do in Ziggurats, it lacked any real spark when the world was otherwise so empty, and I realized that it was time to finish off the worldbuilding before actually trying to add any more gameplay (only one release to go!). At this point I turned to fleshing out the detail of the world, and creating a space to interact with that should be every bit as dense, nuanced, and sometimes idiosyncratic, as the real world of a couple of hundred years ago. 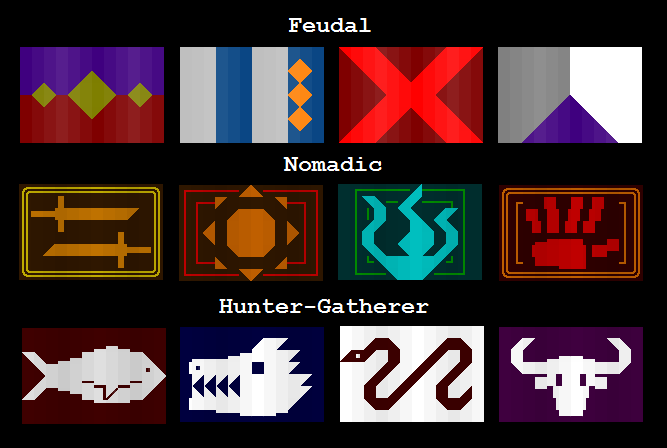 From this work I released 0.5 in April, which gave us history generation, a vastly improved world map, religions, coats of arms and families, religion and civilization detail, and was the first release that took place after I finally figured out what the game was actually going to be about! I was very happy with this release, and a lot of people who had previously been sitting on the fence about whether or not I was ‘committed’ to finishing the game were persuaded at this point. Success! 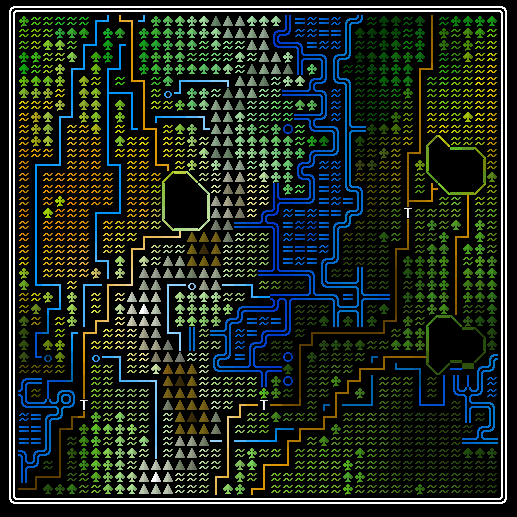 This also pointed the way to the next release: making all these cities, towns, farms, settlements, fortresses and so on actually explorable, rather than just icons on the world map which told you “You can explore these in the next release!”. So, 0.6 began, and ended up being the longest release I’ve ever done, but also by far the largest. The amount of content in 0.6 is probably equal to, if not more than, all the other releases put before it (especially since 0.1/2/3, back in the day, were basically my attempts to figure out how to program a game whilst also programming a game, an approach which may have been a tad unwise). I committed to making every district unique, every fortress generate according to its own algorithm, and basically maximizing as best I could the length of time until players could/would become “used to” what they were seeing. This process isn’t finished yet, and 0.7 and 0.8 will both contribute heavily to this, but it’s a major development along the path of making URR as dense and varied a world as I want it to be.

Released a couple of weeks ago, 0.6 is the first release that I feel stands on its own, even as just a detailed ‘world simulator’ at this point. Although naturally the four planned releases for 2015 should be great and introduce some gameplay, I don’t feel the need right now to keep telling people “but just wait until the next version!” when they look at 0.6. It gives a good impression of the kind of world we’re dealing with, and something about the kind of game that’ll take place within it, and I’m very happy with that.

It was also during this year that I finally realized that Science and Technology Studies (STS), the field of my doctoral research of the last few years, was not where I wanted to be, and that game studies most definitely was. The first thing I ever did in this field was a presentation on the semiotics of roguelikes (which I am currently writing up into a full journal paper) which I gave at the Canadian Game Studies Association Conference, and the response to this (and my overall experience there) cemented for good my shift to game studies. As such, although right now I’m putting the final touches to my doctorate (submission mid-January, at long bloody last), all my other academic work is now on games. I’m incredibly happy that I’ve made this shift, that my early work has got such a positive response, and indeed that a number of people within game studies have shown an interest in URR themselves. I love the possibility of academic/creative crossover in my work, and we’ll have to see where this goes from here.

Lastly, you may notice a NEW BUTTON (www.ultimaratioregum.co.uk/game/support) on the menu at the top of the blog. This is the first step towards redoing/reworking this website over the course of 2015, and is a response to the very generous comments from lots of people who want a way to directly support the game. That contains a link to a donation button, but more importantly, I note on that page that I would actually much prefer that people support the game by ‘spreading the word’ than direct monetary support (though I certainly do appreciate that immensely). So, if you like what’s going on at the moment, and what I’ve got planned for my year (roughly) of full-time development over 2015, please give it a look and see if you’d like to give me a hand spreading the word of this glorious Scientific Revolution world to every corner of the internet.

In the mean time, I hope everyone has a great new year – I’ll be back next weekend with a post about my plans for the coming year and, indeed, the coming five years, and then regular URRpdates and the odd game analysis piece will return to normal the week after that. In the mean time, you can keep up to date on my devlog, Facebook page, or Twitter. See you then!

Thanks! 2015 is insanely exciting to me right now, especially once we get to NPC wonders in 0.8 :)

Good luck to this project, seems to be going to be a hit like Dwarf Fortress.

I hope it doesn't take 20 years to finish like Dwarf Fortress.

Nope - although my "scope" is similar to DF, my intentions for the game are actually much more focused, and I anticipate a total of 10 years dev. 3.5 years are done, the game will have major gameplay by the end of 2015, and the game will be "winnable" and "losable" soon after that!

Cheers, I damned well hope so.