So, one year without any mews or screens has gone... but mod is not dead yet.

After year of hardly working with mod we adds some nice features looks like : Arena gamemode, Bonus maps and Unlockable chambers, also we retexture ALL weapons and (in future) wanna add's new weapons but that content in progress...So at present we make a poster of the mod:

And a Black Mesa maps (on a story of a mod) goes to final version soon, and we show W.I.P. Screens as show a progress of a mod: 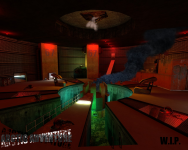 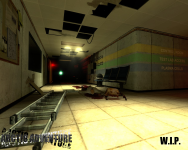