I found a nice article about cat. Written by Greg Lindberg – Copyrighted © www.weirdworm.com

Cats. You’ve seen them doing weird and outrageous stuff all over the Internet and their absurd behavior has made them the poster children of the most cute and insane pets one could own. The common house cat will surprise their owner with weird behavior that is sometimes indescribable and alien-like. All of the attention-seeking behavior boils down to their greatest trait – being able to manipulate owners into getting what they want (See Great Sphinx of Giza). Weird behaviors in cats have been studied with little to no real explanation, expect for the thought that when a kitten is removed from its mother at too early of an age it develops strange psychological behaviors, such as pulling out a gun on you.

Was your cat a baker in another life? No, your cat is most likely recalling its kitten days when it would knead the nipples of its mother to get milk. The kneading motion consists of the cat pushing in and pulling out on material, like a soft blanket, with its front paws. A popular theory for why cats knead is that the cat was most likely taken from its mother too early. Another theory is that kneading is an inherited trait from ancestors to make a specific area for resting comfortable. The cat is calm, content and affectionate when kneading and will often purr loudly and possibly suck on the blanket that it is kneading. 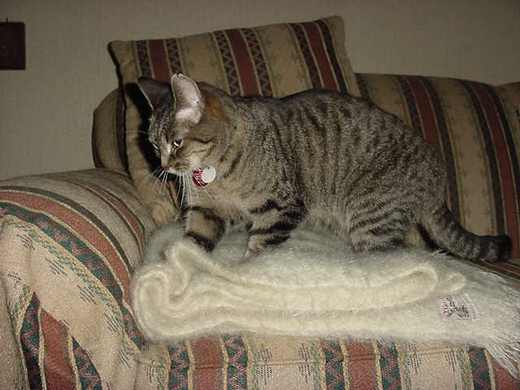 Some people may think that dogs rule and that cats suck. Well, some cats suck. Your cat may lick and suck on your wool or cotton materials. This really isn’t a problem if you don’t mind a little cat spit. This unexplained behavior is also theorized to come from early weaning of kittens. This behavior isn’t dangerous as long as your cat doesn’t ingest lint, wool or other materials when sucking. A cat will also often encourage you to pet it while it sucks. However, most cats grow out of this behavior and move on to much stranger, unexpected behaviors. 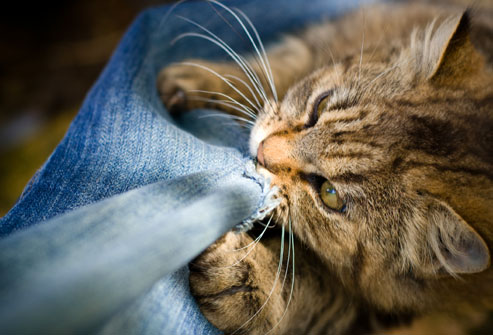 When your cat gives you a head butt, consider it like receiving a high five from your furry little friend. No, your cat wasn’t a ram in a past life either. This is just another way that some cats show affection. Go ahead and head butt your cat when is starts to slowly charge its head to you. Not too hard though, just enough to reciprocate the strange affection. 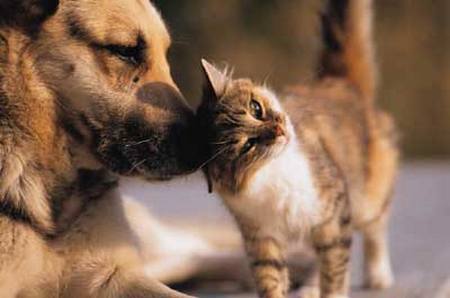 So, you go up to a cat and pet it a couple of times and then it quickly licks the area of fur you just petted. Don’t feel offended; cats are animals that love to be clean. Just as some people don’t like cat scents, some cats don’t like people scents. It’s a popular theory that cats have the urge to rid themselves of human smells as often as possible, especially when they are not in the mood to be pet. However, if you’re an optimist you could go with the theory that the cat just wants to indulge in the taste of your scent. 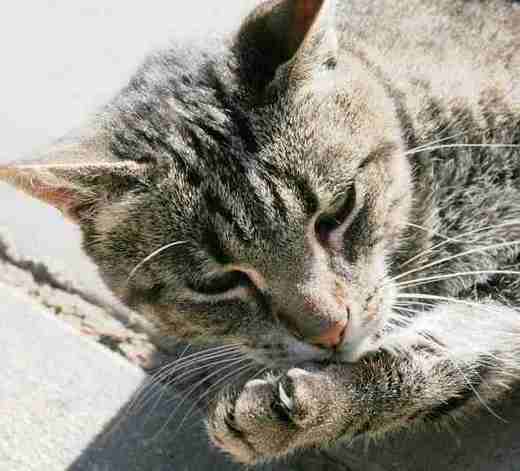 You may see you cat pretending to bury the area near its food bowl after its done eating. Perhaps you cat is just being imaginative or maybe your cat is trying to say it doesn’t like the food. No one really knows why a cat acts out a burying motion, but many believe the behavior comes from an ancient instinct that has been passed down genetically. Cats are known for burying their feces in their litter box, so maybe they’re telling you that the food you’re giving them is no better than cat poop. Pretty rude, huh?

Catnip, or nepeta, is a plant that most commonly grows near railroads and is known for its mesmerizing effect on cats. Some cats may sniff a little bit of this stuff and act like they have taken a hallucinatory drug, and some cats might act like they have a harsh buzz by aggressively attacking other cats and objects. Often cats will roll over on their backs, eat the catnip or simply ignore it. Often non-effective with kittens, the catnip phenomenon is hereditary in different breeds of cats, but simply amusing to owners when it is effective. 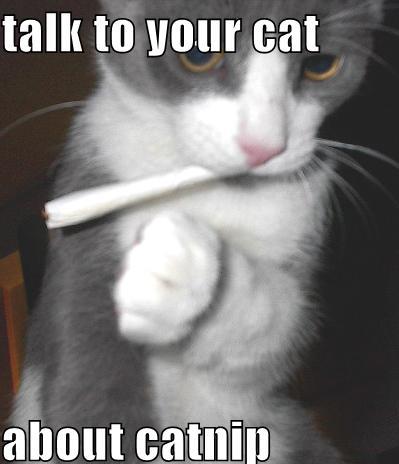 You may wonder why your cat is putting on an Elvis impression after it has sniffed something. The behavior that makes a cat appear as if it is sneering is known as flehming, and it happens when a cat smells something intriguing to its senses. The upper lip of the cat will curl back and the odor will draw further into the roof of the cat’s mouth, known as the Jacobson’s organ. In my own experience, I’ve seen one of my cats sniff another cat’s butt and then sneer. 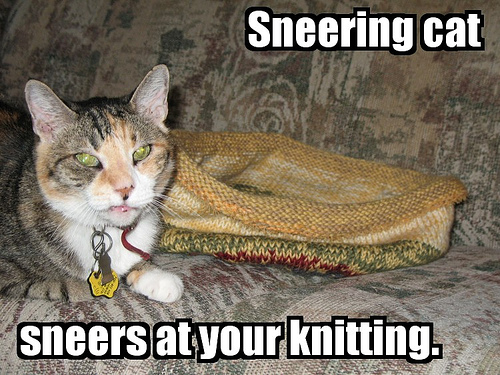 Your cat loves running water whether you know it or not. Many cats secretly love water as long as it is on their terms. If water is dripping from a faucet your cat may try to lick all the water that comes out of it. Cats love fresh water, but the sound and sight of running water can put some cats into a euphoric trance. You may even see your cat move their paw around in their water dish at times. This is because they love the motion of the moving water so much. 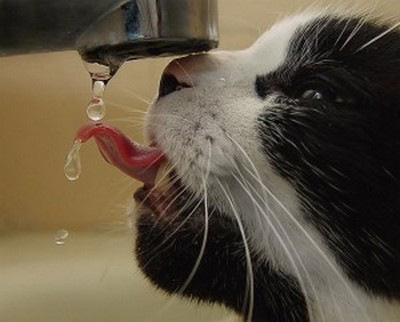 Your cat knows you too well. Your cat comes up behind you while you’re sitting on your sofa and begins licking your hair. You are one with your cat now as your cat thinks you are a cat too (or just some tall, weird cat that can bring it food). Some cats may even try licking your legs, arms, hands or face. It’s another one of their strange ways of showing affection, but it’s also free bath. 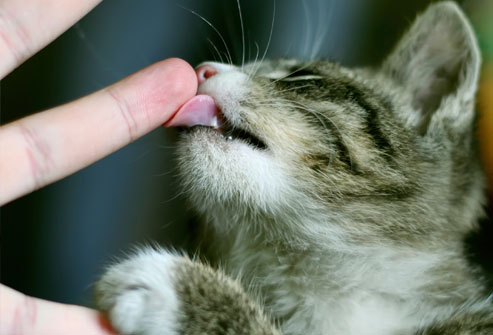 Just when you thought you and your cat were the best of friends (face licking, kneading, head butting, etc.), your cat surprises you with a full on ninja attack as you put your socks away into your dresser drawer. Cats like to sleep in dark, hidden places and sometimes you may startle them to the point where they may jump out at you. Another scenario is that your cat has been waiting, crouched in your bathtub all evening for you to enter butt naked. Yes, cats are unpredictable and strange creatures. That’s why I shower with my clothes on. 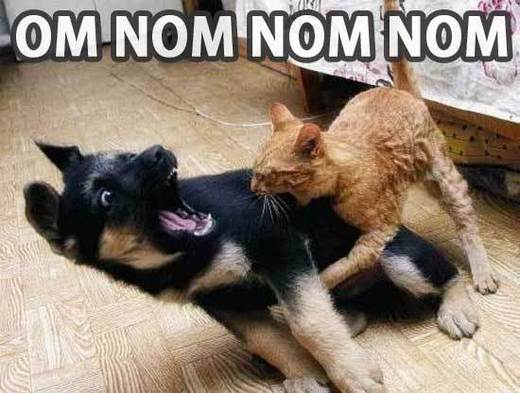 surprisingly i have some of those symptoms... THANKS DOCTOR!

so true true that the truth is a lie

My cat farted inside my house(when I used to still live with my parents) and we had to get out and wait about an hour! it smelled like hell in there!

My other cat, Charlie has all 10 of these behaviors LOL!

the only thing my cat didn't do was Burying stuff!

Mine also do not do it.

cool my cat haz done some of this stuff

I have a cat that u can squrt with the hose and it just standa thair, bath with no spit :)