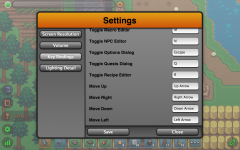 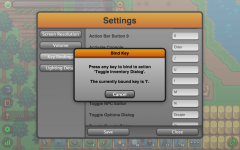 Players can also finally control their character's movement via the keyboard. The default keys for movement are the arrow keys, but can be remapped with the new keybinding feature. This feature is very new and does make some changes to the way character placement is handled. With that said, a few bugs are likely to be lurking somewhere in the code and should be summarily squashed in the days to come.

NPCs are now capable of 'evolving' or growing into other NPCs, and is the basis for how chicks become chickens, or a shorn sheep regrows its wool.

Cows, sheep, and dogs have finally arrived in Lugdunon. Cows are milkable by clicking on them with an empty bucket. Sheep are shearable with the new shears tool (provided in the four standard tool grades).

All of the farm animal types now have a baby and adult stage, and sheep have an additional stage for when they have been shorn.

A wider array of materials is now gained through farming including: mutton, beef, horn, leather, and wool.

Horns and leather are used to craft the new horned leather helmet with more leather based recipes to follow soon. 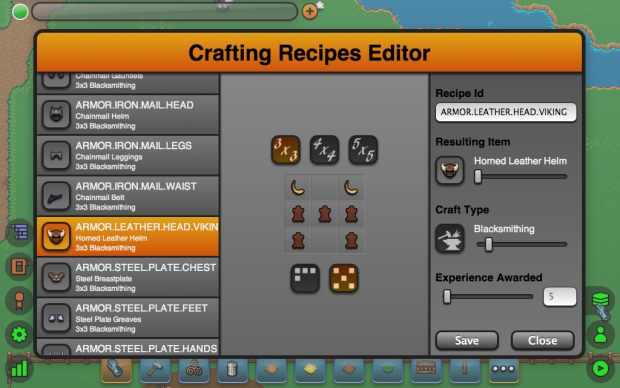 Two new crafting professions (arcane research and alchemy) have been added in preparation for the upcoming spell casting system. Brewing was also added as well.

Also of importance are some memory management work, and the ability to call certain commands (only form the machine that is actually hosting the server) by calling a URL.