We have released a public alpha of Wheels of War to gather feedback. Windows and linux are supported with the 0.1b patch. Go and unleash the carnage!

And then install the 0.1b patch over the top:
Wowar.salteh.net

Just unzip the contents of the the 0.1a downloaded file into your /Enemy Territory: QUAKE Wars/ directory, and then do the same with 0.1b! This release is for both Windows and Linux!

This version is a very early alpha release. We expect that you will find bugs, and you may feel that the gameplay is not up to the quality of which you expected. Zombies, stunts, upgrades and more will be added in time.

We have decided to release this early as community involvement is high on our list of priorities. We believe instead of having a long closed testing phase, by releasing early and frequent releases we can take your comments and critisism on board quickly and allow a higher quality game when we eventually come to release the 1.0 version. 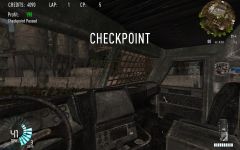 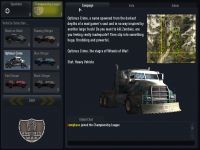 We would love to hear your feedback, good or bad, over in the forums at Wheelsofwar.co.uk . Thanks!

Features you will not see in this release:

BTW, when I played earlier today I played on an EU server & it ran pretty smooth. Ironicly, with ~13 people it played like Carmageddon 1 with 8 over a token ring network @ 4mbs. :D