In Hearts of Iron IV, as in most of her games, Paradox gave little to no attention to "minor" countries, mostly emergent under-the-equator contries. One of them is Brazil.

Brazil is the 5th largest country and the 8th richest in the world by 2019. It has one of the largest mineral reserves of the planet and has a player in WWII, having it's 27,000 strong Expeditionary Forces, the Pisa-based FEB Pisa, forcing the surrender of a joint German-Italian Army, lead by General Otto Fretter-Pico, and being the most important army in the breakthrough of the Eastern Section of the Gothic Line and the liberation of the Po Valley, in what would end in the liberation of Ravenna and Bologna from the Axis, which culminated in the dismantling of the Italian Social Republic of 1943.

Between 1930-1945 Brazil suffered one of it's most troubled political times and it's second biggest economical and industrial boom of the 20st Century. The Vargas regime was marked by a Civil War in 1932 between the major brazilian states, the discovery of strategical resources in Brazilian territory, like Oil and Tungsten, the foundation of major government-controlled companies and most of the countries' industrial, military and legal bases.

Not only it's was a great time for the country, it was an unstable time of competition between rural oligarchs, liberals, integralists, communists and varguists for the absolute control of the nation and the capacity to set the countries' future.

In light of this historical setting and the importance that such decades represents of Brazilian history, it's nothing but fitting for it to have a focus tree, complete with a plethora of decisions, military and civil leaders, ideas, songs, sounds, resources, manufactories, advisors and flavour, in both English and Portuguese.

Here are the major features this mod adds
- An in-depth focus tree, being perfected on since June 2016, coming along with
--- The option to enable/disable sounds that play on completion, which include anthems and speeches
--- A trade-oriented diplomatic branch
--- A scaled and organic industrial branch
--- Player-friendly political, military and scientific branches, with the option to restore the Monarchy
--- The option to build Brasília
--- A technology to fight much better in the Amazon
- Game-setting ideas, with custom GFXs
- Huge decision categories, which range options for
--- Kickstarting the National Alcohol Program
--- Developing your industry with flavour through the Ministry of Public Works
--- Picking a leader among dozens, all of which having custom traits and being part of an contextualized ideological group
- Detailed map with at least 3 major cities per state, with lights on at night
- Carefully written localisation, in order to contextualize the player as much as he likes about the historical setting.
- A plethora of advisors, also with custom GFXs
- Dozens of Army and Navy leaders, with custom GFXs and thought-through skills
- Technology names and GFXs
- Custom designers and manufactorers, also with their own GFX

I've been working on this mod since 2016, and appreciate the support the steam and ModDB community have given me so far. I hope that I can continue my work for the forseeable future, in order to guarantee a pleasant experience for anyone trying to play this marvellous south american nation.

Wish you all good fun,
VF

You guys thought i was dead, right? Well, you are wrong.

For those who don't know what my mod does:

"The Mod adds a Unique, historically-based, focus tree for Brazil, largest country in South America and her informal major power. It also adds more generals, policies and resources, all based on actual aspects of Brazilian Society to improve anyone daring to play as the South American Nation."

-Me, some months back then

For the last days i had been researching map customization. My goal, since i created this mod, was adding new cities and Victory Points, in regards to my countries' major urban areas.

So, yeah, i finally did it: 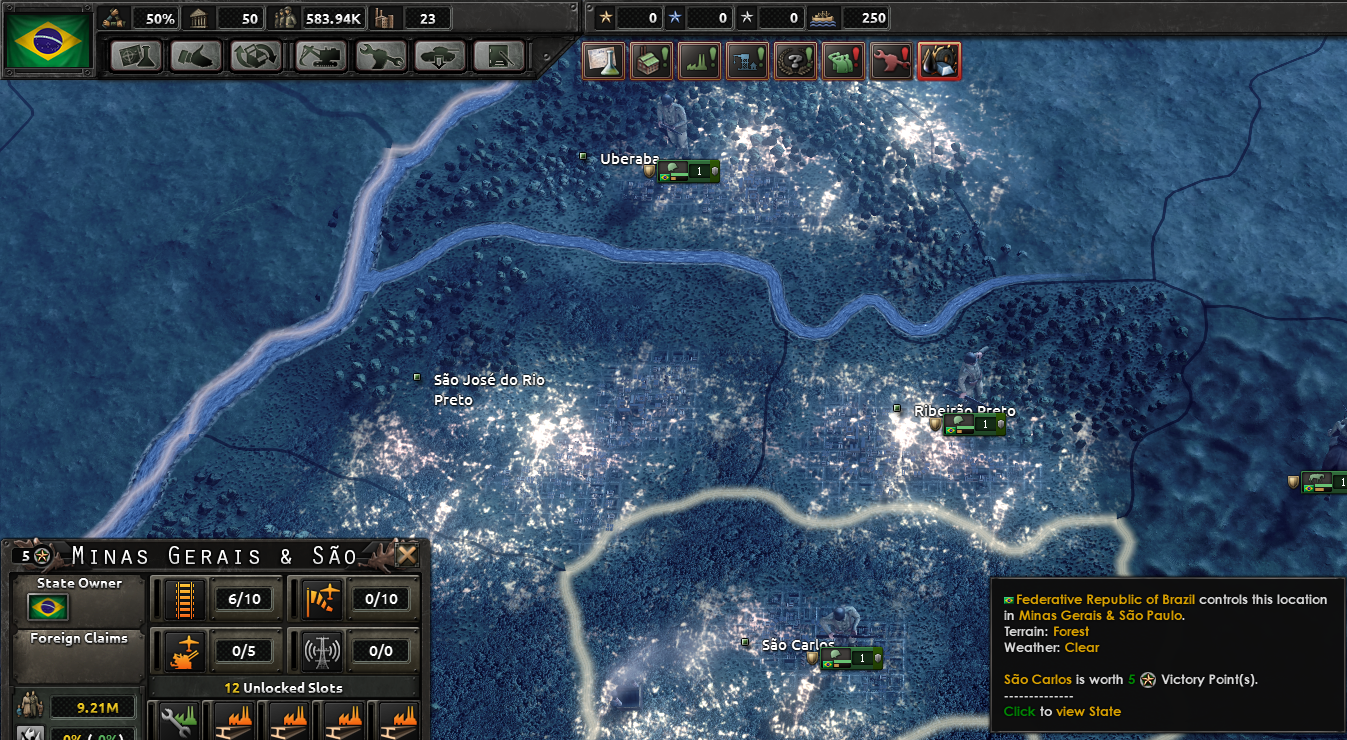 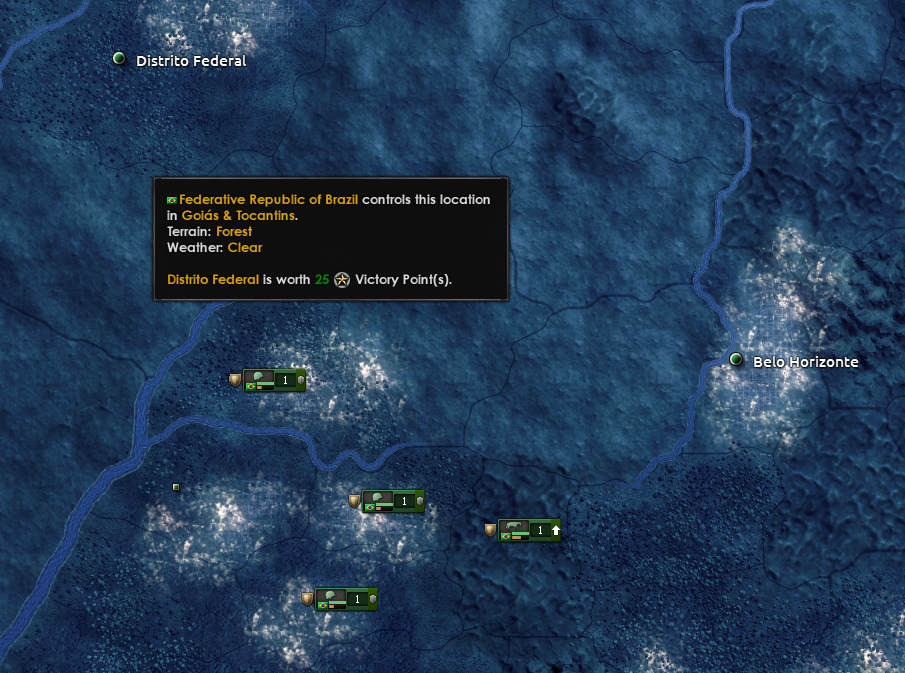 And it's absolutely glorious.

Also, i've finally fixed the music. Turns out it was a typo. Well, now you can play as Brazil with its best military marches while you head on forward to victory against the vile Argentine!

Also made some bug fixes and the best pun-idea from a brazilian to other brazilians.

That's pretty much it guys. You can download it here:

Have fun out there!

This is a little article i'm writing showing off my little mod: VFacure's Brazil.

Another expansion is coming soonfor Hearts of Iron IV, so here's five more mods to welcome you back!

Remember to change the path inside vfb.mod and descriptor.mod text files to where you're installing the mod to.

Re-did a lot of localisation Added a small branch for the Restoration of the Monarchy (!), instead of two focii Re-distributed some industrial buffs Made...

Simplified many mechanics to clamp down on lagging: performance should be up by a bit. A plethora of custom GFX have been added, including for all advisors...

Works with all 1.6 sub-versions. .mod file including, should work properly;

After having the Steel industry established, the Labor Laws implented and the Highway System renewed, you can pick a new focus, through which you will...

This version includes all the updates i've been posting since 1.5.1 came out. Sorry for not releasing sooner, but i finally got a really stable version...

A very good mod. Even though for me it's a little unbalanced in resources, the mod fills very nicely the gap about Brazil in HOI.