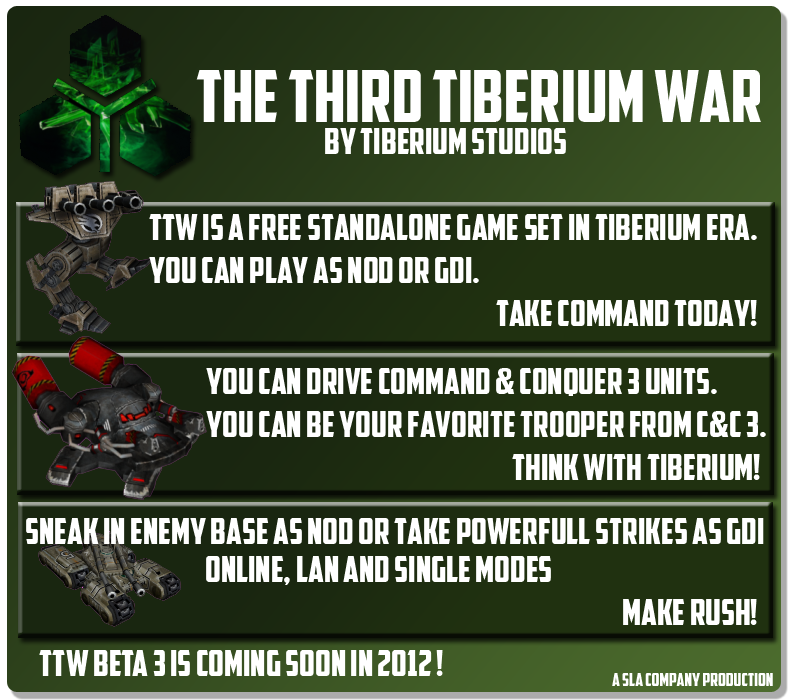 TTW is a Standalone First-Person Shooter based on Tiberium War III. You can play as GDI or Nod. Free to play. After first tiberium wars, GDI they think they killed Kane, but Kane wants to gets his hand on Tacitus.

What Beta 3 will feature?

Will feature many more changes, like new maps, better buildings/vehicles/game-play. This Beta will have FDS released (Dedicated server). Many new game modes. More things to come.. 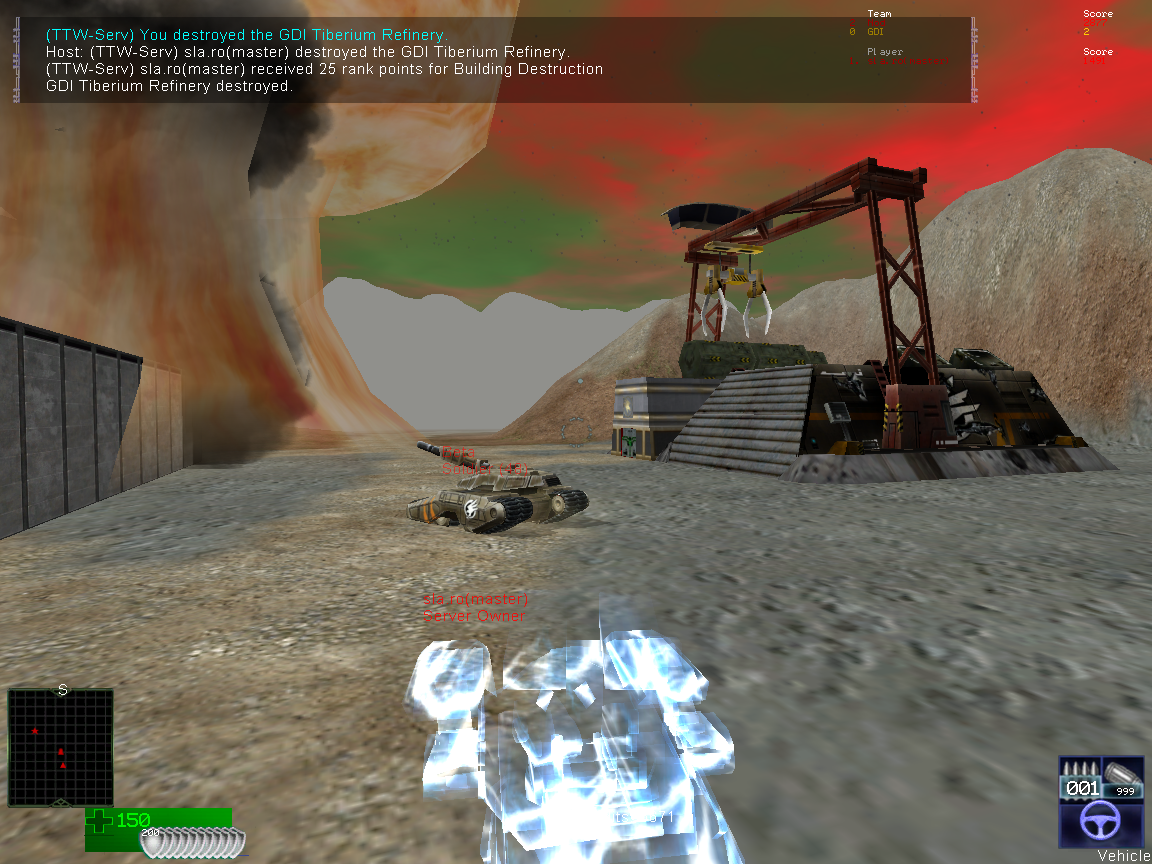 The first blog post for changes made in past week, we will weekly (when we do make something for TTW) post new changes that were done. Have fun!

Try the testing version of TTW Beta 2 today, join our server and play :)

Tiberium Studios needs you! join the development of The Third Tiberium War.

We have now setup a new website, forums and IRC. See details for more information.

This is the latest Beta of TTW (cnc 3 fps). You can play online on our hosted server 24/7 or you can host your own server (that will appear on server...

You need this Launcher fix to play online and without having problems with server list. download this and install it where TTW is located, you need TTW...

TTW Full Beta, extract this anywhere (do not install it over anything else, Renegade isn't needed for TTW Full) 1: Extract IT - 2: GET LAUNCHER FIX ...

the gdi juggenaut not walk. why?

Will there be skirmish support or not

I Have a question. What is the difference between this mod and Tiberium Crystal War?

If I can get some people interested in continuing this game in the next couple of weeks, I will come back with a final status for this game. I'm currently busy with a lot of things, but I will try my best to make time for TTW too.

Do not expect miracles, but expect the mod to be playable at least!

It is 2018 5-6 years after beta three none servers are working neither are you websites. If it is not dead yet we can still save it keep up your work so it doesn't die, and as long as it is playable i am fine.