Time for a new map. This time though something straight from the series.

Before we go into presenting the goodies we need to make a quick throwback to our last news post and get you up to speed. If you remember correctly we had you vote for a proper name for Fallen City 2. Well the results are in and it is now officially called Maceria. Thank you everyone who participated!

Now on with what you're here for:

We have shown you a lot of maps that we have created for our mod so far but most of them are merely inspired by and not taken directly from the series. This time however we'd like to introduce you to our version of Abydos, one of the most well known locations in the Stargate universe which we have been working on for quite some time now. 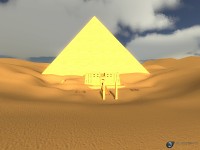 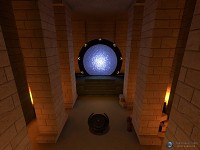 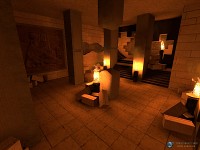 These screenshots show the current progress of the map our now lead mapper Redline is taking care of. One of the main game modes you will be playing on it - Assault, more on this another day - has the Goa'uld Anubis attacking the planet, sending his Jaffa on a quest to find the Eye of Ra. It is the Tau'ri's job to prevent them from steeling the Eye and getting it back on Anubis' ship. 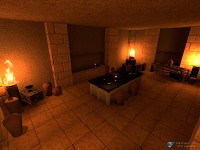 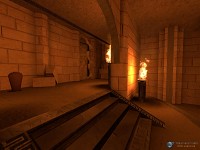 Those pictures have been added to our gallery on our website - there you can view them again along with a short desciption.
We'll keep you posted as we update major things such as the sand texture or the skybox!

It's time to go "through the wormhole".

Was it that long ago? O.o seems like ti was just a few years ago that Stargate came out.