This total-conversion mod takes the Battle for Middle-earth II to the Fifth Century BCE, replacing the original content with two new, fully-fledged factions: Sparta and Athens. Completely new content, strategies and more awaits you. This project is brought to you by Kwen, Matias, Lauri, njm1983, Glaeken and Mike who are hosted at the3rdage.net, a division of revora.net.

The Peloponnesian Wars development team is proud to announce the first update of the Summer of 2012, formally announcing the creation of the Athens faction!

The Peloponnesian Wars development team is happy to announce a return to production now that the summer months are upon us! We're dedicated to getting the Athens faction designed well and ready for release as soon as possible, so this first Summer Update will set the stage for more content in the coming months. 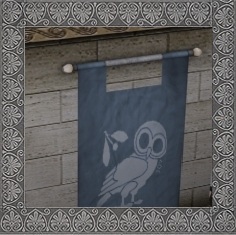 The owl was venerated in Athens for its place on the shoulder of their patron goddess Athena.
The Athenians minted their silver with it,had it watch over their ships from the sails,
and looked to it as a symbol of wisdom and intelligence.

The political situation between the Greek poleis in the Fifth Century BCE was an explosive one. Two rival powers - the lion, Sparta, and the shark, Athens - claimed to be the protectors of Greece and sought to rule over the whole of the Peloponnese. This project focuses on the conflict between these two city-states, and has already shown the warriors of Sparta; now it is time for the citizens of Athens to make their debut. 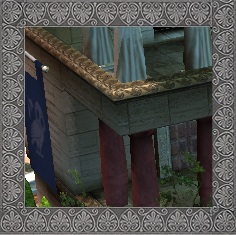 Unlike Sparta, which looked down on the arts, Athens was a great hub of creativity -painters, sculptors, and craftsmen of all trades came together to make beautiful creations that inspired artistsfor generations. This is reflected in the more colorful and elaborate building designs for the faction.

Athens was significantly more urbanized than Sparta, importing resources from distant lands rather than producing them itself. If the marketplaces were the hearts of commerce, then the civic centre was the brain of the city. There, the greatest minds of the city came together to vote on how the city would be run. In-game, this building is the equivalent of the Spartan Fortress, and serves as a building where heroes can be recruited to lead your armies. 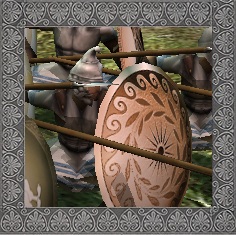 The armored hoplite was the principle fighting-man of all of ancient Greece, and Athens was no exception. However, unlike Sparta it did not arm its soldiers from a state fund, so there was greater variety in their equipment.

While Athens was less militaristic than its rival, it still valued skill at arms and athleticism. All citizens were required to serve time in the state-organized military, but they had to furnish their arms and armor themselves. Reporting to barracks throughout the city, the Athenians practiced sparring matches of unarmed, blunted weapon, individual and team combat to properly ready themselves for battle. One notable soldier for his home was the great philosopher Socrates, who was a veteran of the Second Peloponnesian War. 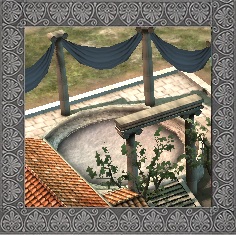 The model for the Athenian Barracks includes a sparring arena
and some olive trees, which were common all throughout Greece.

Another way in which Athens differed from Sparta was in how it fed itself. Sparta was very agricultural, using helot-worked farms to feed its people. Athens, closer to the sea, relied on the bounty hauled up by fleets of fishermen to keep from going hungry. This is included in the mod in a revolutionary resource-gathering system where the player can produce fishing boats that passively produce resources. They can be anchored in a set place, increasing their revenue, but this makes them stationary and vulnerable to raiding from enemy warships, so it's a good idea micromanage where they are placed. Just as naval warfare was prevalent in history, so it shall be represented in this project, so keep an eye out for more naval-based updates! 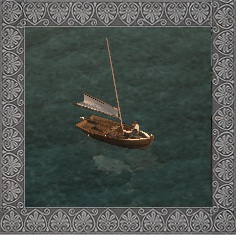 Here you can see humble fishermen plying their trade in the fertile waters of the Aegean Sea.