The Clone Wars Revised team is happy to show some teasers of the upcoming version. In this article you'll find some familiar characters from the show coming to the mod, plus addition of a whole new way to play the mod.

First of all, thank you all for the spectacular 2019 everybody. There are many wondrous moments to remember. The developer team thanks you all supporting the mod and we hope that 2020 brings many more wonders and surprises towards the way. Huge thanks to S1thK3nny, Needo, Javitolo98, Noctisspector, Missing Texture for their dedication and time and effort put into the mod to make The Clone Wars Revised possible. Another huge thanks go out to the admins of The Clone Revised Discord server: Business Bill and Soupyy_ for their stupendous work on managing the server. Secondly, a bit late for this, but hopefully everyone had great holidays and a Merry Christmas. In the comment section, we'd love to hear about some interesting things that happened over the holidays. PS: S1thK3nny does love Porgs even though he says no and he wishes for you all to direct message him some Porg pictures for his new year resolution through Mod DB or Discord. Additional PS: Has anyone seen where the Porgs went? They seem to have gone missing throughout the holidays.

Now enough of the pleasantries lets get right to the good stuff, eh? In this coming update we are glad to showcase the legendary 501st legion in phase 1 form:

Denal comes with a modified DC-15S Blaster Carbine, various types of grenades to cause havoc to the Separatist Alliance forces, and carries a supplement of health and ammo supplies to help troops refresh on the battlefield to keep them in the fight longer. 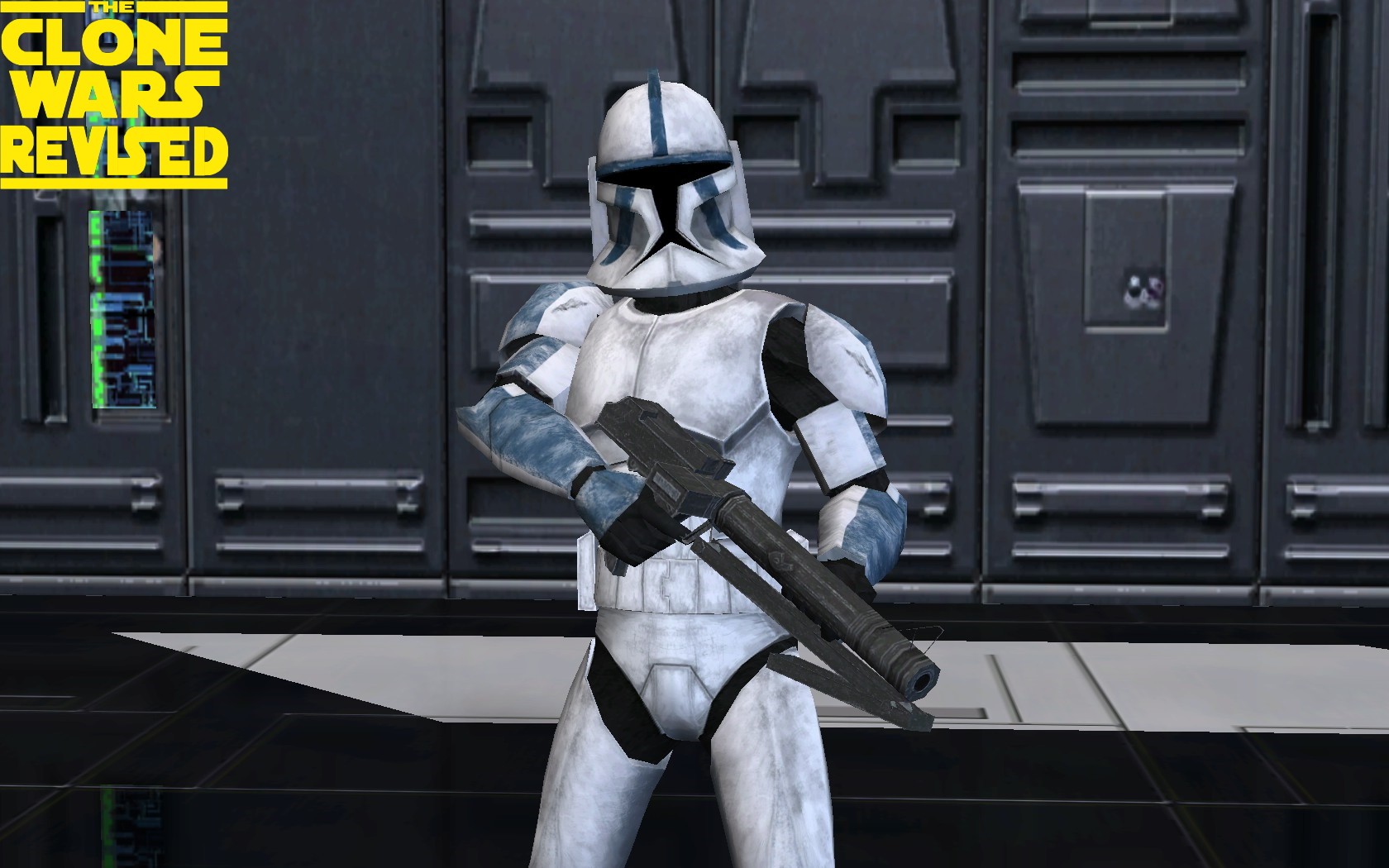 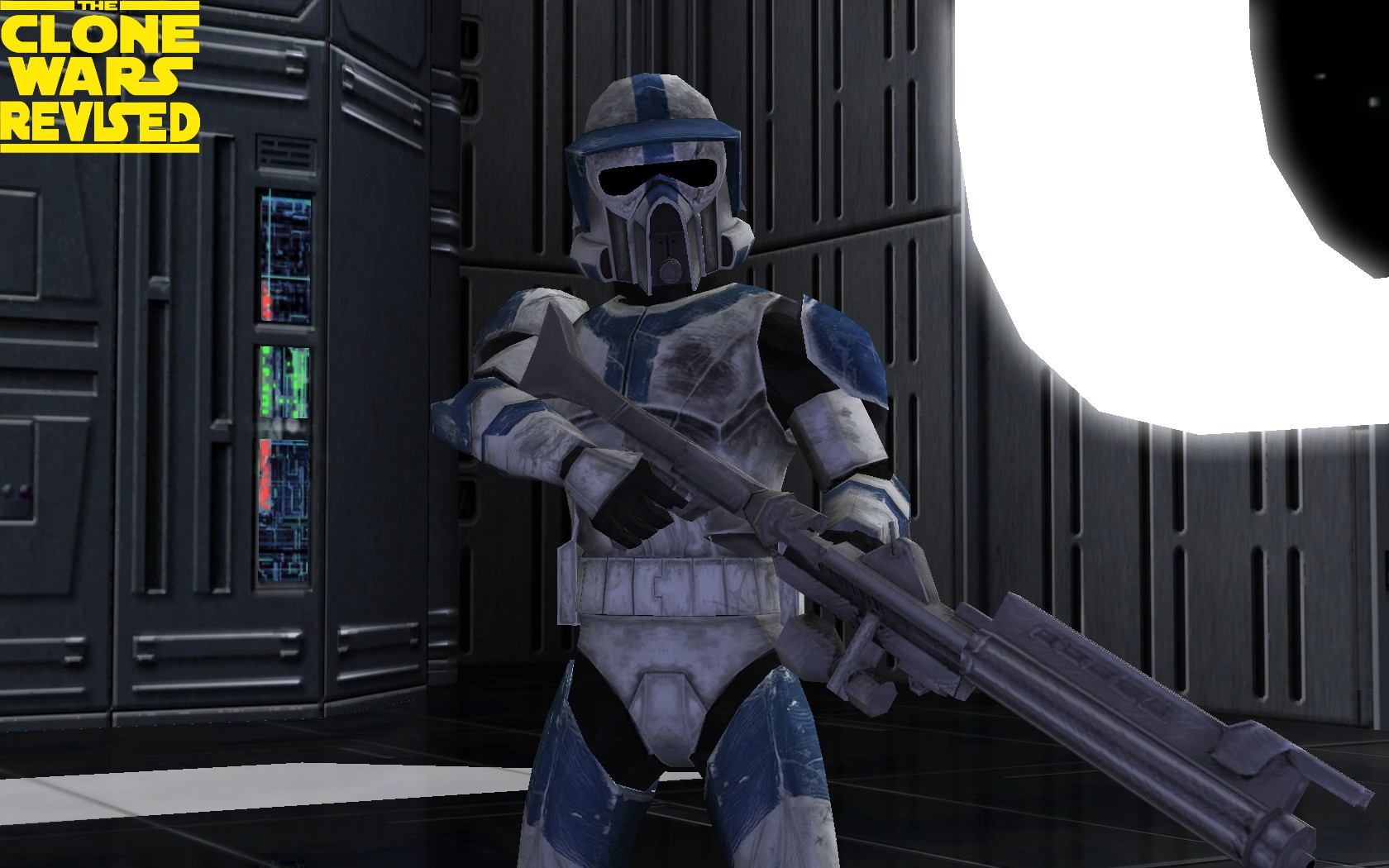 501st Legion Clone Trooper is equipped with the standardized DC-15S Blaster Carbine and grenades, which is the main foundation of a soldier's weaponry when going to the battlefield. 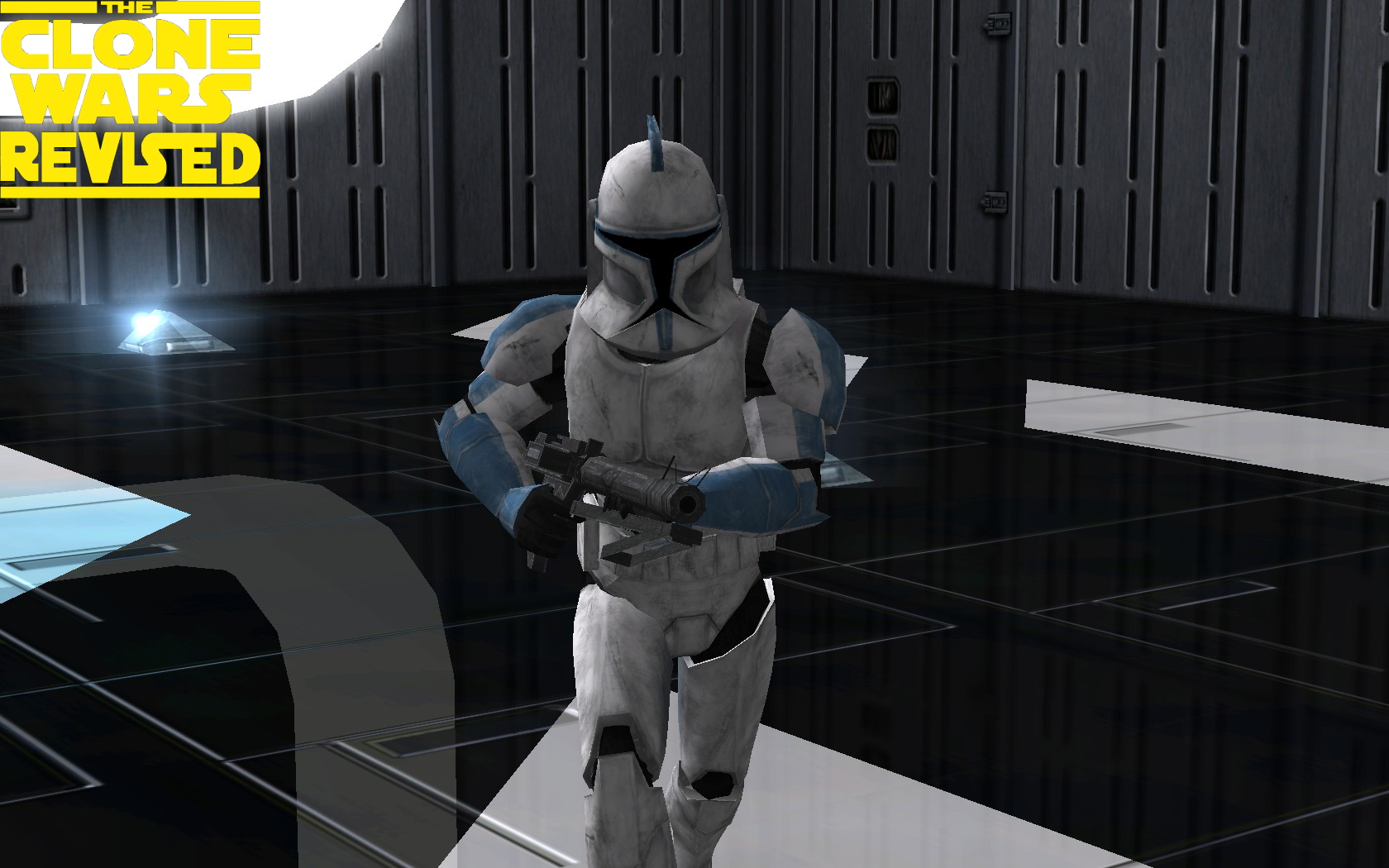 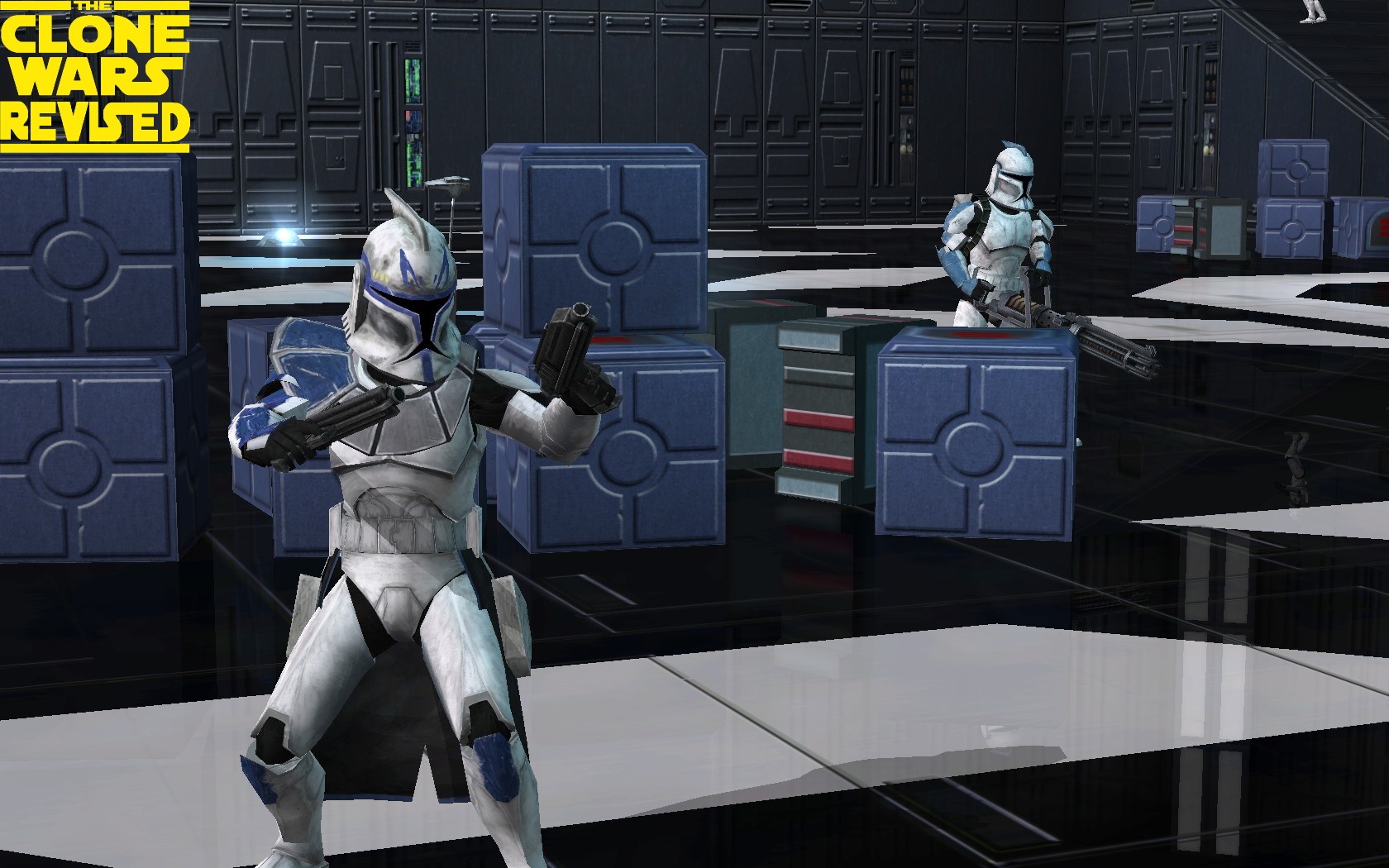 Anakin Skywalker commanding the 501st Legion into battle with his lightsaber which cuts separatist battle droids into scrap metal instantly and utilizes force abilities to gain an advantage on the battlefront. 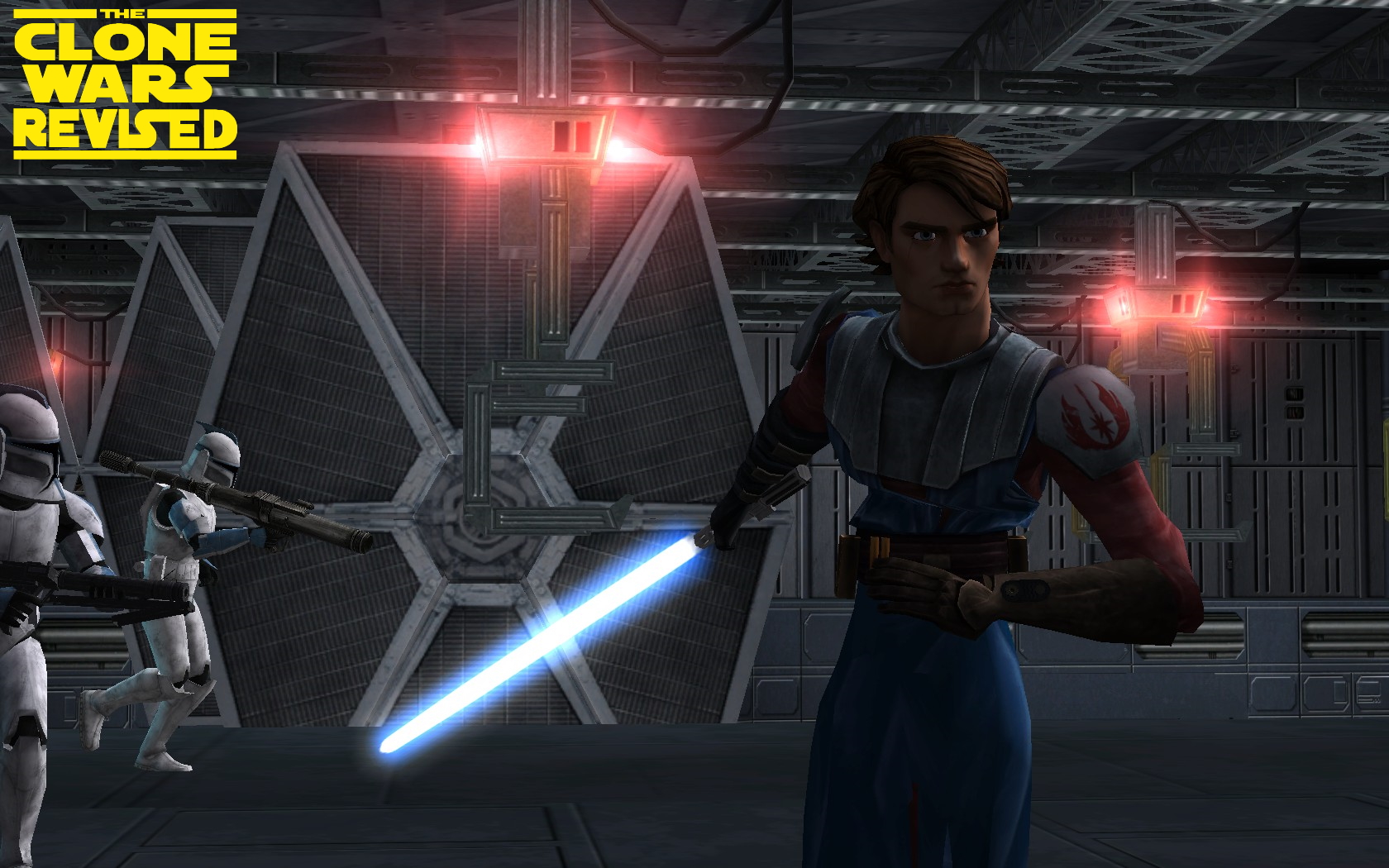 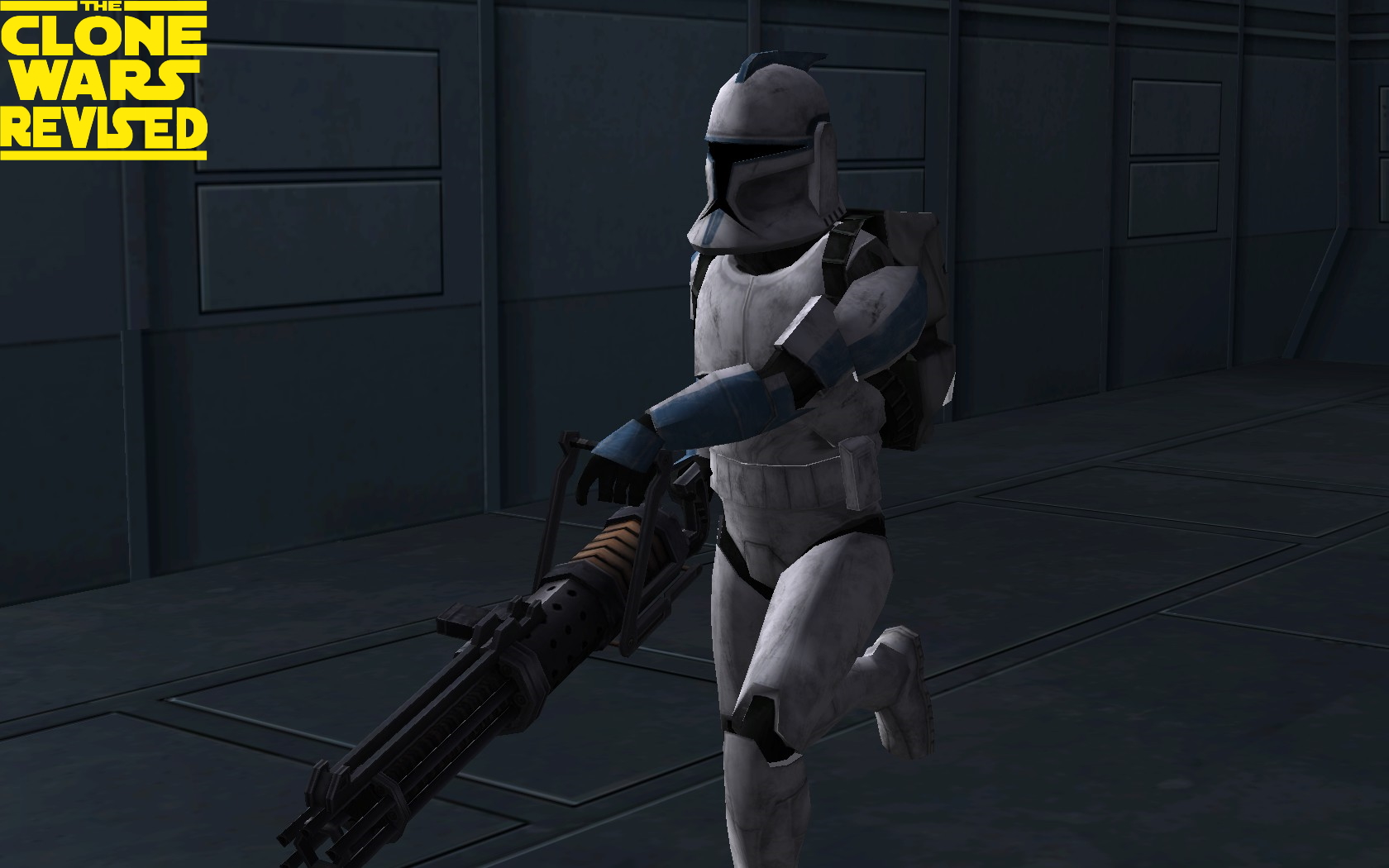 That concludes the 501st Legion phase 1 form preview for the upcoming version of the mod. Now here are some more teasers:

The Separatist Alliance deploys a new form of battle droid on the battlefront fresh from the droid factories. The B1 Shadow Droid comes with a deadly incinerator that can vaporize any living matter instantly without leaving a trace. On top of that, they are equipped with personal stealth abilities that completely make them invisible to the naked eye. 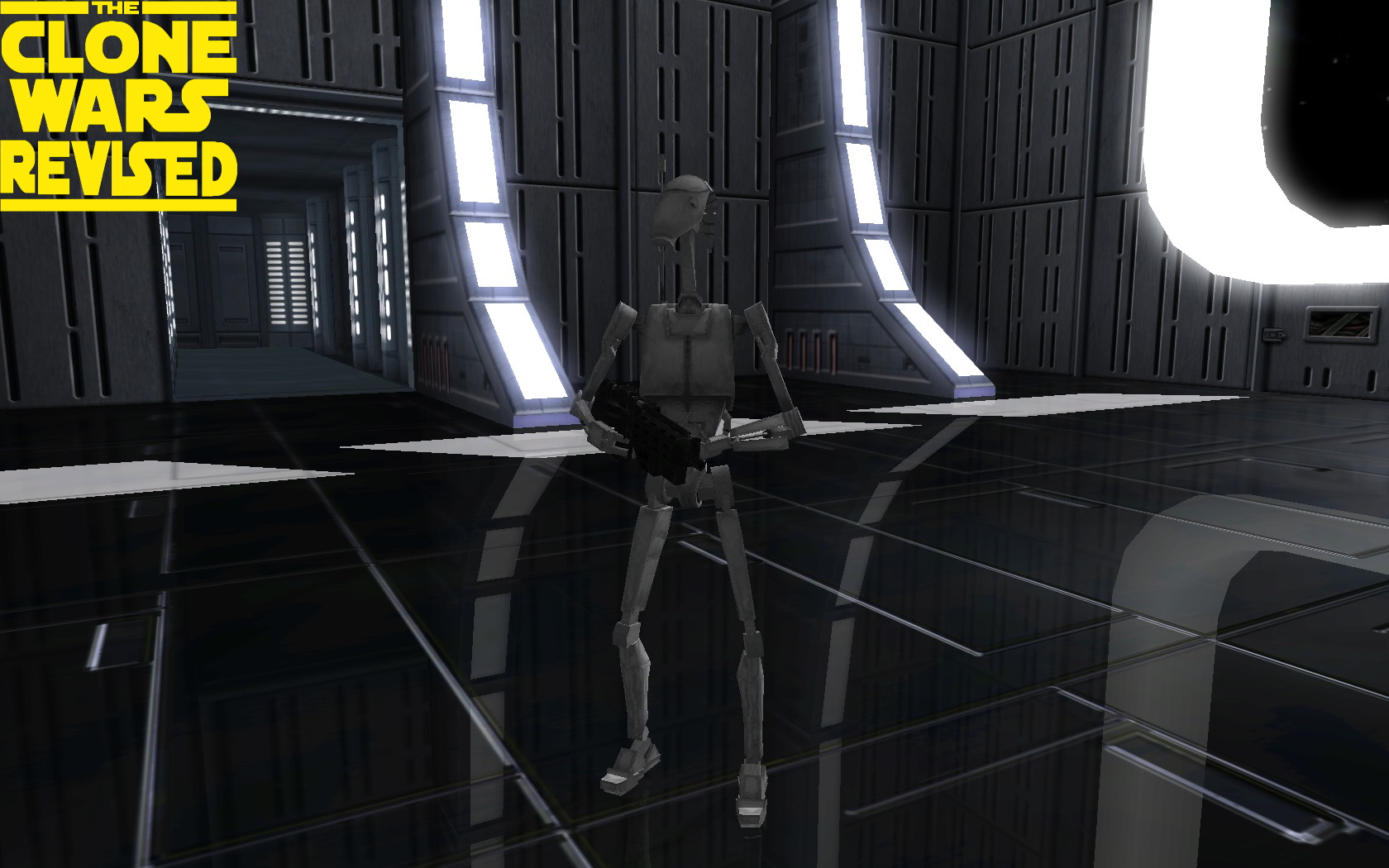 Asajj Ventress hailing from the planet Dathomir has been trained in the dark arts by Count Dooku and is ready to lead the Separatist forces to many victories. 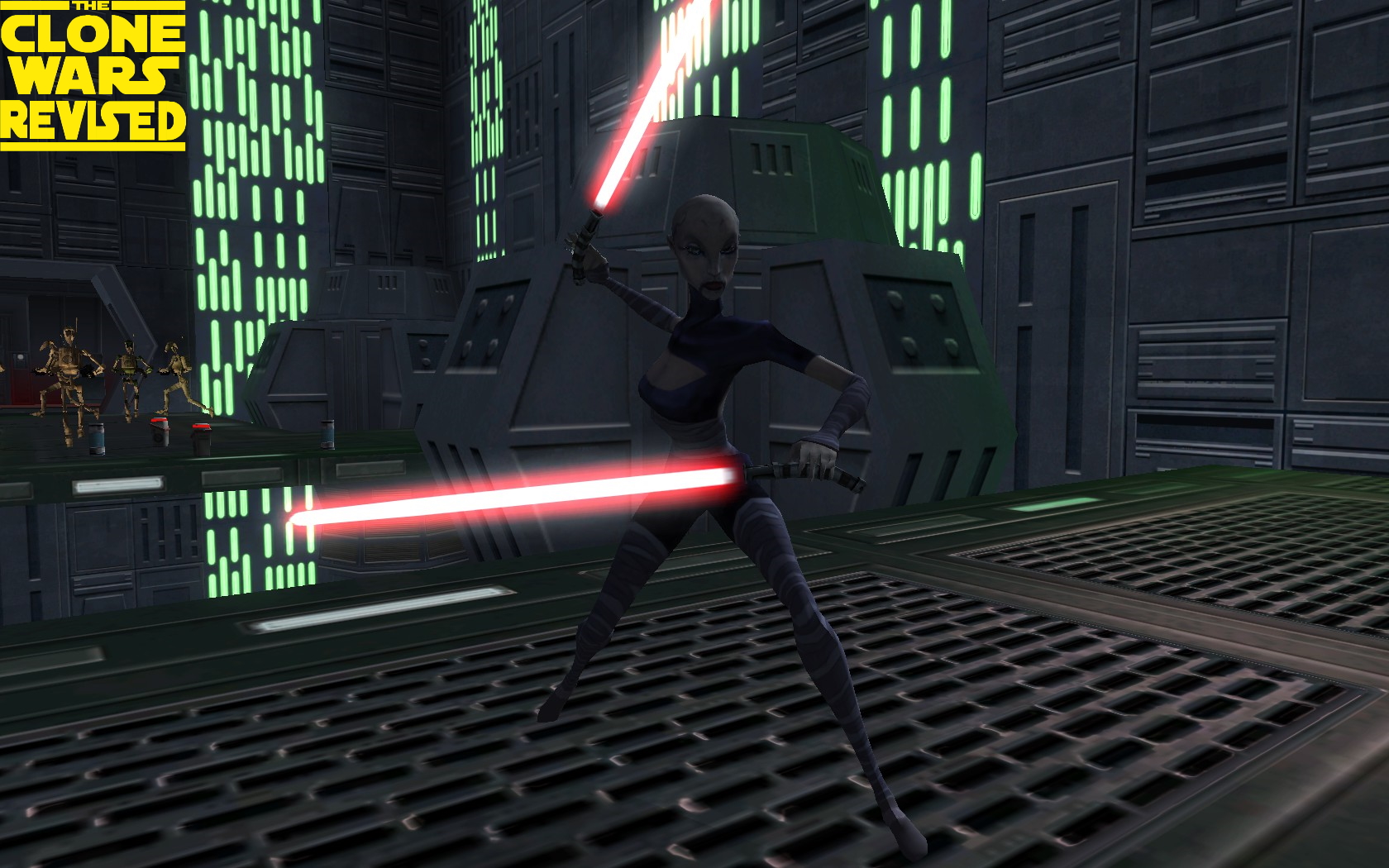 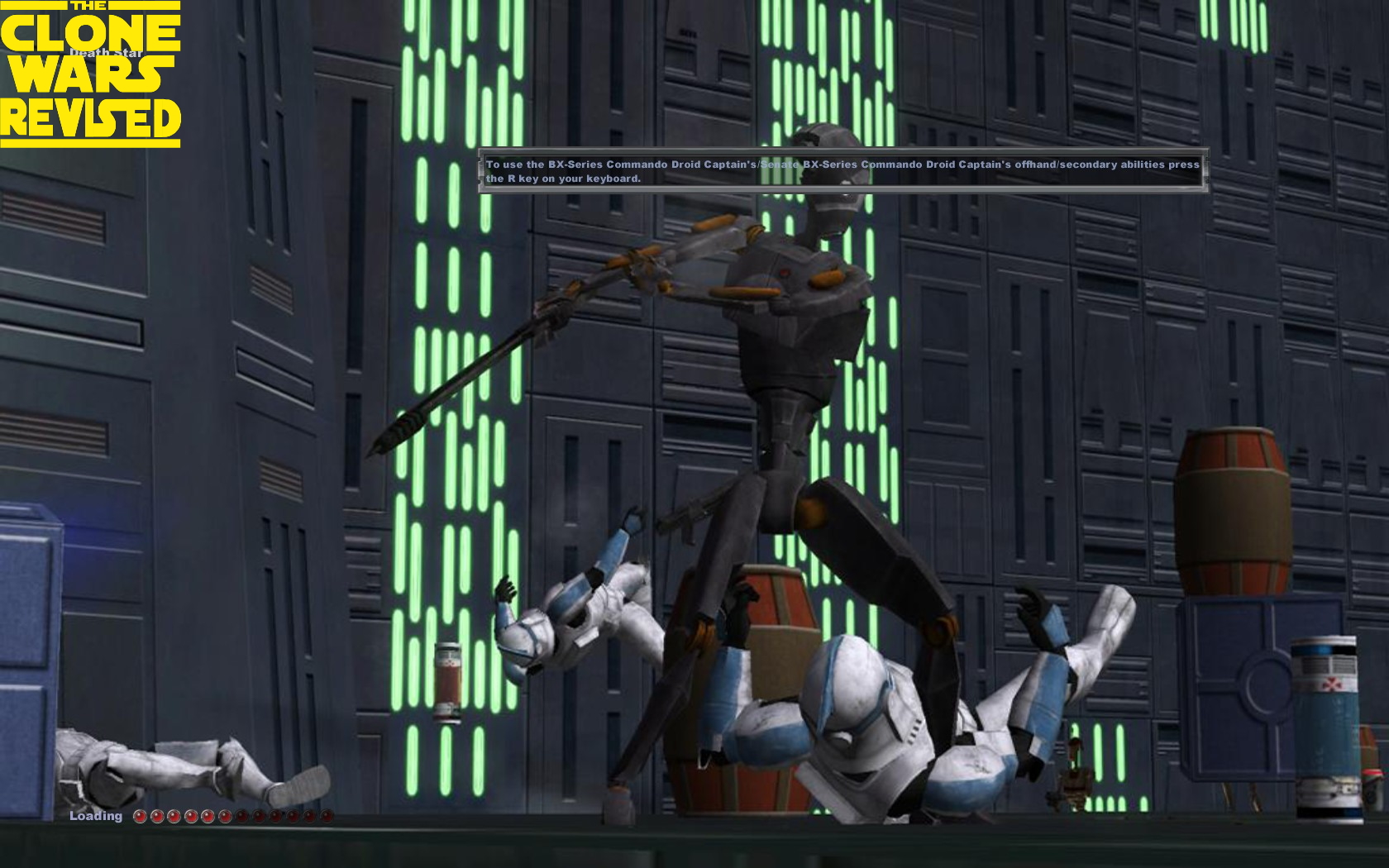 Disclaimer: The following screenshots for the Galactic Conquest mode were taken with the Mass Effect: Unification mod installed which is made by Frayed Wires Studios the custom HUD and background images do not come from The Clone Wars Revised and all is property of Frayed Wires Studios. 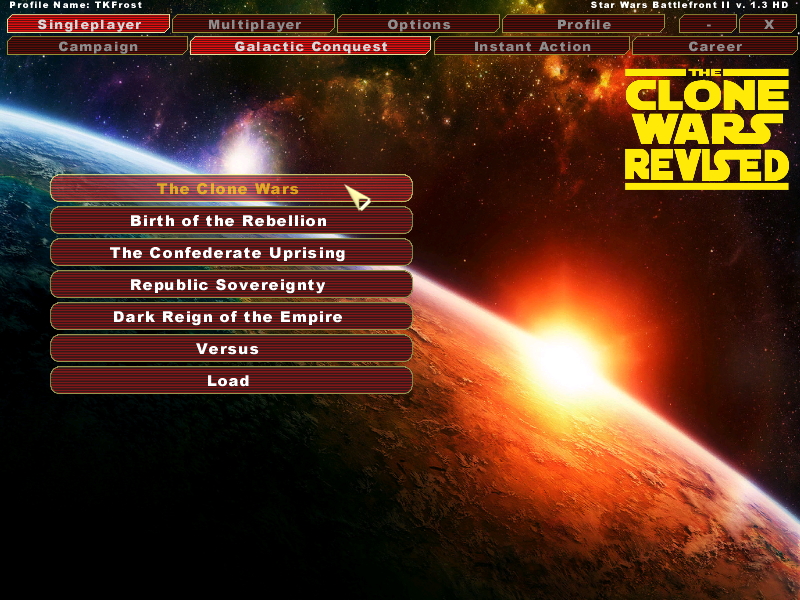 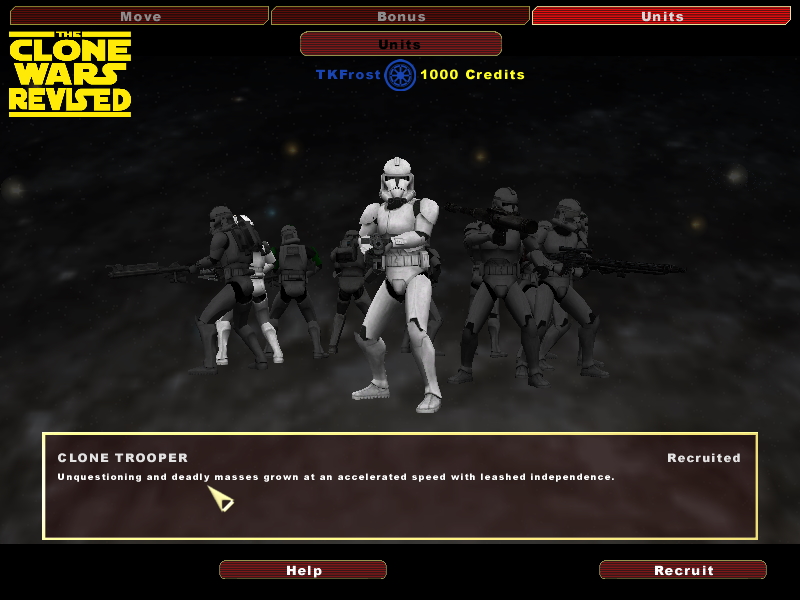 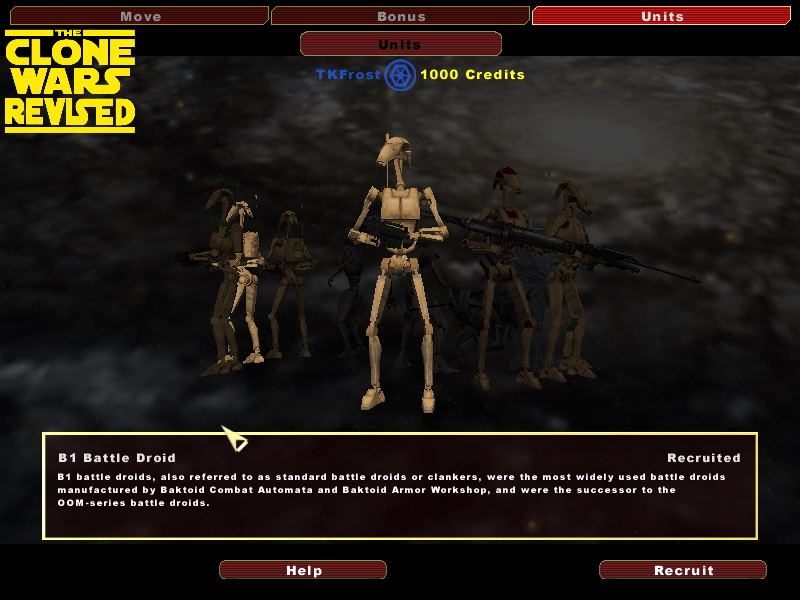 That concludes this teaser article and the development team again thanks to you for your support to the mod. Join The Clone Wars Revised Discord for future updates on the mod and more!

looking amazing cant wait to get some videos out :)

Rex's rangefinder is placed on the wrong side of his helmet.

I know, the model is public rigged by deviss and I tried to fix it but the model won't open up in softimage so I'd have to completely re-rig it.