Karbin was a male Mon Calamari who served as a commander during the Clone Wars. Towards the end of the conflict, his starship was damaged, causing Karbin considerable and untreatable injuries. After the incident, he spent the next eighteen years on life support, the final two of which he spent being enhanced with a cybernetic body inspired by that of the late General Grievous by Doctor Cylo and trained to replace Darth Vader, Emperor Palpatine's Sith apprentice. 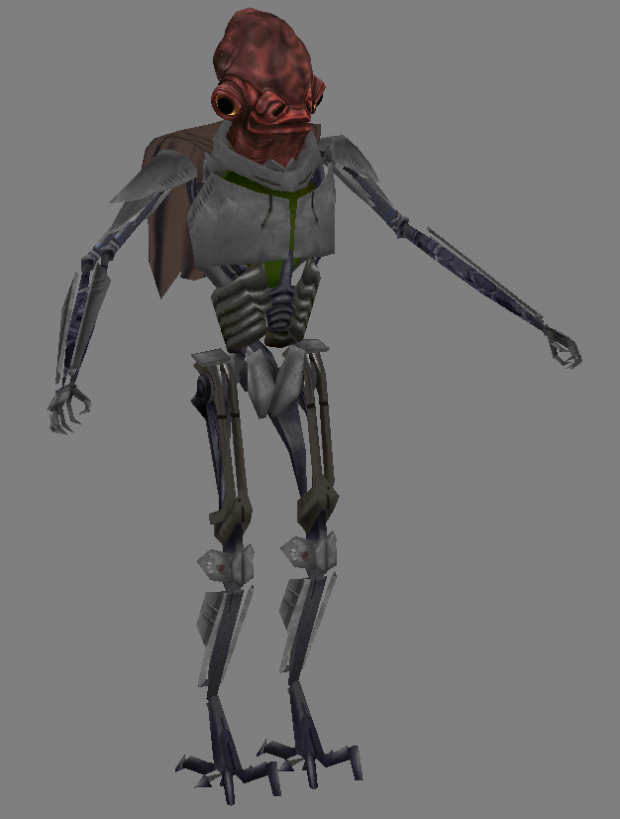