The former 'Realistic Mod' has been revived and has returned in this epic Remaster! (UPDATE 28/11/21)

This is the list of all the features that this mod contains. 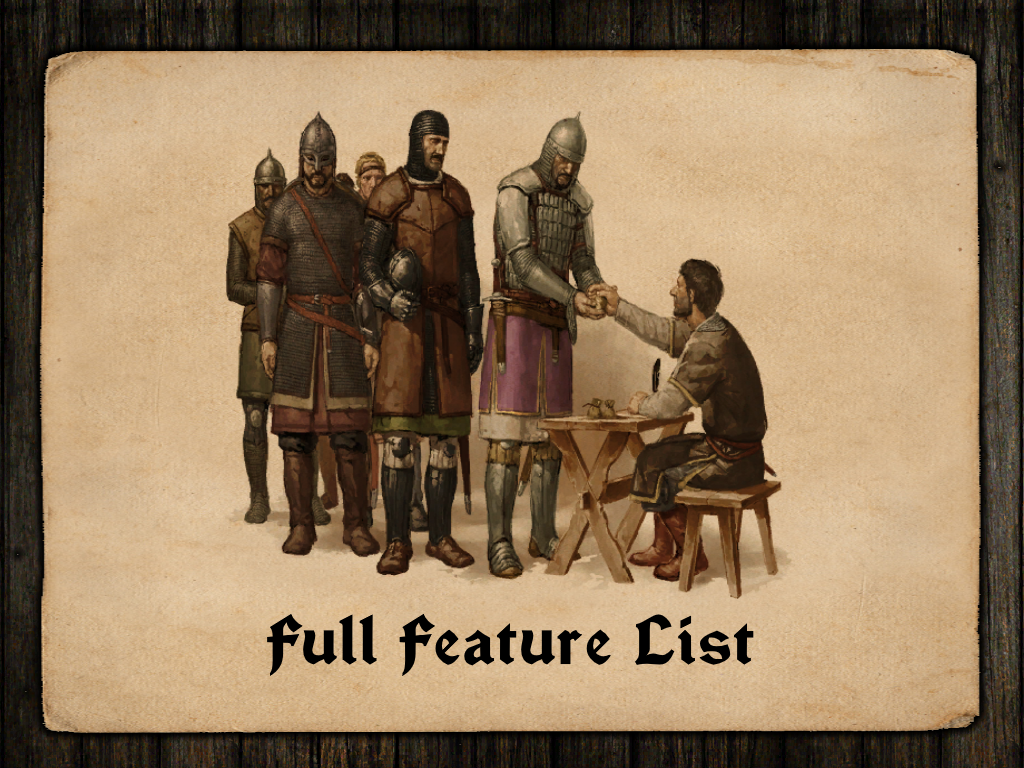 - Can enlist in lords Armies (Freelancer)

- Besieged Castles and Towns are surrounded by spikes, visually indicating their status

- Can recruit faction troops in Castles/Towns

- Player can besiege castles when they are neutral to any faction

- Village raids can be aborted

- Towns and villages prosper better making them worth defending

- Player can end mercenary contract if you speak with liege

- Can always choose sides in a battle

- Can ask wife to join party

- You can ask the tavern keepers about the latest rumours

- Arrows and bolt are Deadly

- Arena master: you and your troops can now practice in the arena for some days (huge xp boost for money)

- You now can enable/disable the companion complaining

- Travellers now know the locations of the new NPCs

- Half the worlds Castles overhauled

Adding more to the list soon. I have modified so much I will have to remember the rest.

Can you also fix feast scenes for the love of god, and make lords/ladies sit around the table instead of standing around room

I wish you guys the best of luck. Hope we can finally enjoy your hardwork after all the waiting.

Will the outposts be repaired? the personal chest and the trainer of recruits?

mechanism of use of 2 one-handed weapons

There a system of castle building?

Is there unit balance or can you easily steamroll the game with Swadian knights?

I have a question, I read that horses (and thus horsemen I suppose) will be deadly, does it mean they will cost much more than infantry, as to not make cav-only armies overpowered?

I mean, will a light horseman cost at least 50-60 denars?

Eager to try the mod! c:

Better than native I will say.

Hi, I already know of this. I have only selected the appropriate armours for this mod and its vanilla setting, Calradia. I dont outright take OSP armour packs and throw it all in hoping it will work.

Do not worry about it and thanks for commenting.
Chazzerberg.

Thanks for answer Bro I want to say somethin can you add decapitation it will be perfect and also Can you add lord execute ? And a question will the game be proper for native languages ? Or will it be only english

Can you add that feature where the troop trees fit the faction that owns the fief? Like in Calradia 1417 and Sands of Faith.

Every features fulfilled my desire. You really know well what we want for this game. I love you guys modders. You made this game farrrrrr better.

how do u edit custom troop trees?