June 23rd, it was a warm sunny summer day. Kids were playing with the fire hydrants, adults were relaxing enjoying a cup of cool soda. Then, then the terrible flash came! It was unexpected and quick. Most of the States were wastelands in seconds. Some people were prepared for such a disaster, they were made fun of and called stupid crazies. But they were right, the world is ending from WWIII. All out nuclear warfare has taken out most of the once beautiful Earth. Now twenty years have past, and you play as Johnson, a doctor for one of the few vaults scattered around the country. He can't take it anymore! He wants out, he wants to be free of this underground prison. Time to escape and live in the wasteland...The Radiational Wasteland.

RSS Mod Being Rebuilt and More

Ok so the original version isn't going to work. So instead I'll be remaking everything, for good reasons.

There have been many issues with the mod so far and I've decided to redo everything to improve what RW is going to become. Navigation, details, map size, and communication system problems are what caused this to happen. Now that doesn't mean the mod is dead, just it'll take longer for release. The release date is set for 2014 early next year, but may change. What build you can expect is alpha by then....hopefully.

BUT in other news for now, I did release the old maps (Chapters 1-3) on the Steam Workshop for Garry'smod 13! You can get them there to get an idea as to what the mod was originally trying to do. They're not much but it's something at least for now. 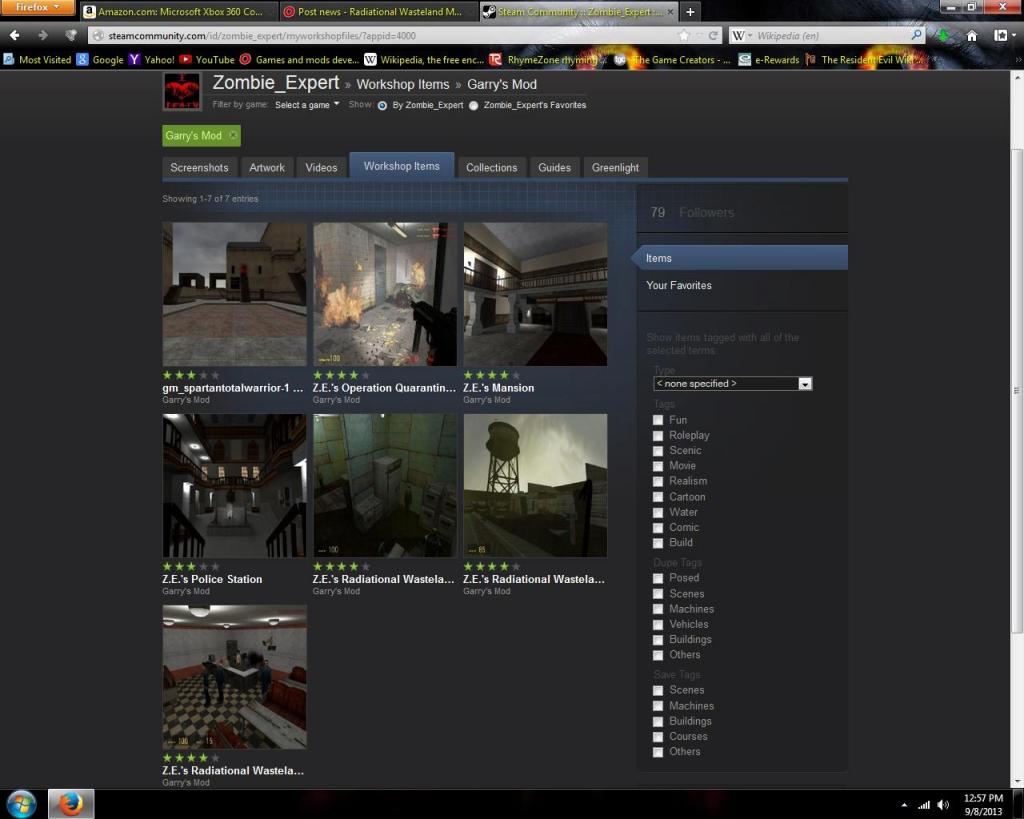 Till the next update!

Nice! Looking foward to it :D