Project-80 is a Cold war Mod for Men of War Assault Squad 2. This Mod Tries to recreate the Cold War as accurately as possable, with accurate Tanks, Units, Guns, Ammo types(For Infantry and Tanks), Aircraft, and Gameplay. We have all New Infantry, Gear, Vehicles, and Sounds. The base factions are: U.S.S.R, U.S.A, Federal Republic of Germany, and the D.D.R. This will be a Stand-Alone mod, that will have downloadable "Addons". Such as: Gulf War, Soviet Afghan War, Invasion of Pannama, and Grenada. This Mod will also have Multi-Player. 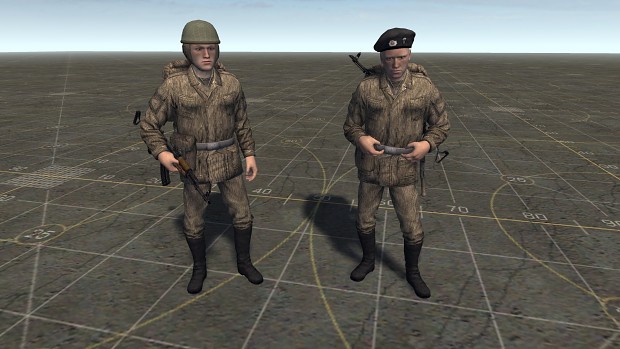