"Operation: Nazi Slayer" is a LZWolf mod for Spear of Destiny. What is LZWolf? It's Linuxwolf's fork of the ECWolf source port with support for more awesome stuffs (for example parallax skies).

This mod features 19 levels (+2 secret and 1 super secret level), 3 new weapons, 4 new enemies, minibosses and custom MIDI soundtracks composed by me. Also there are high quality remixes of these tracks made by AstroCreep that is highly recommended to load with the mod for non-windows users. Apparently the game crashes on other systems when it tries to play the midis.

EDIT: I converted the music to IMF format in the updated version. AstroCreep has done his own IMF conversions before mine got finished, but I wanted to try and make it work with my own. However, I still include AstroCreep's IMF patch in the downloads, so you could appreciate his efforts as well. - end of EDIT

More information can be found in the in-game manual, but here's the story to get you more excited:

"You served the country well, Blazkowicz. Unfortunately you are our only reliable men so we have to send you on this next mission. Have you ever heard about the 'Sceptre of Destruction'?"

"Me neither... Anyway the nazis have stolen it and apparently we have to take it back or we will all die. They hid it somewhere in a secret laboratory complex around Fritzberg. We have heard that nazi scientists are making some sort of clones there. If that's true then maybe they are using this artifact for their sick experiments and that needs to be stopped at all costs or we won't stand a chance against these freaks."

Yeah, that's a bit short, I know. But the story isn't too important here anyway.

To play the mod you will need the full version of Spear of Destiny and the latest version of LZWolf which can be found here.

If you find any bugs, please let me know!

(Shoutouts to the people at WolfSource!)

"Operation: Nazi Slayer" is a mod for Spear of Destiny on the LZWolf source port.

The war is still kicking and BJ has another mission to go on. Seems like there's never enough nazis to kill... In this new mission the main objective is to retrieve an ancient artifact called the "Sceptre of Destruction" and stop the cloning experiments that the nazis are doing in their underground labs. BJ has to go through tunnels below and the halls of Castle Fritzberg, fight hordes of hideous nazis and deadly clones. 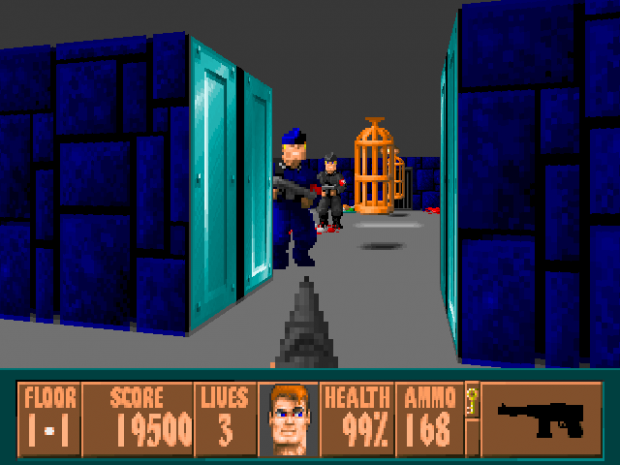 22 levels in total, full of nazis. 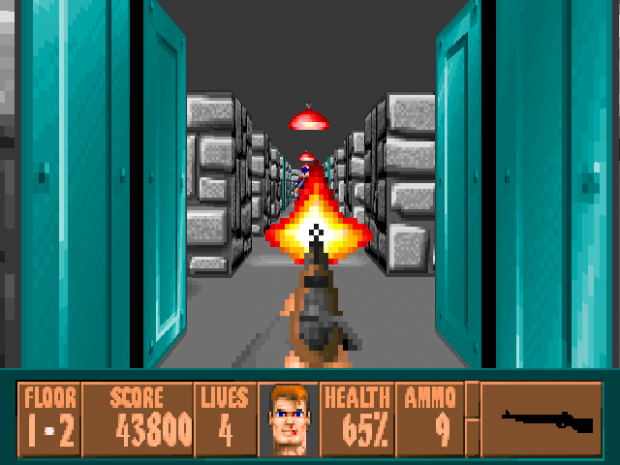 8 weapons in total for you to use against the evil army. (Can you find the super secret weapon?) 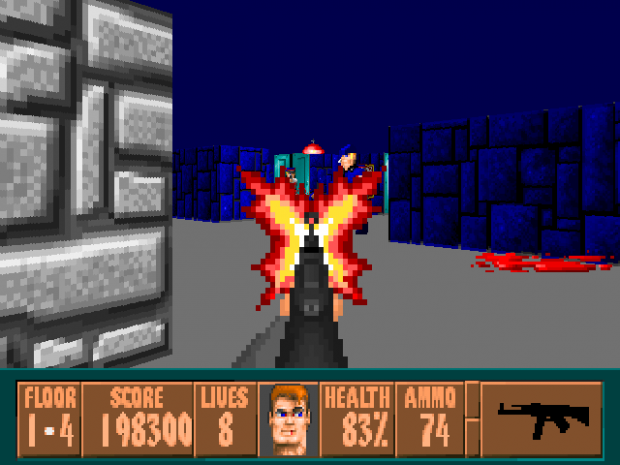 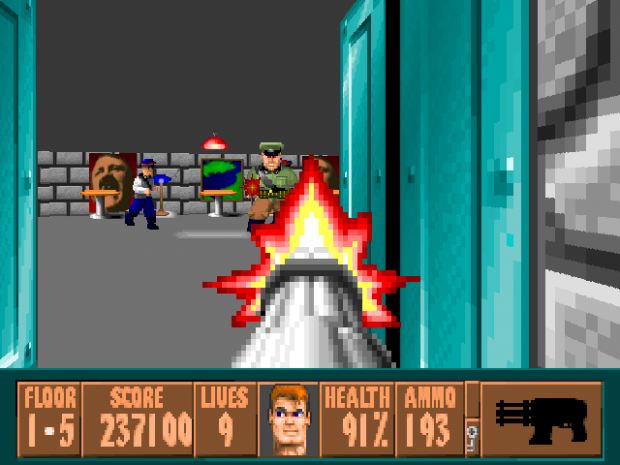 And don't forget: You're on enemy territory. Nothing is what it seems!

Of course all of this is nothing for BJ to deal with. The question is: Can YOU deal with this mission yourself?

It's up to you to decide!

The original MIDI files that have been used in version 1.0

A 19 level (+2 secret and 1 super secret level) LZWolf mod for Spear of Destiny.

A high quality music patch made by AstroCreep himself.

A 19 level (+2 secret and 1 super secret level) LZWolf mod for Spear of Destiny.

Hey Orka, I just realize I've played 10 levels on this with the first version and not 1.2. Is this a big deal? I fired up 1.2 last night and noticed a difference in music quality. Great mod, I'm really enjoying it - it's quite difficult too - I finally discovered the minimap after watching Balames playthru and really enjoying it. Nice work.

Thanks for the feedback, I'm glad you enjoyed it. :) I don't know what counts as a big deal, the things I changed were the music (converted the midi to imf format), added some one-way doors, rebalanced some maps (added health/ammo) and changed the boss rooms in the final levels.

I see. I was going to say adding health and ammo was an issue I had with it, it seems like most of the time you're starved for both. But this does increase the challenge. I'll try playing it again on 1.2. Thanks!!!! I hope you put out some more mods.

Hey, where did you find the rifle sprites? I am working in a mod, but I need those sprites ^^

Turbo made the rifle sprites as listed in the "ONS-credits.txt" file.

Hello, i got a problem with this mod. When i started the mod, LzWolf show these informations:

Please use --console or start from command prompt to see error messages.

An error has occured (press enter to dismiss)

I'm using LZWolf v.1.3.99999 with the SOD from GOG including Return to Danger and The Ultimate Challenge Separated (The folders are M1, M2, M3)
and i'm using M1 (Spear of Destiny)

I used the --Console command and here's the diagnostic:

An error has occured (press enter to dismiss)

Sorry for the late reply. Did you use the latest version of LZWolf?

Don’t know what happened but there seems to be an error with one of the decorate actors. I’ll see if I can get ahold of orka and if I can’t I’ll see about a fix