NordInvasion is one of the largest PvE mods for Taleworlds Mount & Blade: Warband, with character progression, crafting, weapons, tournaments and more. Take up arms with players from around the world in a bid to fight off waves after wave of the Nord armies as they seek to destroy Swadia.

This patch has been a long time coming and I know various rumours have been floating around for the past few months as to what exactly this patch will entail. I am delighted to be the bearer of good news and confirm that the release is upon us! This patch is one of the biggest we have released in a long time and brings a lot of changes to the gameplay and to the coding side of NI. Hopefully we will see less lag on servers on our side, a potential increase in frame rate and a more interesting game for you guys. 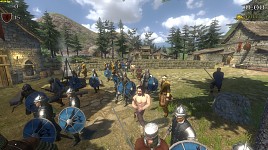 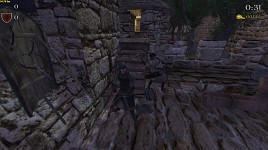 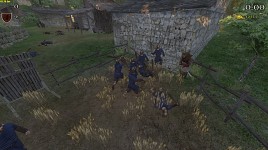 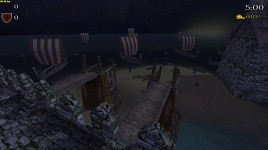 - Restricted the number of tomes and barrels that can be spawned
- Added "backup support" slot for after the tomes and barrels have been used
- Removed the need to juggle support items
- Capped friendly-fire damage
- Fixed the support item bug that uses multiple items of the same type at once for example when placing a SHC with two in the inventory, both were used
- Changed the loot system to allow for some interesting additions…
- Adjusted assist xp/loot area to allow for “Rambo” players
- Rewrote most of the game code for better performance
- Completely overhauled Swadian gear stats
- New textures
- Added "prep time" between waves to eliminate saving last
- Reduced barricade building time in prep time
- Faster health, ammo, and shield repair props in prep time
- Can replace gear on spawn waves once (not if you just spawned) without needing to spectate
- Rebalanced Nords
- New bot AI for ranged units
- New barricade health bar
- New character screen (beta status and subject to change!)
- Moar rangers!!!

There has been a radical overhaul of the loot system. I know we have been talking about the loot system for quite some time now but I am happy to say it is now in effect. As ever, I will not go into details as to how our loot system actually works but I will say that it very much favours playing in groups and not solo playing. No doubt some will moan but it really should be no surprise that we have introduced a new feature to encourage team play as this is (dun dun duuuun!!!!) a teamplay mod! Loot is not set in stone and will be subject to change as we observe what's dropping and how often.

Stats
I'm not going to comment in depth on stat changes for both Swadians and Nords as these are always subject to change, however we have felt of late that both players and bots have been creeping back towards "demi-god" status. As such, this patch will see some big changes to both. While we no doubt anticipate some "boo hoo" from the community, the changes we have made we feel are for the best in regards to balanced game play. Hero classes will now play an even greater role and as you fight on the battlefield you should notice a good few differences, some of which even increase survivability (??!) so expect a few surprises coming your way ;)

Support items have seen a lot of attention from us in this patch. We have now limited the amount of tomes and barrels that each player can bring into a server per map. Each player can bring in 2 tomes or 2 barrels per server or one of each. This is account specific so changing character will not allow you to bring in more items nor relogging. We have even gone as far as making sure that you can't trade these items to another player to bring in to that server. All barrels and tomes are uniquely identified and that item cannot be spawned more than twice on one map. If you own 2 tomes/barrels this same limit applies and you cannot spawn more than 2 per map. Our reasoning for this is that we have had had issues with tomes making the game too easy and as a result, we made the nords harder. Players will bring in more tomes and we would make the nords harder again. In an effort to get out of this vicious cycle we are taking steps to try and balance things out. We have "weakened" the nords as a result to try and find this balance. While we appreciate that the system may not be perfect at present, we will be editing the stats of the troops on the back of community feedback. If the nords seem impossible, please do let us know (nicely!) and we'll make changes for future changes that can be rolled out without requiring any downloads on your part.

There have been MANY item stat changes and we have a comprehensive list of all changes. We will release this list for you once we've cleaned it up a bit and make it a little more reader friendly.

The NordInvasion updater is available here

The full patch is available here

Do the Mount and Blade cheats that usually work in the game work in this mod? Sometimes I just get tired of playing the game like it should be played and decide to turn myself into a filthy rich god of a man in the game ;D

No cheats won't work in this mod. This is multiplayer only.

Is this only multiplayer? or is this also for singleplayer?