Yes, 15 years after the release of SimCity 4, the Network Addon Mod remains in active development. This latest update centers on the development of a popular but previously unfathomable feature request: full ploppable interchanges for the expansive RealHighway (RHW) system.

You heard that right. Ploppable interchanges for the Network Addon Mod's RealHighway (RHW) system, similar to those for the game's default (Maxis) Highway system, are indeed in development, and will be on the way to a yet-to-be-determined NAM release in the near future. This may seem too good to be true, given the team's long-standing answer to the requests for such a feature, as taken from the old "Frequently Asked Questions" section on the long-running RHW Development and Support thread at SimCity 4 Devotion: 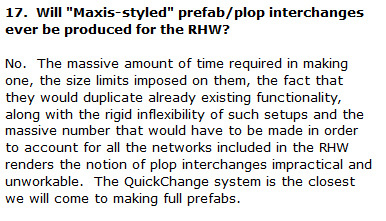 From the release of the initial details of the RHW's "Modular Interchange System", or MIS, back in 2006, the mod's developers have been adamant about adhering to a strictly modular approach to interchange construction, with the intent of the RHW providing a much cleaner and readily expandable solution to make custom interchanges, when compared to the awkward Maxis Highway/One-Way Road hybrids at the time.

Yet, now, in 2018, we have a prototype of the new QuickChange Xpress (QCX) system on display:

This of course, begs the question: what changed?

The big change has been the NAM's hard shift away from non-overridable/"static" items--the traditional puzzle pieces that had been the centerpiece of NAM development from its early days. In their place, more draggable items and FLEX Pieces (which initially look like puzzle pieces, but behave like draggable items, by being capable of morphing into new setups, based on the networks fed into them).

The idea of stringing together FLEX Pieces to produce partial and complete pre-fab interchanges, capable of being modified after construction, was discussed internally as early as September 2012, with small-scale realization coming with the initial QuickChange system from the NAM 32 release of January 2014. The idea of full interchanges was revisited a few times in the years following, including a mysterious reveal of an early prototype in 2016:

The advantages of going FLEX are myriad. The components that make up the interchange are existing modular pieces, and aside from making the preview model, the setup can be built using what is known as "RUL0 code" (an SC4-specific scripting format), rather than having to piece together an entire setup with new path files, exemplars, and Instance IDs.

Additionally, unlike the traditional static setup used with the Maxis Highways, these FLEX-based interchanges can be modified on the fly, accepting overrides such that a single interchange can be used with multiple networks. Using a static approach, we would have to create a piece for each interchange setup for each network, and if one needed to widen their highway, or alter the design in anyway (i.e. adding an exit-only lane), it would require a complete bulldoze. That's not the case a FLEX-based design.

While the 2016 prototype is a very basic setup, the more recent example shown includes turn lanes, on both the surface network and the approaching ramp. The goal with this is to not only increase the realism of these pre-fab setups, but also to make what would be a very complex build (combining various modular RHW items and the FLEX Turn Lanes system), into something that literally takes just one click, and will be of interest to RHW users of all skill levels. 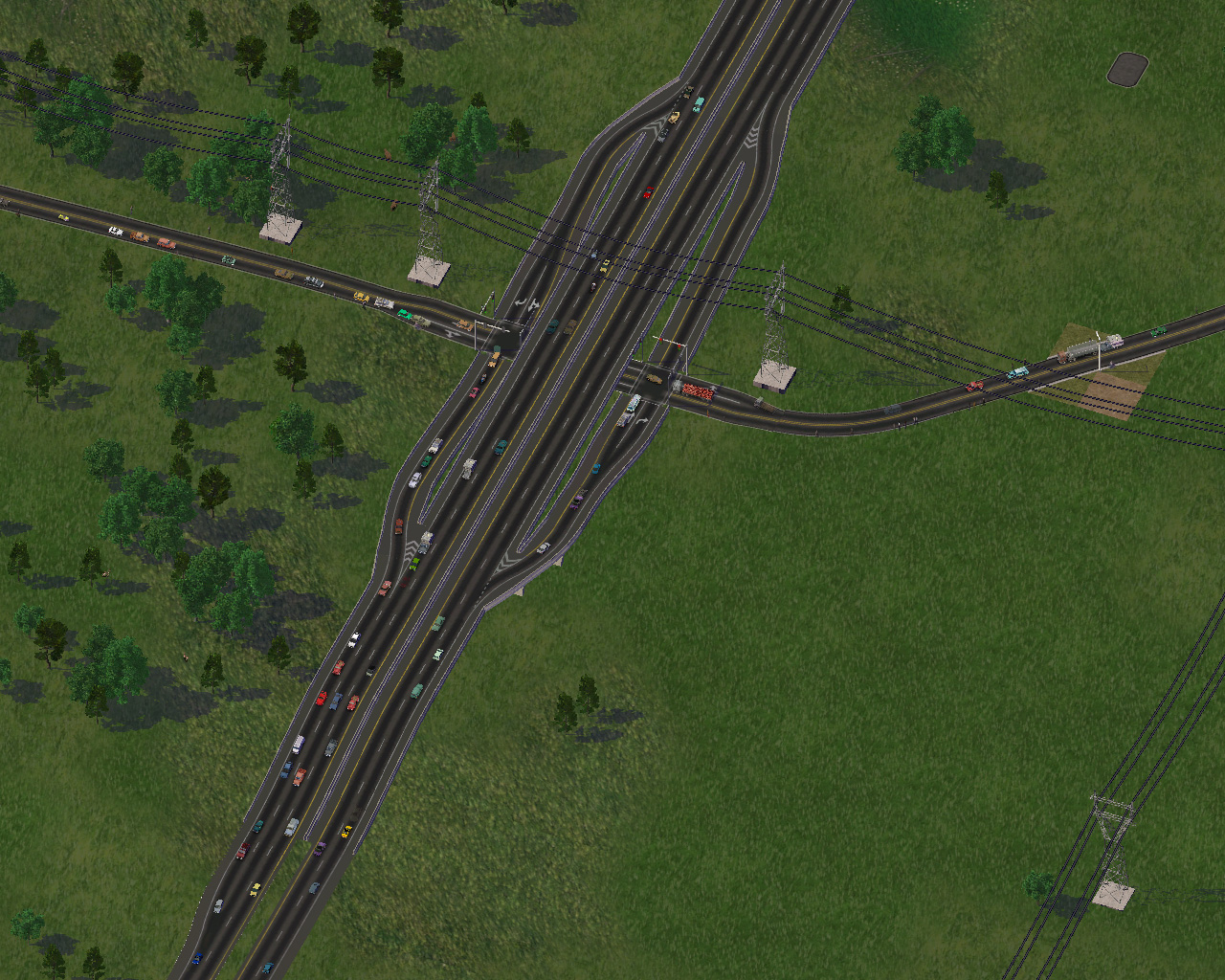 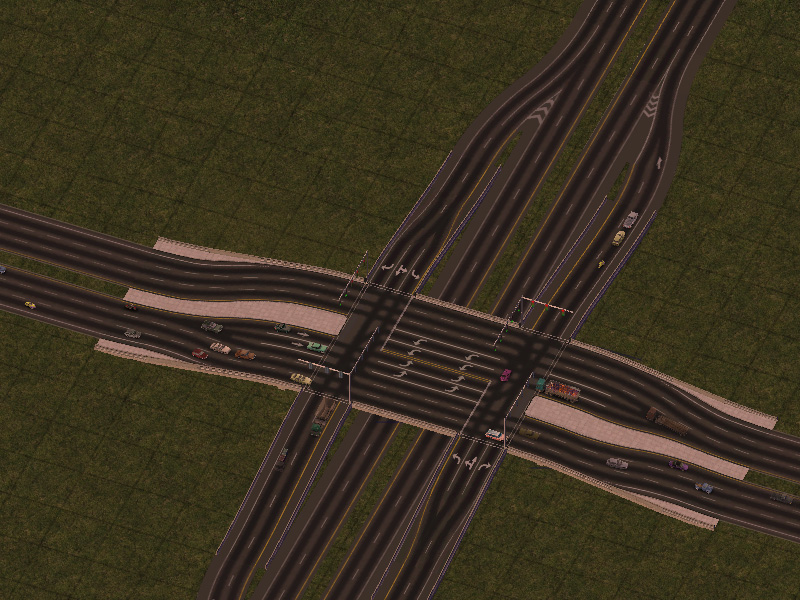 In addition to all this, it also addresses the common complaints about how difficult it can be to build RHW interchanges (particularly using the old puzzle pieces) on hilly terrain. The underlying network flag design used in the FLEX setup here, however, was specifically engineered to allow for slope tolerance, as shown in the video below:

In short, the RHW system is, at long last, on the verge of becoming a much friendlier NAM component to use, by opening up its range of realistic interchange solutions to a wider audience of SC4 players. While the initial designs shown here are conventional diamond interchanges, more setups--including highway-to-highway interchanges--are in the planning stages.

The NAM Team famously does not give out release dates, or timelines for release (the one time we did--NAM 31 in 2013--was a disaster), but look for the initial set of QuickChange Xpress interchanges to make their public debut sometime within the next couple of release cycles.

ABOUT THE NETWORK ADDON MOD (NAM)

The Network Addon Mod, or NAM, is a modification for SimCity 4 Deluxe (or SimCity 4 with the Rush Hour Expansion pack), which adds a myriad of new transport network items, ranging from ground light rail, to fractional-angle roads, to roundabouts, and much more. It also includes bugfixes to Maxis items and a highly optimized set of traffic simulator plugins, improving pathfinding accuracy and performance. Started in 2004, the project still maintains a small but active development and support team, looking to expand the capabilities of Maxis' classic city simulator even more.

It's incredible how long this mod has been in development and how far it has come! Amazing stuff as always guys!

YES!!! Thank you, oh so so so much!
Much love and appreciation.