've never been big into anime. But I saw most of one anime film called Ninja Scroll. It was awesome, very violent, well animated, and had a badass final fight between the hero Jubei and the villain Gema. Doesn't relate to this topic, but I was just saying(c) I`m trying to do ninja-stalth game with some sci-fi elements and pretty much of violence. Don`t like - go out =) 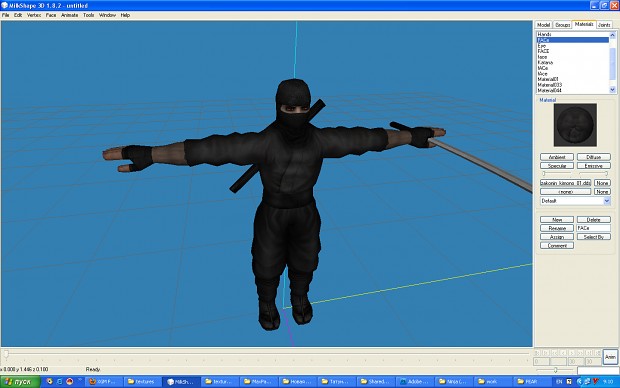 Badass dude!
Now we just need a new video displaying all of this goodness:P

Cool! And opened folder with FEAR means something interesting going on. ^^

Ninja Dude
Polycount and smoothness will be increased.