Napoleon: Total Combat The aim of this mod is, first of all, to make battles more of a spectacle, and a bit more ‘visceral.’ This is done through larger units, including larger artillery units, and a larger volume of fire. The second aim of the mod is campaign based, giving both the player and the AI the ability to raise larger and stronger armies almost from the get go. No longer will there be just one or two stacks per major nations during wars. The player and the AI, once the ‘mid-game’ has come, will be playing with multiple stacks, making for more numerous large-scale battles. Please note, the action does not start right away, but rather sensibly, especially once the several modified technologies are researched. You can no longer steam-roll the AI once you have defeated their primary army. Once the mid-game comes, expect constant, fierce resistance from the AI. No, units are not cheaper, and do not build faster that isn’t how I did it. 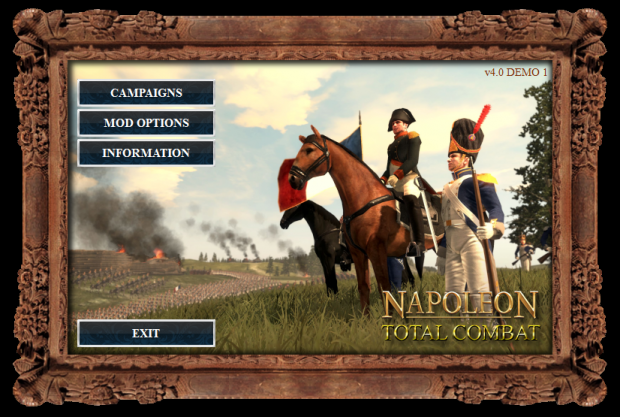