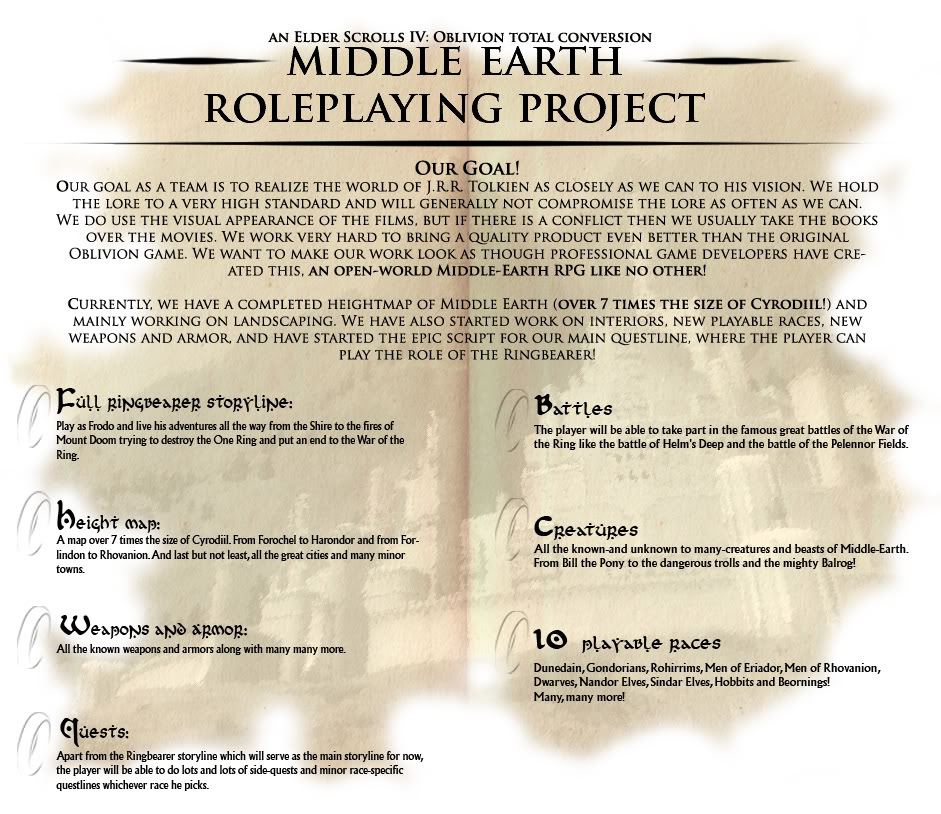 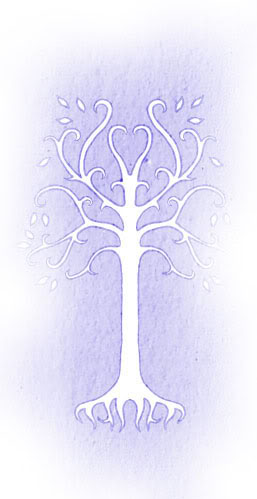 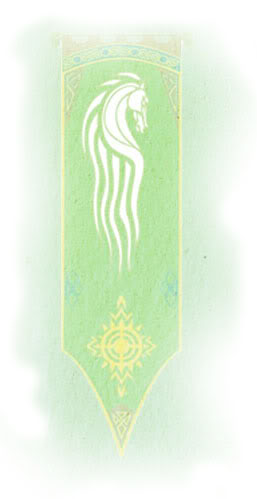 Also don't forget to visit our:
Dev forums
YouTube Channel
We hope you'll enjoy playing it as much as we enjoyed making it!

Over the past year and a half, we have been through a lot. The port, bugs in Skyrim, and then the C&D (with over a year of campaigns, negotiations, and attrition). We have asked you to trust us with the small amount of information we have given you to work with. But now, the situation has changed and we feel it is time for more transparency concerning the state of things. So we will start with a review of the past year.

After we received the C&D in June of 2012, we had extensive discussions concerning our next course of action. We contacted WB and negotiated as far as we could. We started a petition and contacted people we thought might be able to help. We did, in fact, discuss subjects such as going underground or simply changing project names. But as we delved into the specifics, we didn't want to risk putting ourselves, each other, or our loved ones at risk of a huge ordeal. And the degree of transformation it would have taken to avoid infringement was far greater than most of us were willing to do. And of course we called on you for help. Many of you answered. And through all this, by some kind of miracle, the team held together for months. However, the petition and negotiations only got us as far as a list of unreasonable terms that would have stripped MERP of its high standard of quality. After negotiations, things began to go downhill as we searched for alternatives. The letter campaign came into being as the team began to slowly erode. Then, one more thing happened to accelerate the change taking place.

After almost a year of searching for a way to bring back MERP, the people over at Dark Creations discovered a new Skyrim large world bug, one embedded in the hard coded areas of the game that no one yet has been able to fix. This bug causes activators (doors and chests), magic, ranged combat, and many other aspects to no longer function beyond a set area of a map (the central area between 64 and -64 cells along both the x and y axis). Basically, worlds much larger than Skyrim's are impossible. MERP's map is nearly ten times the size of Skyrim and the -64/64 area isn't even wide enough for Rohan to fit. This bug, combined with the team's dispersion, difficulties with model import, the weight of the C&D, and the lack of success with the various campaigns has brought us to this point. Even if the C&D were lifted, MERP cannot continue. There would be hardly a shell left of it. Many key members have left over the year and much else has changed. The heightmap, one of the gems of our mod, couldn't be used without being mangled almost beyond recognition (for bug and copyright reasons). And so, with heavy hearts, we announce that we have come to the end of MERP's journey.

Over the past year, you have fought with us and been patient . You have trusted us when we were silent and listened when we spoke. Many of you have done what you could to help us. And for that we would like to thank you. You're a wonderful group of fans and have been very supportive. Many of us have labored on this project for years and we have not come to this choice lightly. We said we wanted to make a representation of Middle Earth Tolkien would be proud of and we meant it. And as that is no longer possible (for a variety of reasons), we have decided this is the best choice for us to make.

However, as one fan pointed out, the end of MERP is not the end. The end can bring a new beginning and a new project can be born out of this. Many of us have worked on MERP for many years (I myself for five, others for longer). There are those of us who didn't want for our work to be entirely in vain. And there are many of us who have found a love for creation and development. To that end, many have moved onto new projects. Some have asked not to be named, but two have allowed me to make mention: Noirdesir, one of our best landscapers, and Ztree, one of our best and most enthusiastic modelers, have moved on to Hoddminir, an epic mod project for Skyrim by Elinen that you should definitely take notice of.

But there are others of us who have stayed together to work on something new. We have formed a new team, called Epoch Games, and have begun development on a new project based around an original IP of our conception. This new project is called "Lays of Althas: Sundered Order", a single-player, open-world, fantasy RPG set in an original universe. This new project, which is being developed using the CryENGINE 3, shares with MERP its ambition and dedication to depth of lore, story, game mechanics, and immersion in a vast world.

And so with this, MERP has reached the end of its long voyage. We hope that other modders/developers, at a time when it is possible, will take up the torch and pursue the vision we strived for, that someday an open world RPG for Middle Earth can be realized. Until then, all we can offer is the small comfort of certain assets which have been released by their creators, such as the Gondorian Armor by BGS and the LOTR weapons created by tomato. Think of them as memorials to our efforts and to the talent of our members, past and present.

Finally, having said all of this, I encourage you to follow other LOTR projects and Skyrim projects such as Hoddminir and join us at Epoch Games as we begin a new journey with "Lays of Althas: Sundered Order."

Below is a list of all the various MERP Team Leaders, from beginning to end. Their ambition helped bring MERP through hard times and guided it to what it became.

A news post containing a campaign letter to send to WB about the MERP C&D.

January 2013 update for MERP covering the new year and the current legal situation.

We are now starting to spread the news to the corners of the internet... please send this letter to everyone you think may be able to help.

MERP TC has received a C&D letter from WB. Keep an eye out for news.

Final Patch for MERP 0.2.6, and the last content for Oblivion.

The archived installer for the last MERP release for Oblivion. Click 'Read More' for installation instructions:

I followed all the instructions, but when I try to start merp launcher I get the message that I have to enable the community in the game of steam and start the game from steam. If I start steam oblivion the mod will not work properly and the contents are halfway between oblivion and merp. Help, how can I do?

Unpack the assets as traditional "Data" folder files and manually place them in the appropriate folders. Usually it is "C:\Program Files (x86)\Steam\Steamapps\Oblivion\Data". Let me know if that doesn't work.

Is this mod complete? And you make this for Skyrim? Thx!

The mod is incomplete, but due to the C&D issued from Warner Bros., it cannot be continued. There is a very playable state available though.

You know I was wondering why there are not more Lord of the Rings mods...and now I have my answer. Freakin greedy WB. Screw them! Like a mod for a ten yo game is going to hurt sales of Shadow of Mordor or something. I see the mods for M&B and the Total War games get through. If it was me I would have kept going pirate style, if nothing else for sheer spite! Makes me want to make a LOTR mod now!

Not surprised, the Middle Earth Mod for Morrowind ran into exactly the same legality issues and were shut down after something like five or six years of work

Actually, they shut down of their own volition when they realized they didn't have permission (they thought they did). And the other MERP mod for Morrowind is this one.

A very true to the lore MOD of Lord of The Rings.