A MOD FOR OBLIVION

Loren is a mod for The Elder Scrolls IV:Oblivion , which adds a whole new world called "Loren".Some things about the lore.Loren is a contiment far away from Tamriel that's currently in war with Kal,a kingdom far far away from Loren.The war started almost a year ago and ever since Loren has been in a mess.All sort of criminals found the chance to do whatever they want due to the lack of soldiers.It is also rumored that a group of necromancers is trying to open a gate to the underworld so they can conquer Loren and then the rest of the world.

Credits can be found inside the readme which is included in the download.

If you have problem downloading the file from this site,you can also check Loren on Oblivion Nexus:
Oblivion.nexusmods.com

Hey everyone,
In this week or the following , I am planning to release Loren 0.9a .Some people had an issue of the missing Captain Willy NPC which was supposed to be in the Port of Anvil .This Beta will fix that and will also included fixed for various other things .A full change log will be released as well so you can see the exact changes. 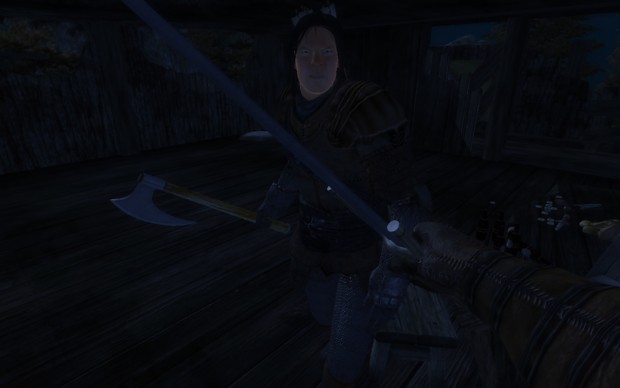 Hello everyone! After Loren , I decided to move on and work on something different, a 2d top down zombie survival game.For anyone who is interested in...

Finally I release Loren!!!This is just an alpha version and it just to get a basic idea.

The new one should be fixed ;)
I am currently working on 0.9b which, among other stuff, will expand Loren landscape a bit

Who is still making oblivion mods?
I can use some help with my mod.

Please send me a message if you are interested!

Thanks !I hope you find the people you need for your mod.I'd help,but after this mod I'll move to Skyrim.Good luck ;)

Have you any idea what you are going to make for Skyrim?

Something similar to Loren,a new fantasy worldspace.But of course it will be much better organized so it can be released much faster compared to Loren.

If you need a tester for your new mod, then you know where to find me :P

Sadly i don't own the shivering Isles for this... but besides that this looks like a great mod with potentional good luck!

The entire Oblivion collection will likely be on sale for 5 bucks on Steam in a couple of weeks during their Xmas sale.

Hell if you are poor friend me on Steam and I'll buy it for you. :-) (Same name and avatar)

That would be amazing ^

Shivering Isles is a requirement for many oblivion mods,so I would suggest you to buy it if you still play Oblivion