Kreedz Climbing is a unique, non-violent, puzzle-type, 3D-First Person View game where the player attempts jumping and 17 other disciplines like shooting flare targets, racing vehicles, surfing, bungee, bunnyhop, longjump, or sliderace until he/she reaches the top (or end) of any given environment. In Kreedz Climbing no map is the same and can vary with any combination of these skills. It's a race against time and against other players with any discipline in the game.

This is your last update for Kreedz Climbing this year. We hope this is a game you like to play a lot in 2009. This patch fixes some exploit issues, changes and even some nice additions have been made. This is a must get package for Clients and Servers.

Kreedz Climbing updates to Beta4.1 just before the turnover into 2009!! This is just a small, but powerful patch for your Beta4 installation. Working according to player feedback the most, this update brings mostly bug fixes necessary for the game mechanics and flow. Most noted points: 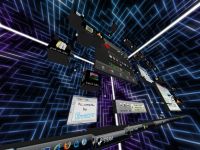 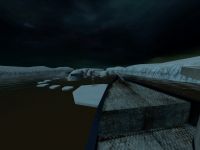 
We would also like to warn you that WR demos sent in with Beta4 dlls are still ok and can be watched with Beta4.1 dlls but, they may be denied if that particular course was deleted from the list in this update to Beta4.1.

Many thanks and Happy New Year to all at ModDB from ObsessionSoft!

Thanks for the new and fast update =)