Kashyyyk Battlefront This is a Series of mods from ambush maps to space maps! Read README.txt file for installation instructions Requirements to play the map in the game: -1.3 Patch -the game (you really need it) -a permission from your parents to play video games in your computer. Mods Made by: Commander Strell

Kashyyyk Battlefront Beta Demo This is my first Map Mod so it may have some bugs and stuff but it will be fixed in the next beta release this is at Beta Release so, i'm sorry for some scratches The Republic Has setted a camp in one big hole in the Wookie homeworld Kashyyyk. While they where at rest, a group of CIS droids tracked their camp. They where ambushed by the droids, the droids may be in small forces but they have strong firepower. will they win will they survive? it is up to you to deside.

this is my first mod map so i may not know stuff well yet.

thanks for the Gametoast Discord community for helping me make my mod. 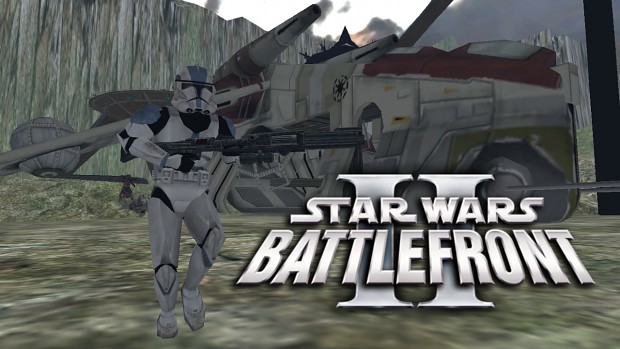 Y'know, although there were a number of glitches and it crashed on me, I actually kinda like the way this map plays. The terrain is interesting and varied and allows for some nice combat moments.

It was pretty difficult playing with the LAAT gunship though, not enough space for it.

Overall, it's pretty decent for a first map. Keep refining it!

By glitches - there were some terrain graphical glitches. Floating turrets, etc. Nothing too bad.

do you notice the black stuff, i need to fix it

thank you for the support