After a year, In the Orbit of God has finally been dragged back from the dead and released.

It's been slow work, but I've finally got the mod to a point where I'm comfortable with releasing it to the public.

The nation of Thiiei is now fully playable, and a new gametype has been created that pits you against a vicious AI. Those are, of course, just two of many things added into the mod since I brought it back. Textures and sounds have been updated, the UI has been revamped, balance updates, etc. 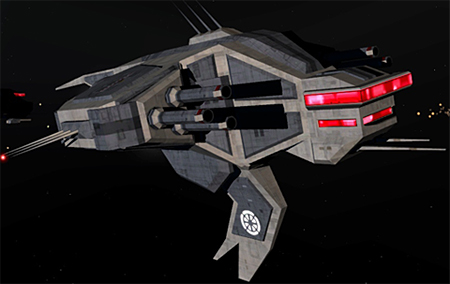 As of this moment, however, I have no plans to take this mod any further, so the other two races will never be added in. Unless, somehow, there's a massive amount of interest generated, but I seriously doubt that will happen.

Installation instructions are inside the .rar file.

I really hope you get to work on it...this mod sure has potential.

WEll, I hope you see that there is interest in masses. I alaways liked this mod for it's cool way of style and the way you did everything very fast and well.

I appreciate the support guys, but you have to realize that it took me the better part of a whole year just to make one race. I'll still update it if people call for it--balance, bug fixes, etc. But not a whole other race. I have other projects that I want to get on the road, now that ITOG is out of the way.

Your hard work is very much appreciated! Making a mod on your own is very commendable. will of course try it out.

Compliments for the good work.