Hearts of Iron IV: The International

Generic and other advisors - 0%

Next week may be released first Alpha version.

Countries of the International I

Soviet Union is leading communist nation since the October Revolution in 1917.Soviet Union is today at the height of its strength. Not only did they defeat Hitler but also participated in the attack on Japan in 1945. As a result, the northern part of the country became the People's Republic.Soviet Union was very successful in their space program the highest achievement - Moon landing- was triumphantly completed in 1968.Most states of the world support the communist idea.The Soviet Union is in a coalition with Czechoslovakia, Poland, Romania, Hungary, Albania, Bulgaria, GDR and Italy. France was forced to sign neutrality in the 1950s, but Brezhnev plans to sign a treaty about join the Warsaw Pact with France.

On the outskirts, the Soviet Union may seem like an unbeatable superpower, but its economy needs the necessary reform.Brezhnev doesn't support ideas of economic reform.Brezhnev replaced Nikita Khrushchev in 1971, when all the beloved reformers died. Brezhnev of some reform of Khrushchev has canceled and promoted the ideas of neo-Stalinism. Brezhnev is not only in the USSR but also around the world the popular statesman. The question is what the USSR is waiting for after his death.

KGB director Andropov, who became chairman after Brezhnev's death, tried to reform Soviet system, but soon died.Even his successor, the already ill Chernenko has not been in office for long.

A major change for the Soviet Union was Mikhail Gorbachev's election to the head of the country in 1985. Gorbachev decided to reform the country. He introduced democracy and free elections in the USSR (in which the Communist Party won 85% of votes). The economic reform was also successful. The USSR finally overtook the US and won the economic war in 1980s.The Soviet Union was the most powerful and influential power.

Not everyone with the reform agreed that much of the elite was afraid to carry out reforms. In their lead was Gennady Yanayev. In game you will have choice to refuse Gorbachev's reform and make military coup lead by Yazov nad Yanayev to save "old soviet ideas"

In 1999, the USSR awaits important elections. 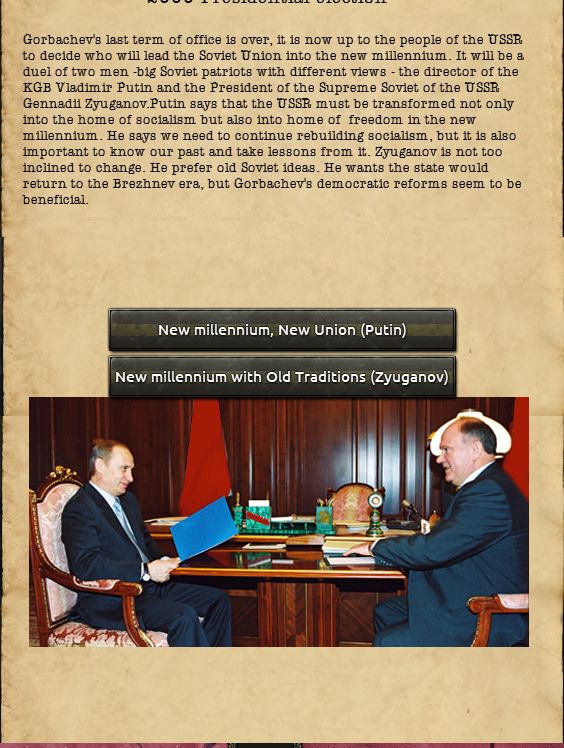 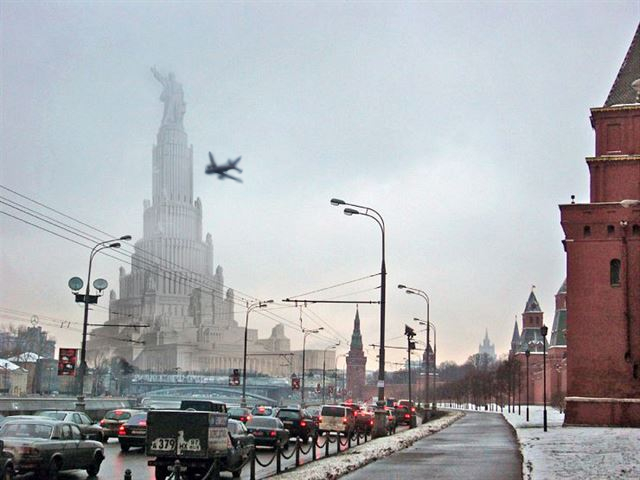 Easter Europe and Balkan in 1980s

All of Eastern Europe countries are lead by men who have been in their heads for decades.All nations, after the deaths of their longtime leaders, they will follow an example of Soveit democratization and announce free elections. Democratic members of the Communist parties will get to power.I will tell you more about the future of Europe in the next article.

In Greece the communist partisans was successful.With Stalin's help they won the Greek civil war and declared Greek Republic.In other countries, development remains the same as in reality. Only in Czechoslovakia the Soviet troops have already withdrawn in 1969.

Divided nation of Germany and Austrian Socialist Republic in 1980s 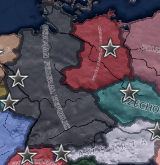 Germany is divided since end of World War II. West Germany has always been richer than the East, but in the 1980s the situation has begun to turn. It is a "East German economic miracle." The governments of GDR, France and Austria face a refugee crisis from collapsing western Germany. The card is turning. West Germany is waiting for crisis elections. Popularity is gained not only by the Communist Party, but also by the Muslim minority and worse - fascists. Finally, no elections are held, only a referendum on the unification of the country. The Berlin Wall fell, the Cold War in Europe is ending.All the efforts of Helmut Kohl were useless. West Germany disappeared in 1990 from the map of Europe. 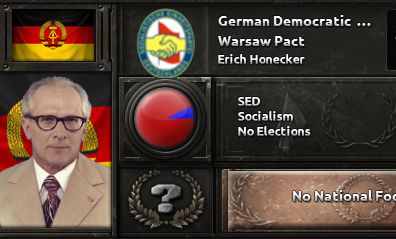 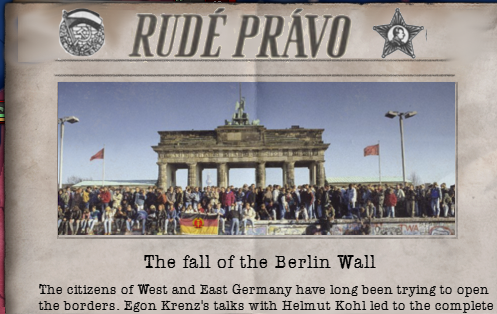 Austrian Socialist Republic was established after communist coup in Soviet zones in 1950. A compromise was reached with Austria, USA and USSR. Austria will have a Communist government but will be neutral. The Austrian regime is similar to the French. In Austria, regular elections, oposition of goverment, total freedom of speech, and permission to do business there. As a result, there were often discrepancy with the USSR and the rest of the Eastern Bloc.Stalin even contemplated the occupation of Austria, but it could lead to the Third World War. When Gorbachev came into office, Austria and France have become his model for reform of Soviet system. 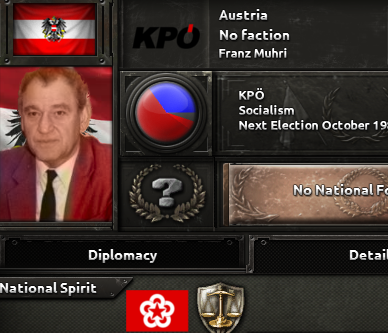 Countries of the International II.

France and Italy have very similar modern history.In both countries, the local Communist Party came to power in 1946. Both countries belong to the European...

Very early demo version of mod The International. Mod is still in development.

Why its crashing after the loading? For what version is this?

when i press an contury then it loads after it loads it crashes :/

help !!, every time I start a new game the game votes me

Hello. I need your help to create events and focus for my country in millenium dawn. thank you

traitor * gets shot by firing squad *

The Gates of Versailles Hearts of Iron IV