The modification of "Economic Crisis" will allow you to take the reins of any state in our time, starting in 2013 and lead it into the future-to the distant 2040s.

You can seek peace and quiet for your people,
You can bring the whole world to its knees before its people, or you can lead the country to complete defeat and ruin.
In your hands is the opportunity to create an ideal state.
Will You be able to change the course of history and prevent a Third World War?
Or will you become the main culprit of this bloody conflict?

Take command on the battlefields of the Third World War.
At your disposal are loyal and unwavering soldiers and the best advanced weapons-everything to build a new world according to your vision⚔.

Thank you so much for choosing us! We wish you a wonderful day!
With love, your EC Development Team❤️❤️

We are coming back...

Hello everyone dear subscribers and mod fans!
I'm the main developer, I have not been in the project for a long time(in the period September - late October and January - mid-April), the reasons were a lot, I mostly spent time to study programming and university problems. I went back last week (April 22), when I came back in the project I saw that everything was absolutely frozen (even it was impossible to launch the mod on patch 1.5, the success was only in the side of map scripting), then I fully combined the mod with patch 1.5 - 1.5.3 .
Now, I'm working in the scripting GUI(linking money to the GUI and a new trading system). In The project started reforms, you can say that the mod was reborn

:)
Now, in the project there is no Yuri Santi (he was an excellent manager and coordinator), so I took all responsibility for myself. A new team will be formed, so the recruitment in the team is announced, we need people on the following list:

- Scripters (we need scripers to develop national focuses, events, technologies, decisions)
- Designer of national focuses
- 2D designers
- 3D modelers
- Youtubers
- Mappers
- Analytics (economics, army, technology)
- Person who will be able to organize work with English-speaking project participants
- Programmers (programmers need to develop a new utility to work with the mod and yet to the future they need another project)
- Translators (translation of the mod in English, as well as to correct errors in localization)
- Editors (writing posts in social community)

If you are ready to work with us, message me.
Follow us, there will still be good news ahead

:).
Subscribe to our Discord server (the channel is completely redone)
Discord.gg

Below the screen from the working version of the mod on patch 1.5.3 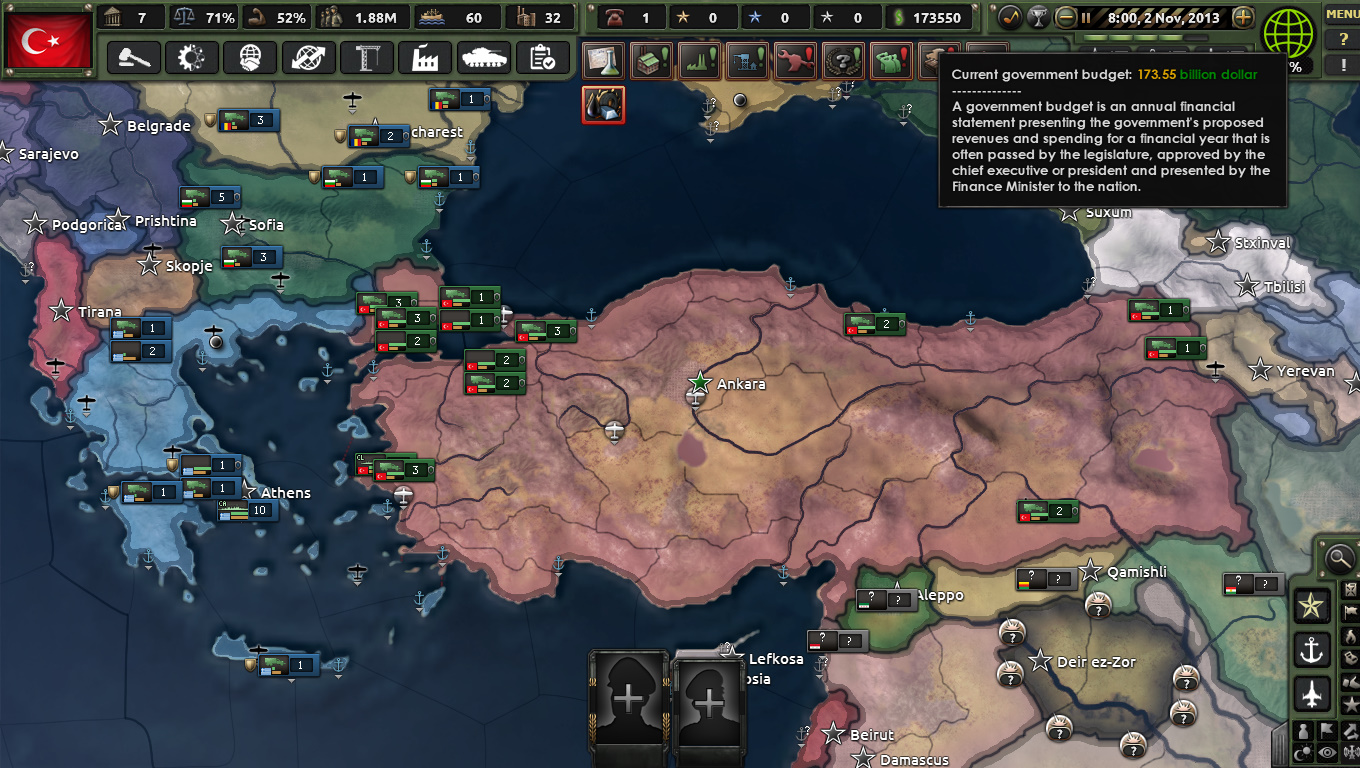 In this article we will say about new release day of alpha version 0.6.1.

Detailing the domestic policies of countries

Long-awaited new version is released! You can download new update.

First Dev Diary, in this dev diary we say about current development progress!

in my EC installer have a problem and say this: NETWORK CONNECTION ERROR INVALID ACCES TOKEN

The mod is very good but when I look at my country Slovenia, something is wrong, very wrong...
you know that the border is a little bit wider in the west-north side take a look at this map: Google.com

Can you fix it, please?