We made massive progress on Underground Multiplayer (UG-MP) last year and will continue to do so this year. We are now very close to finishing the client for the initial release. This article will go over the most notable changes from the last few months.

What is Underground Multiplayer?

Underground Multiplayer (UG-MP) is our upcoming multiplayer client which is built on top of the San Andreas Multiplayer modification with permission from its original authors. You can learn more about it in our introduction article here.

Quite a lot, to be honest. On our official youtube channel and on GTAForums we post UG-MP updates almost daily. However, not everything is worth an article of it's own, as the main focus for the initial release is making sure that most, if not all SA-MP features work well with changes we make under the hood. A summary of them can be found at the bottom of this article, while the more interesting changes can be found below.

In UG-MP it will be possible to set a pearl effect colour on any in-game vehicle. This effect will be visible to other players, and the player is not limited to a specific set of colours from which he/she may choose, like with normal vehicle colours. It will be possible to either use any RGB value as the pearlescent colour, or a normal vehicle color via scripting natives, and this feature will not be available in singleplayer.

Here are some screenshots: 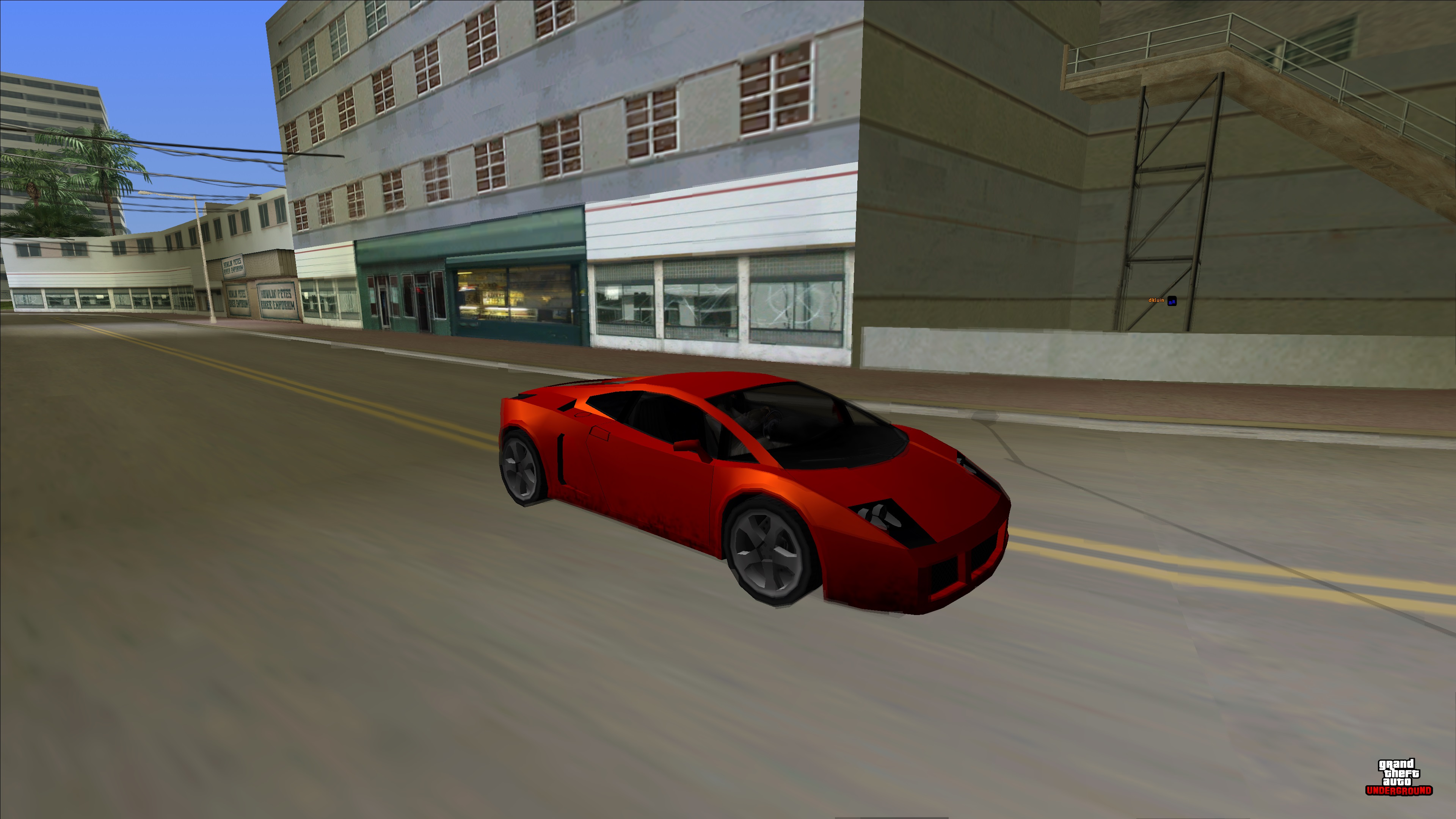 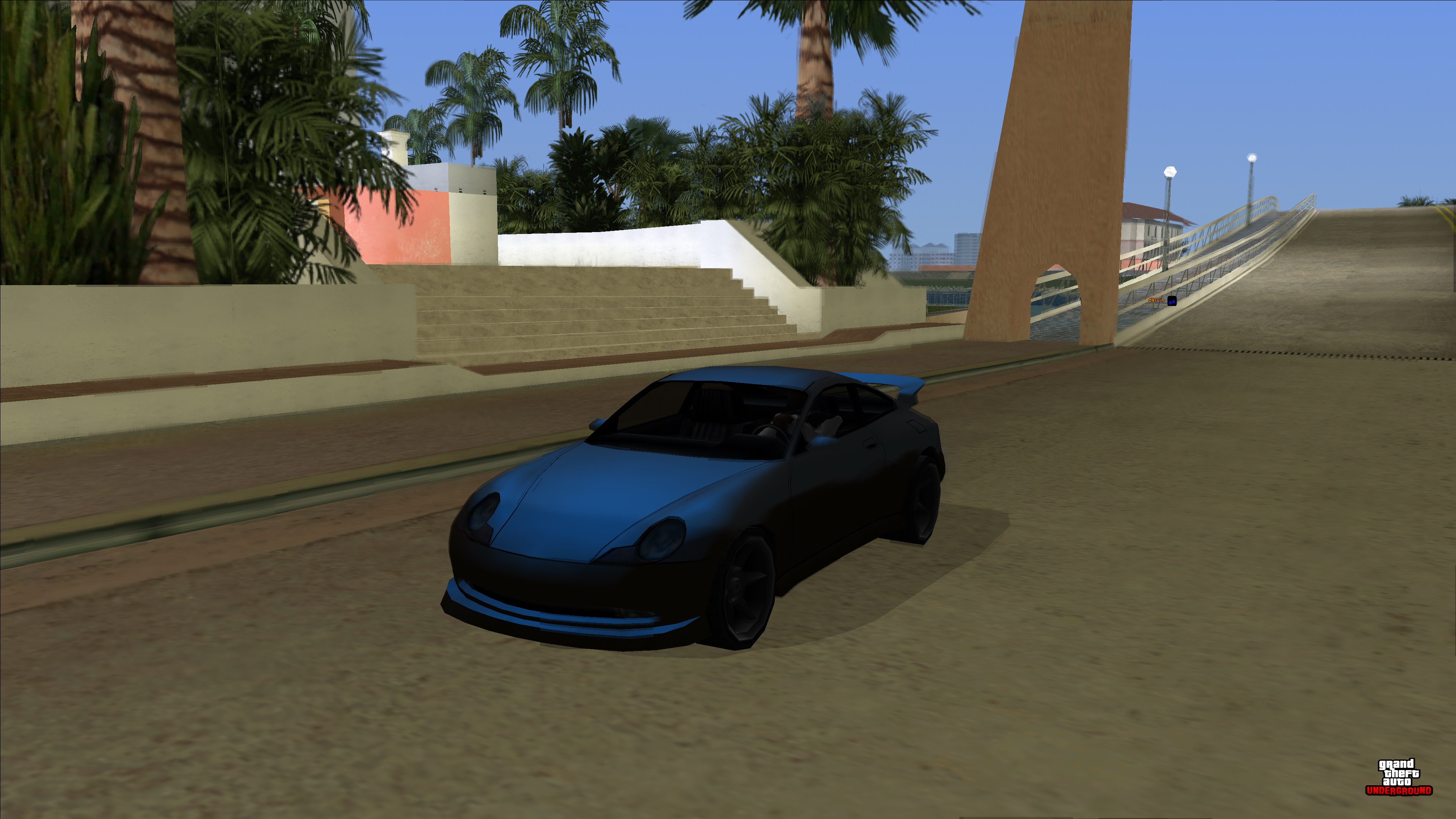 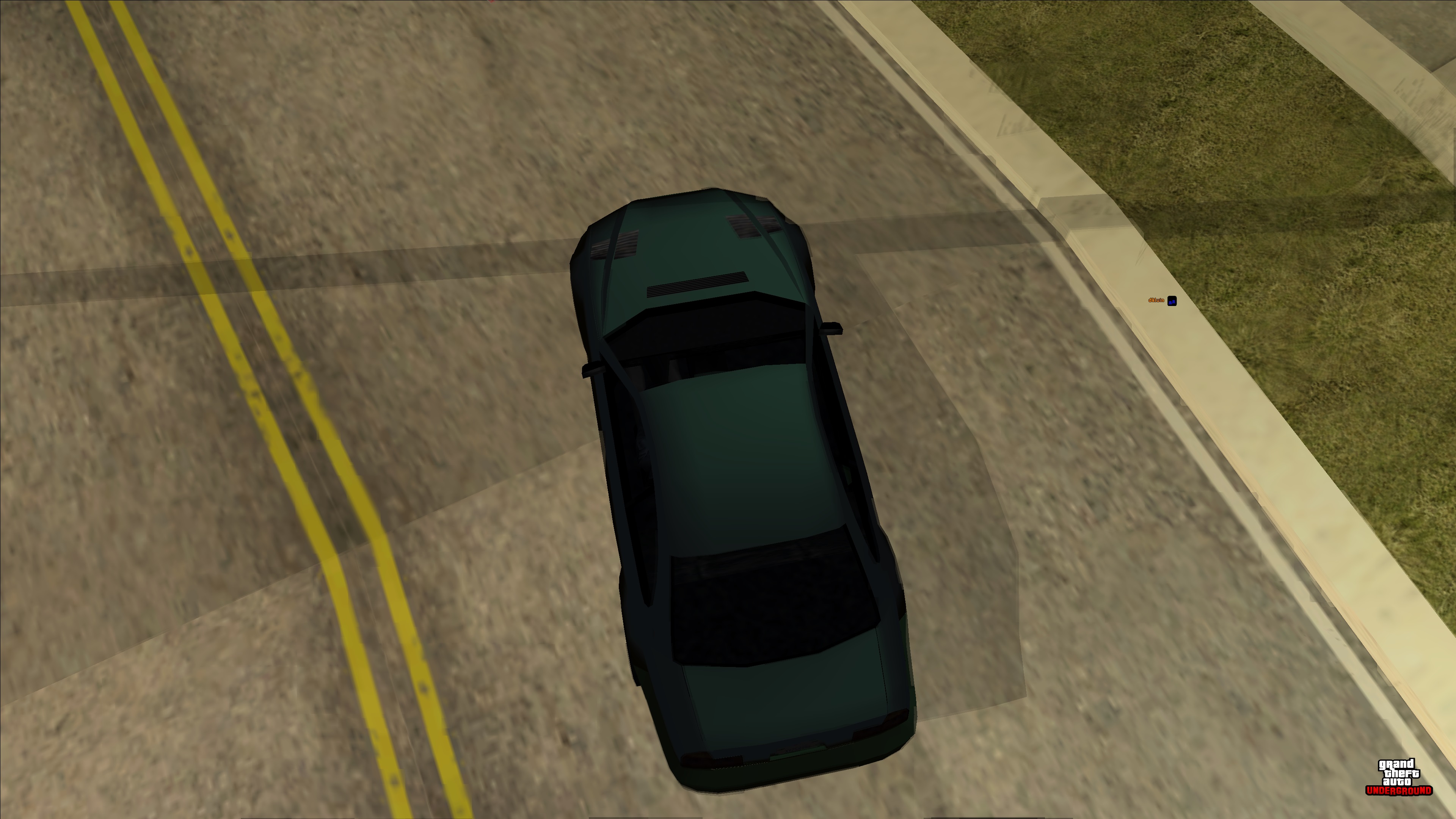 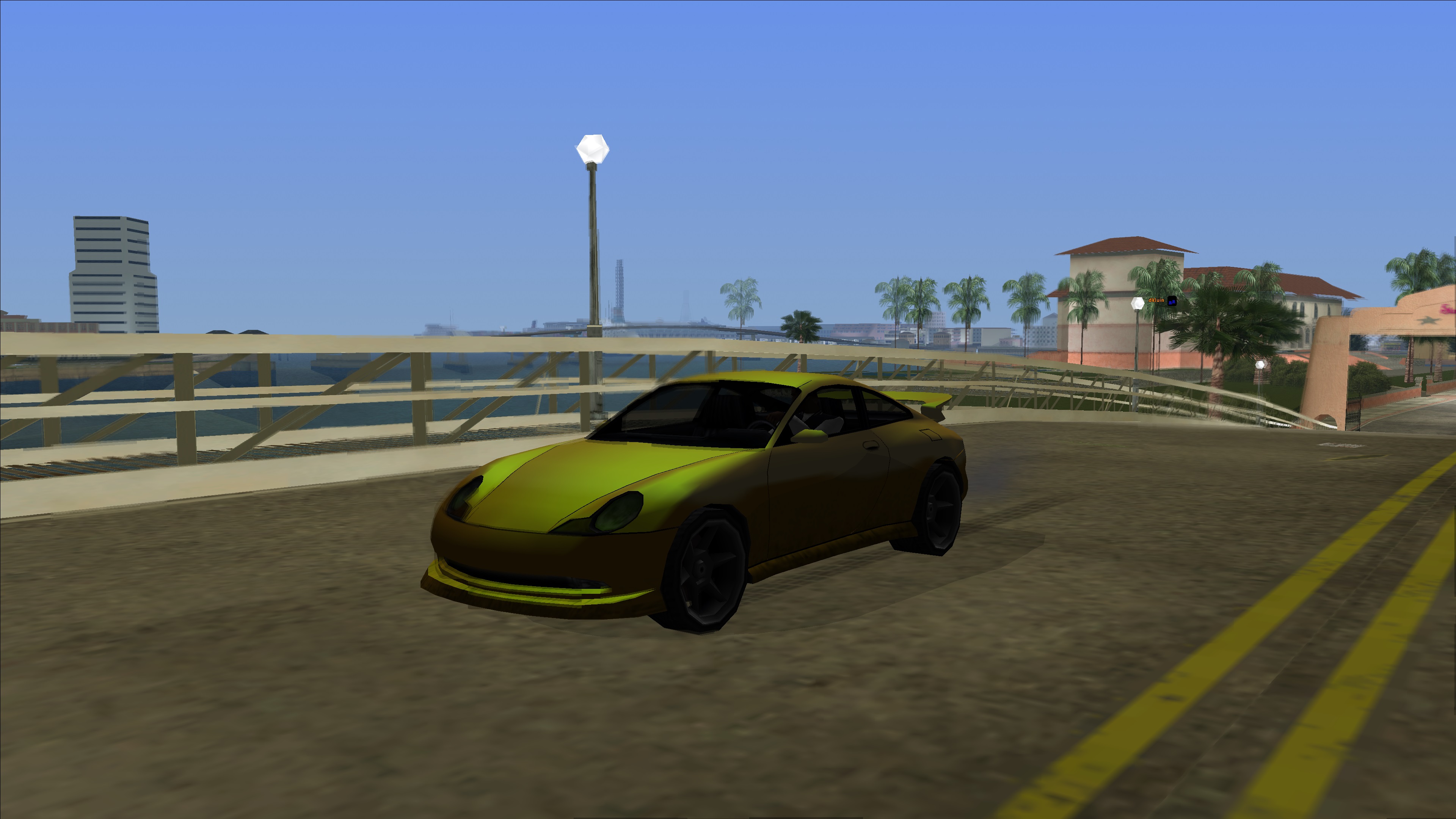 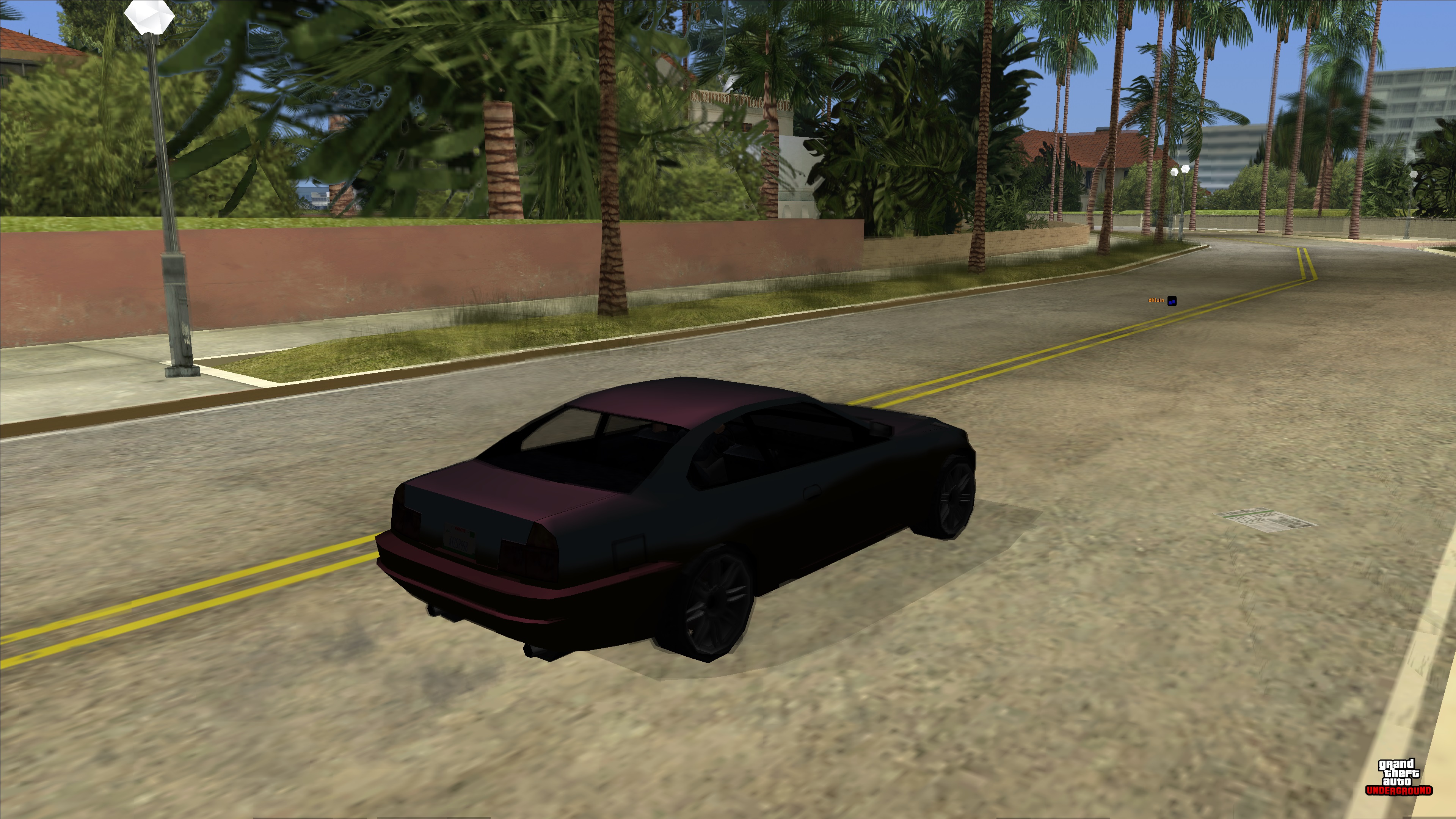 Normally, when you change radio stations while inside a vehicle in SA-MP, it will only change for you. Other players which may be inside the vehicle can listen to a different station without it changing for the driver. In other words, the current radio station is not synchronized. UG-MP however does synchronize it. It will also remember the radio station which is played for as long as the vehicle exists. This means that if you leave the game, and the vehicle is no longer near any players, and if someone enters your old vehicle after some time passes, it will still switch to the radio station you were listening to prior to leaving the game. We also expanded on this by introducing scripting natives and callbacks which can be used by server developers. This feature can be seen in this video:

As mentioned earlier in the article, by default, you are limited to a specific set of predefined vehicle colours in GTA: SA and SA-MP by default. UG-MP on the other hand also lets you apply RGB colours. This means that you can set pretty much any colour you want on your vehicle, albeit from the traditional vehicle colour set, or your own RGB color. This will be possible through additional scripting natives. RGB vehicles are exclusive to UG-MP and will not be available in singleplayer. Here are some screenshots and a video of this feature in action: 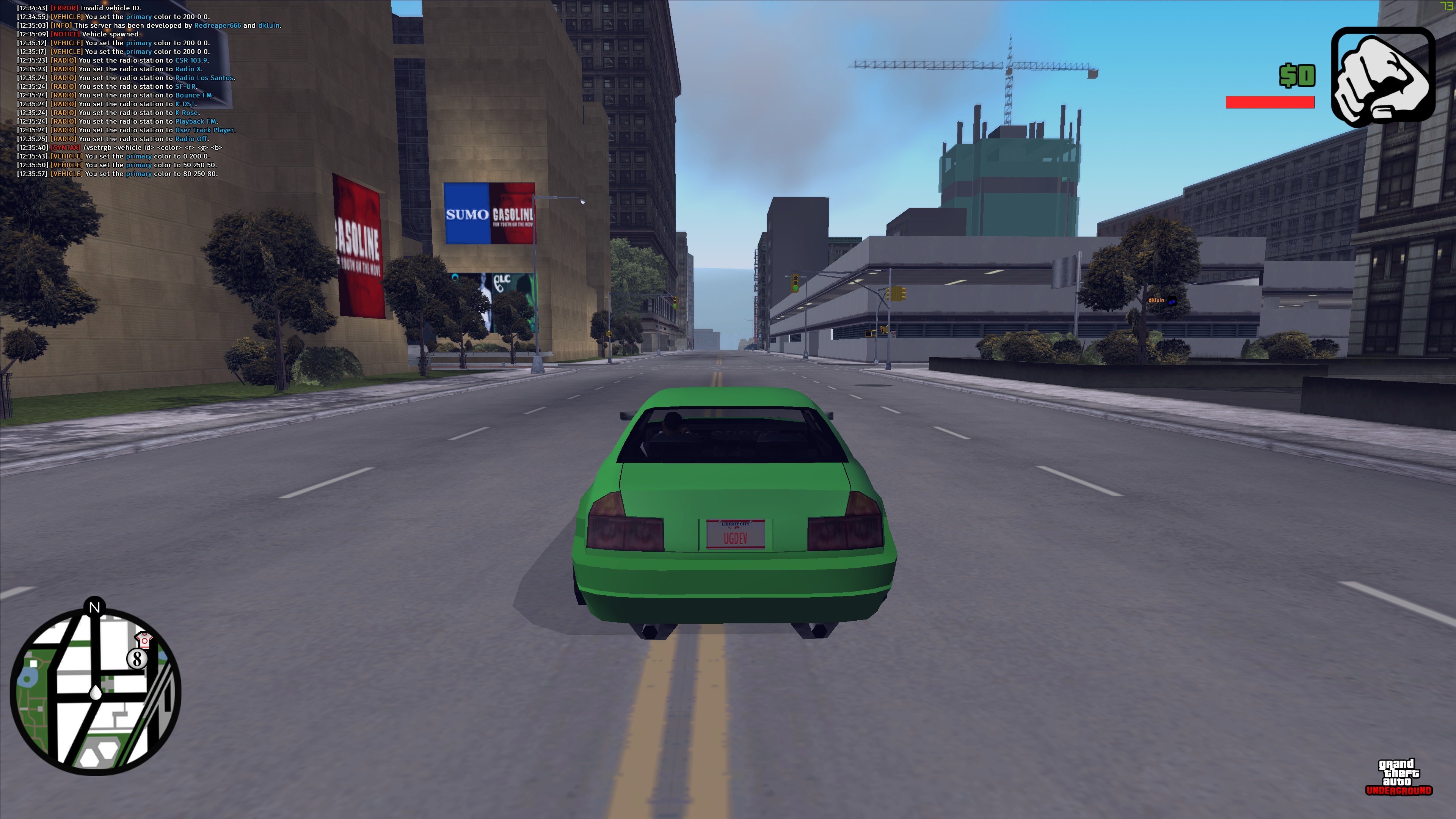 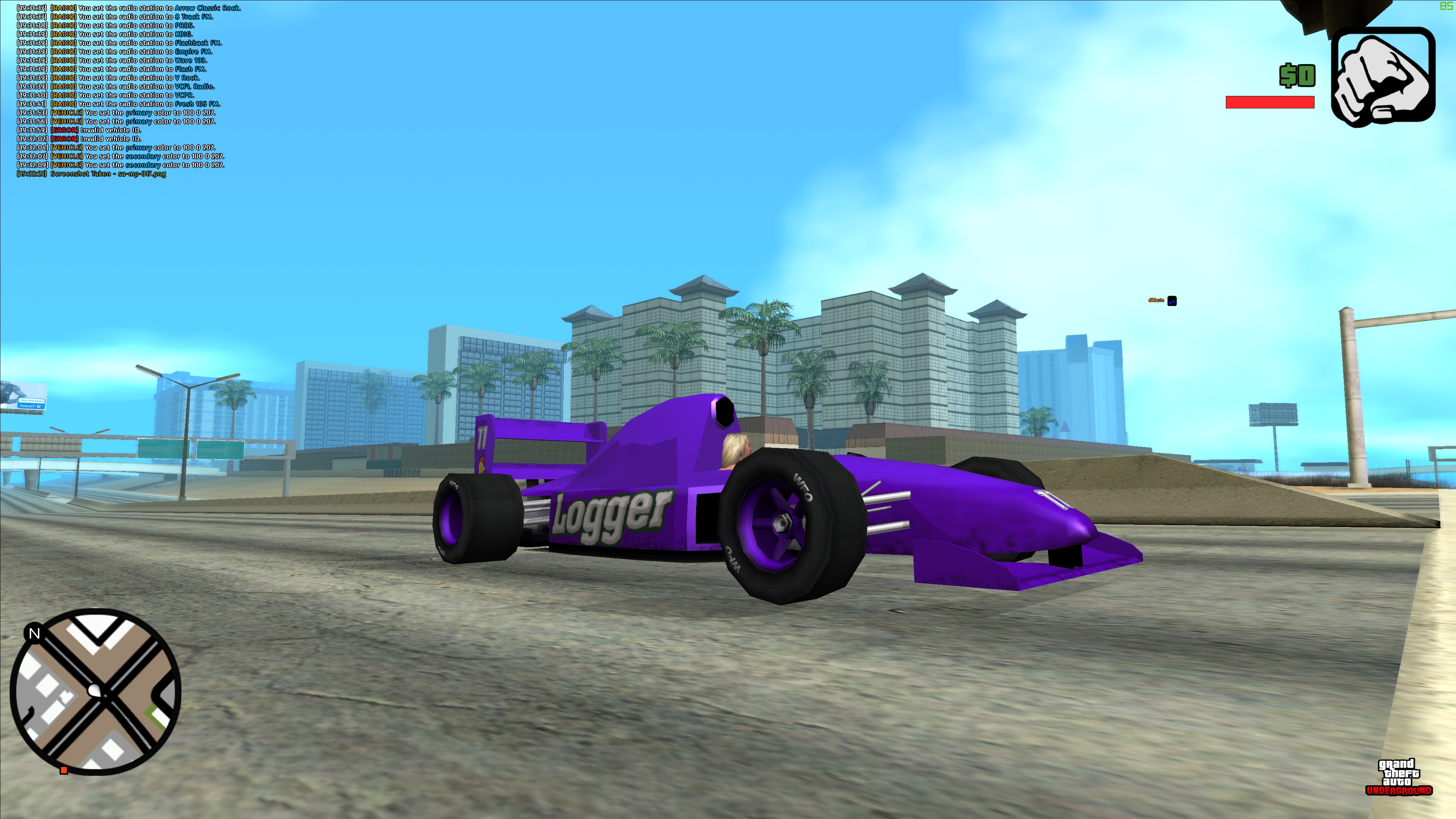 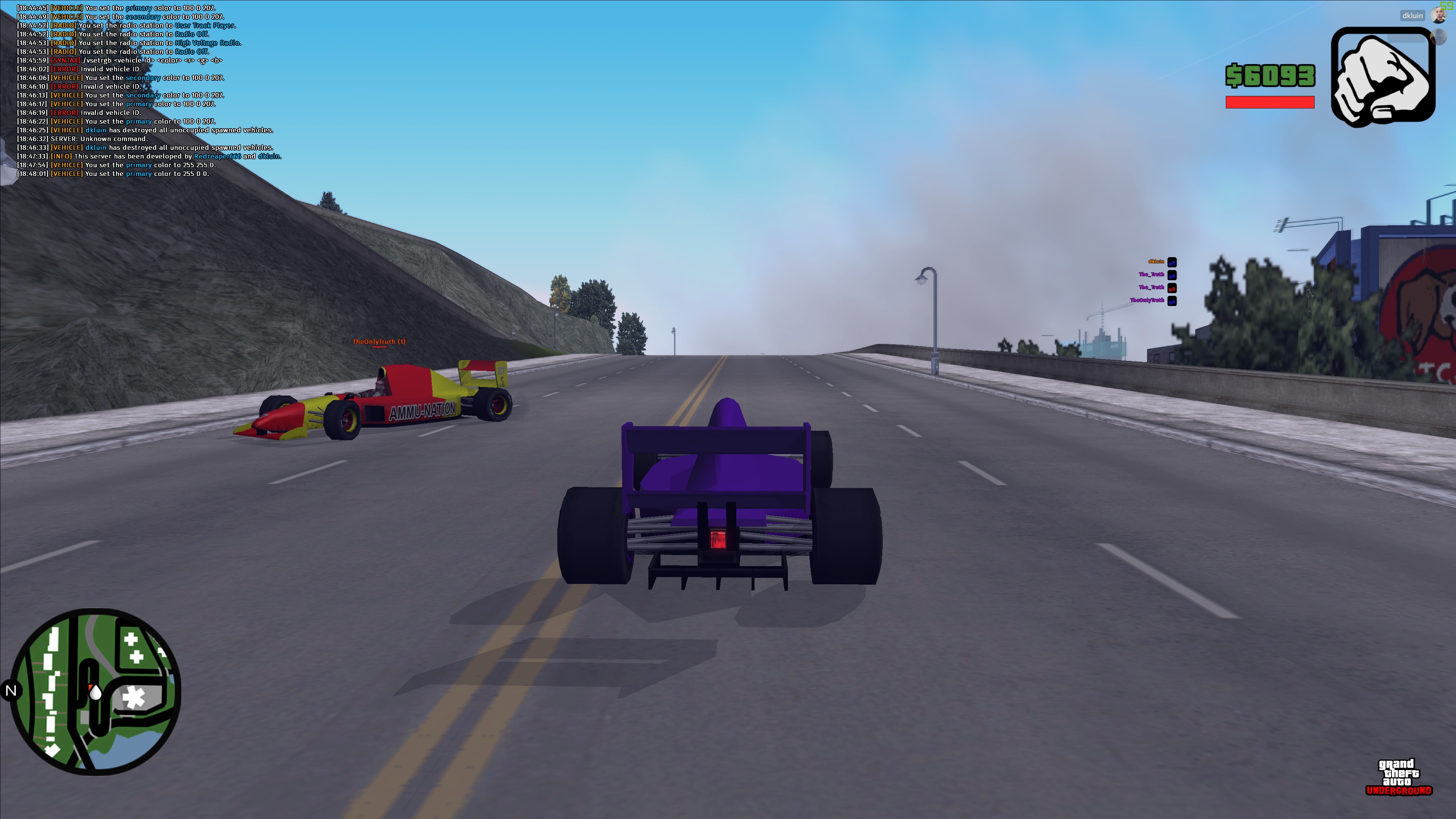 Laser rifles and their red dots

As of right now, several 3D era GTA games come with sniper rifles which have a laser scope. You will be able to see a red dot while aiming the weapon, as seen in the screenshot below: 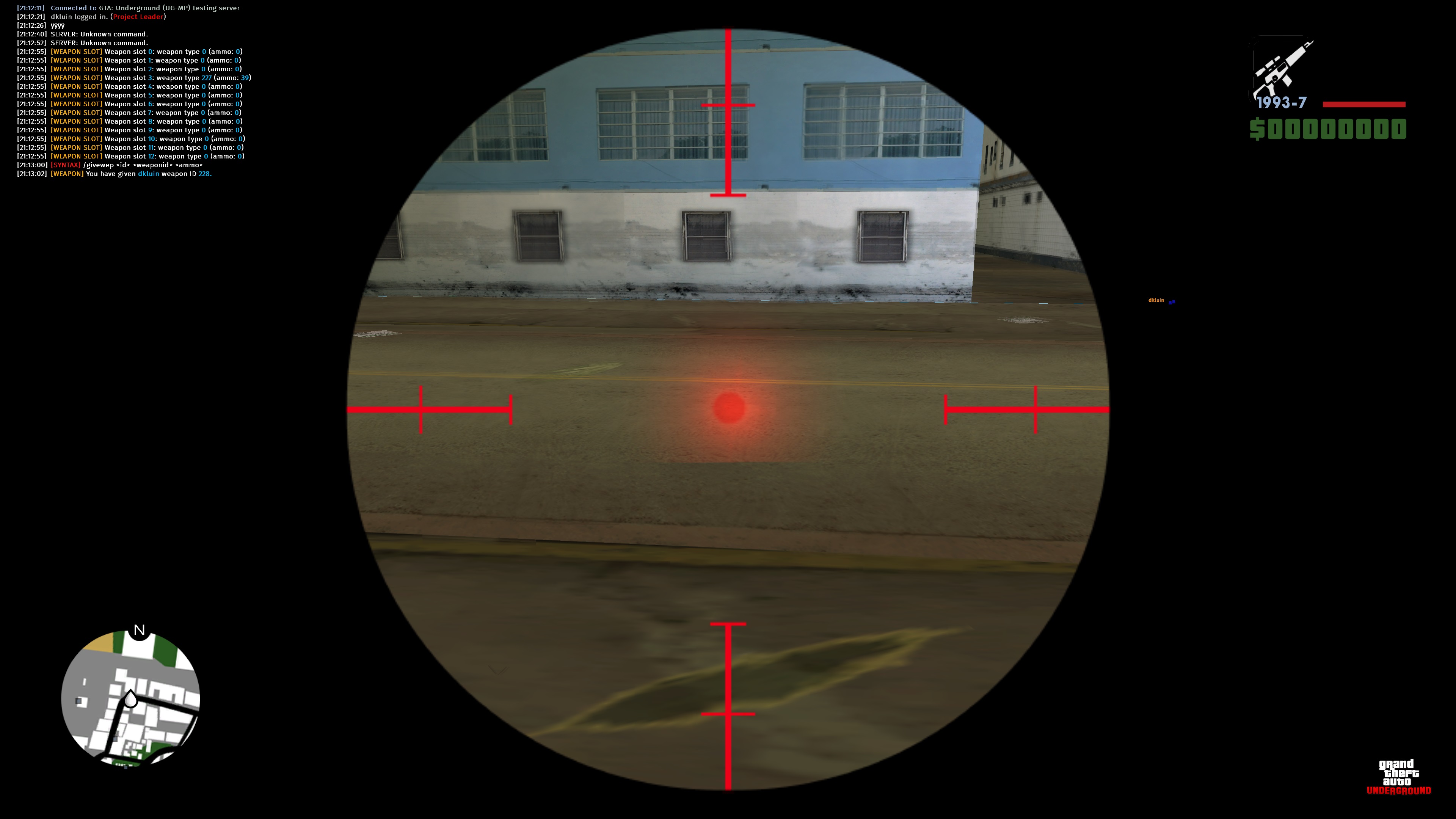 However, the dot will only be visible to you. We figured it would be great if not only others were able to see it, but also if there were scripting callbacks and natives for this, as big roleplay servers could in theory make it only show the dot whenever you buy a specific weapon upgrade, for example. Think of being able to know the in-game coordinates of the dot, and disabling it, for example. Here are some screenshots of this feature in action, as well as a video we recorded about it: 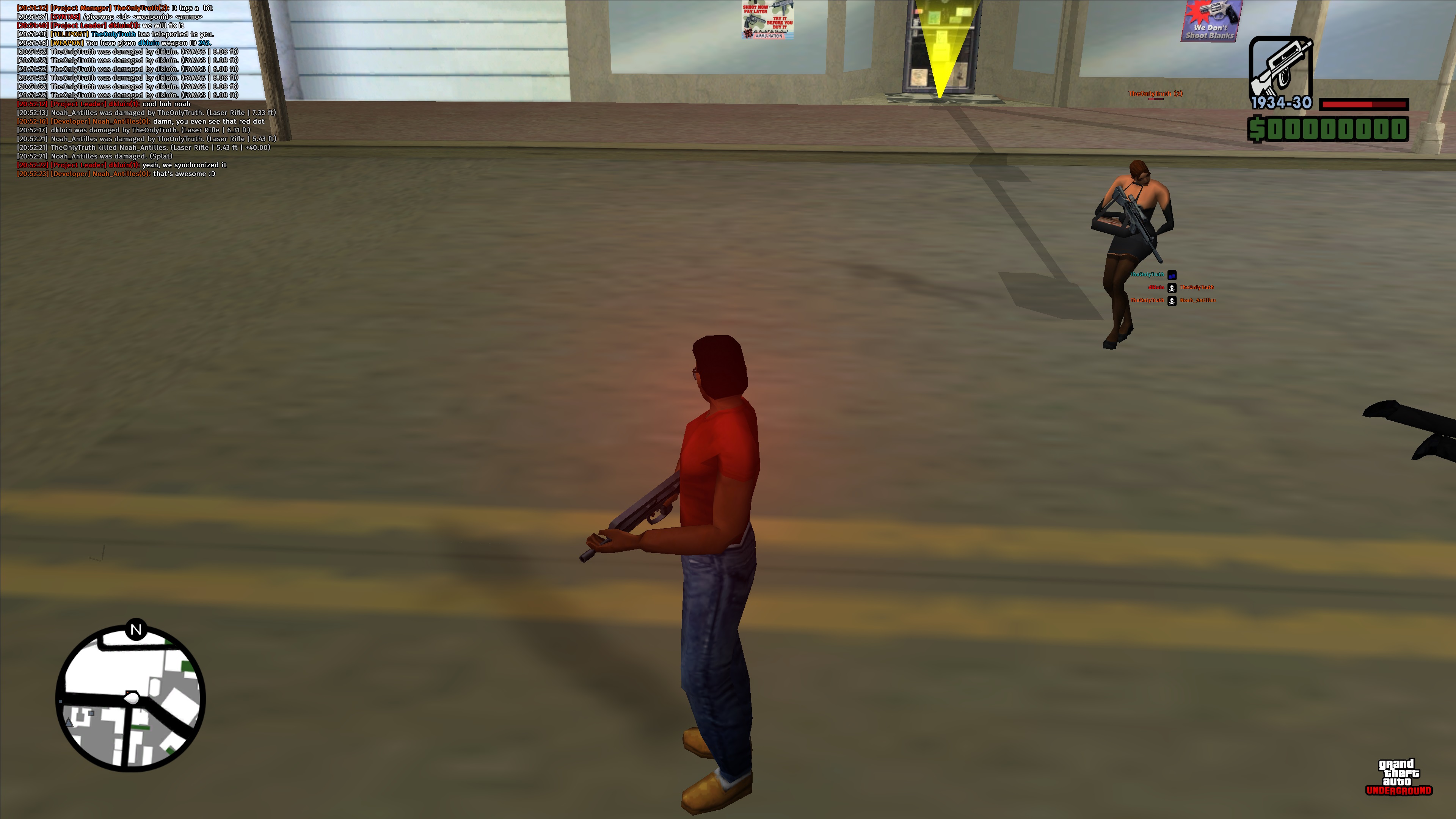 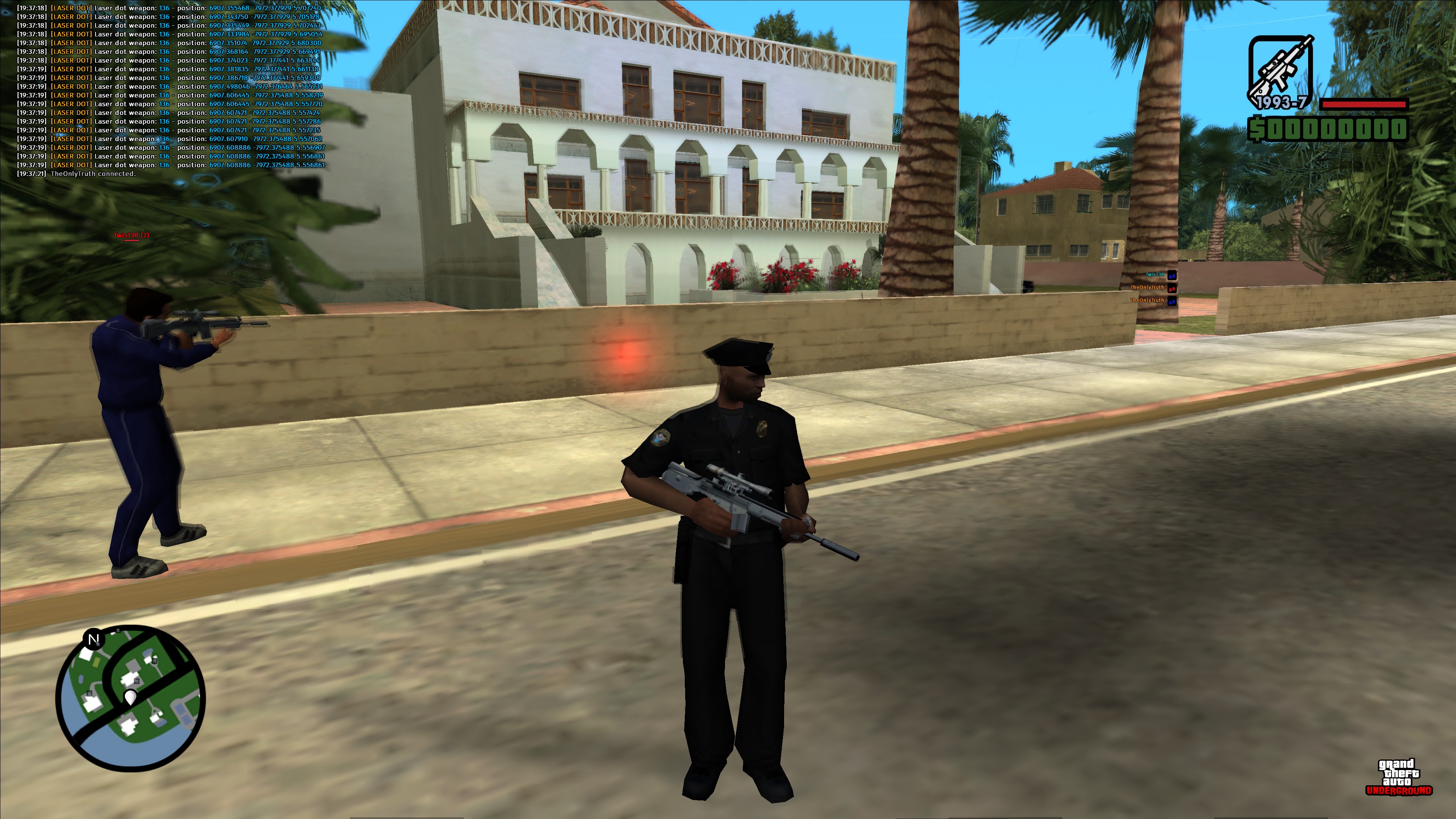 And finally, and lots of compatibility patches.

As we said in the beginning of the article, the majority of changes are necessary compatibility changes which ensure that everything works as intended. This article does not cover these patches in detail, instead a summary of the most notable ones is listed below. On our official channel you will find plenty of videos if you want to learn more about them.

Still can't believe all this is being done on an ancient engine that RenderWare is.
Shows well, how you can push it to the limits and beyond.

That radio change will cause (a few) people to become salty I am sure.

when i see those cars, the first thing that came to my mind is NFS, dunno why :)))