When Grand Theft Auto III was first unveiled in magazines worldwide, it was a very different looking game. The dark and gritty crime simulator that created a blockbuster franchise once looked like something else entirely:

Garish. Colorful. Distinctly '90s. It was shaping up to be a direct successor to GTA2. What happened to this missing link, and what would it feel like to see it in motion?

Grand Theft Auto 3D is a team effort to answer this question. The mod uses a combination of new code, in-game leftovers, HD texture sources, and handmade assets with the goal of giving you the impression that you are playing a prototype of one of the most influential games of the 2000s.

Release 1 - Back to the Streets includes 60% of the game's first island as it appeared in the oldest screenshots, along with most of the real old pedestrian and vehicle models, a new HUD/frontend, new particles, new animations, and several gameplay features seen in pre-release media. Staunton and Shoreside Vale have been removed from the game, as there are next to no references for these areas. Since the map changes cause issues with the final game's missions, the mod is only included with a basic free-roam script with some side-missions available. This will change soon! 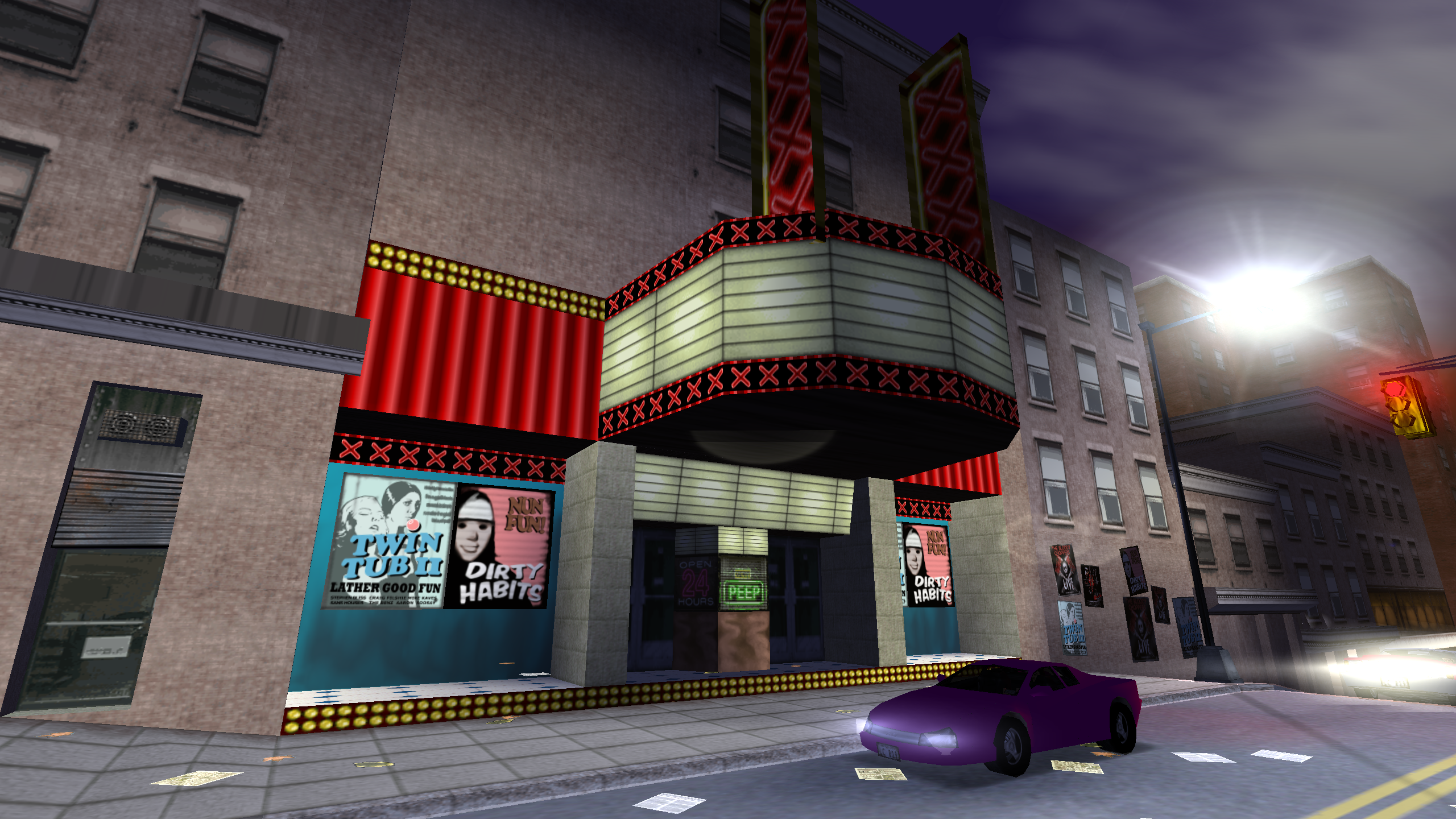 It's been a long time coming but after four years on GTAForums and with the mod released, we have finally arrived on ModDB. I'm still getting the hang of things, so sorry in advance for the sloppiness of this page.

Now for some news! GTAForums member _AG, perhaps best known for his work on Vice City Stories: PC Edition, has joined the team to help us with UI stuff and general cleaning-up of the mod's code. Here's some samples of the big improvements he's made:

First of all, the HUD now scales properly on widescreen displays! The money counter has also been fixed and we are doing away with the HUD icon for the armor, instead opting for a blue bar to the left of the health.

The menu has received a nice overhaul, with a version number at the bottom and every logo divvied up into chunky sprites. The sound options have also been neatly packed, with the Audio Hardware option being removed for the time being.

Lastly, here is the new loading screen setup (background likely to change). Each file currently in loading will display in the bottom right, which will certainly help with debugging.

As for the map, I have fixed quite a few bugs since release and I now have my sights set towards Trenton. We will have more to show soon, so please stay tuned. As always, we can be reached on the Rockstar Vision Discord server and at our thread on GTAForums.

The biggest mod stories for the week of February 3 2019.

Build 1 - Back to the Streets

The first (and unfinished) release! Note: This mod requires a vanilla copy of Grand Theft Auto III to install. Please be sure to read the ReadMe or it...