What if the Qing Dynasty never declined? What if the Xinhai Revolution failed? 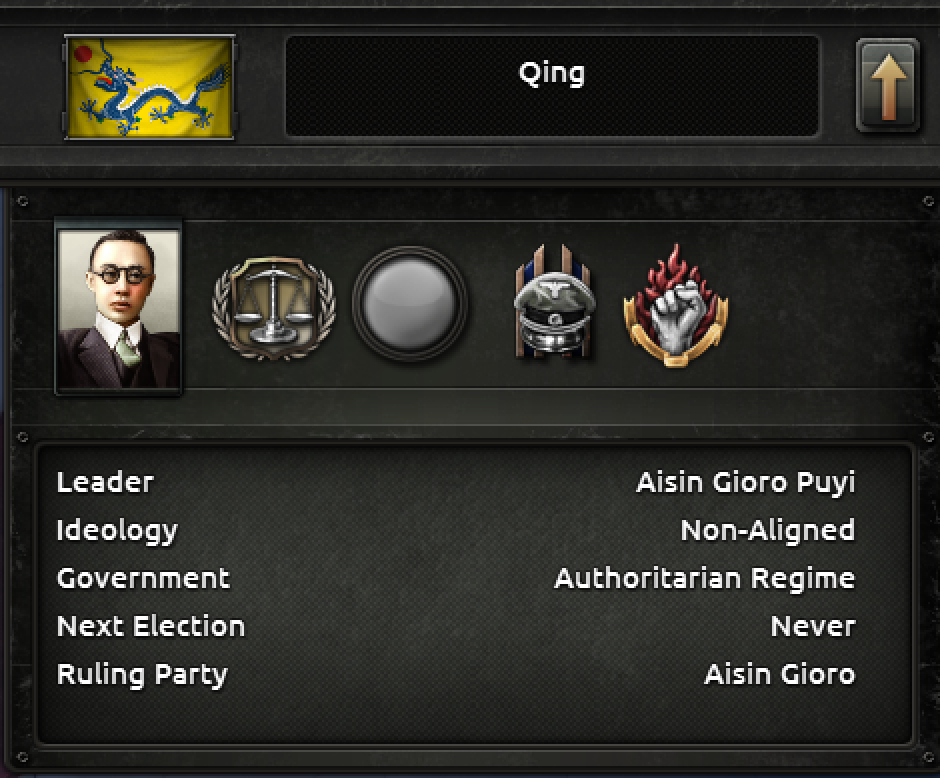 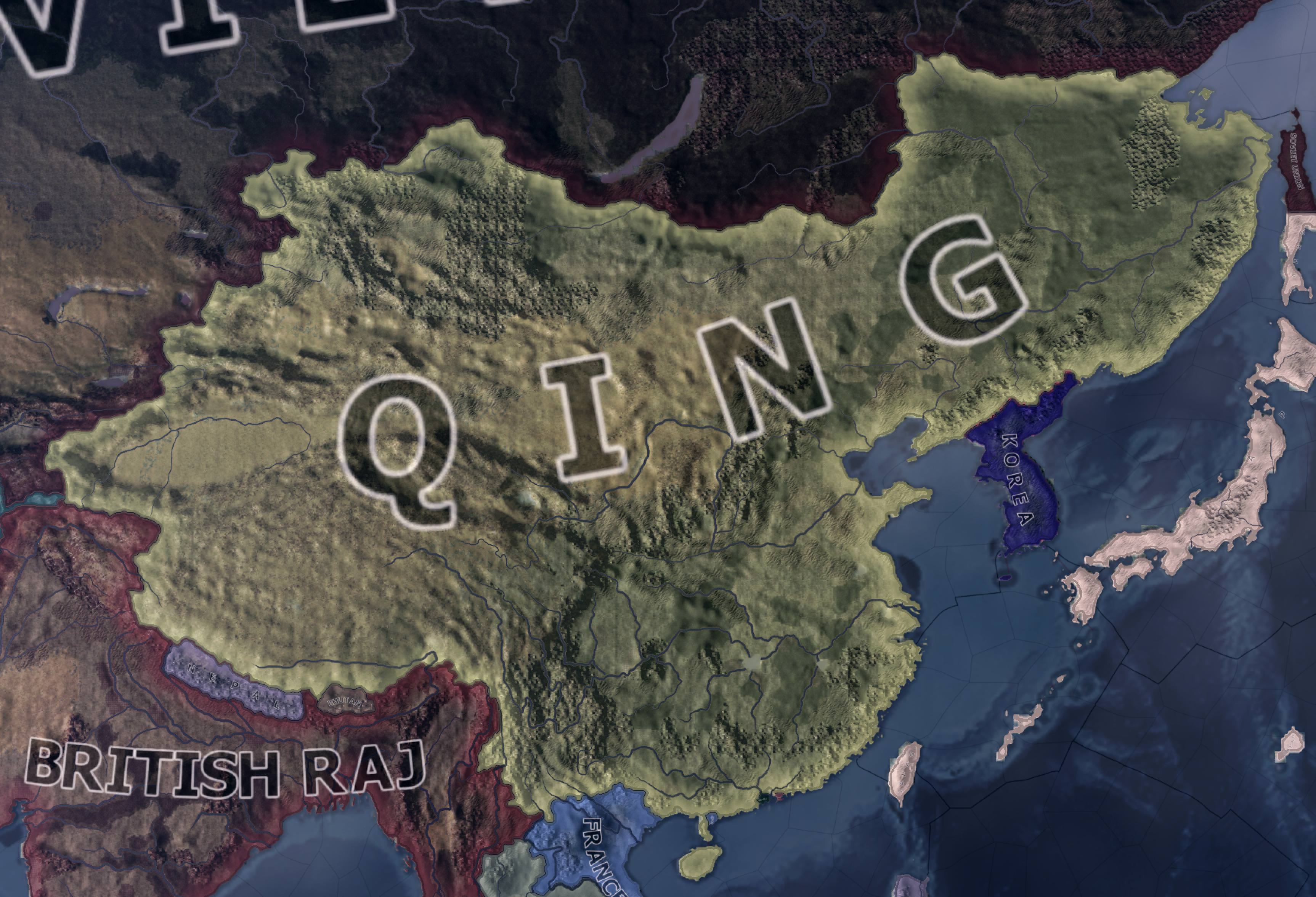 Hello! I'm here to deliver some progress about the mod. The Qing now own all former lands in China and Manchuria (Central Asia in focus). While the focus tree is still being worked on, it contains:

Options to Consolidate (Make a stronger presence) or Abandon Qing

Korea might have a default focus tree, modded default tree at best. It can be invaded by Qing, as stated above. The Flags for Non-Aligned, Fascist, and Communist have been changed to Korean Empire, The One used in TGW, and the DPRK.

The project constantly crashes, so I must restart the modding process.

What if the Qing never fell?

In this article, I post the backstory of Gong Jin'ou.

Do you have the Waking the Tiger DLC? If you do, search the files for the Manchukuo leader portraits folder and the newest Puyi portrait has him wearing Qing robes. Just a bit of advice.

I only just recently came back to HOI4, for anyone who's been wondering where I've been.

I've commented before, saying you've gotta finish this, any updates cause I haven't forgotten and am still hyped!

Yes, I am currently working on cool **** like, uhhh, decisions, and things. Anyway, I was going to simply abandon it and release the current ****** one, but then I got WtT and I think I can take it up again.

Please give updates, and maybe even a release date estimate.

How about a part of the focus that lets you expand south, into India, like how in real life there's border disputes between China and India, change the providence so it can be an event for a focus where you send a request for the land or something, and like a focus asking for France to release South East Asian countries as your puppets, or going after Bhutan, Nepal, or Siam at ultimatum at puppet or annex.

One does not simply annex Nepal.
Anyway, as for India, the Arunachal Pradesh issue is addressed in the fascist part. I think annexing or puppeting could go with an Independent Tibet.

Just dont give up on this mod man.
Got any idea when the release day is?

Most likely not. I have school to attend to, so I only have about two hours a day on the computer.

Well if the mod wont be fully released, can you atleast give us a super super early Alpha ?

The mod will be released. It's just I have no idea when.