In another universe, Germany and its allies won WW2. Whereas USA fought a victorious war against Japan, they were eventually defeated by a German coalition against them.The aftermath of WW2 on the entire world with the victory of Hitler is considerable, not only politically but also socially and economically speaking. Expect from this mod new mechanisms and addons, such as new political parties, new states, new civil wars! PROGRAMMED BY FRENCH MODDERS, BUT WE ARE WORKING ON AN ENGLISH VERSION

The firts picture is released! You can see it now! 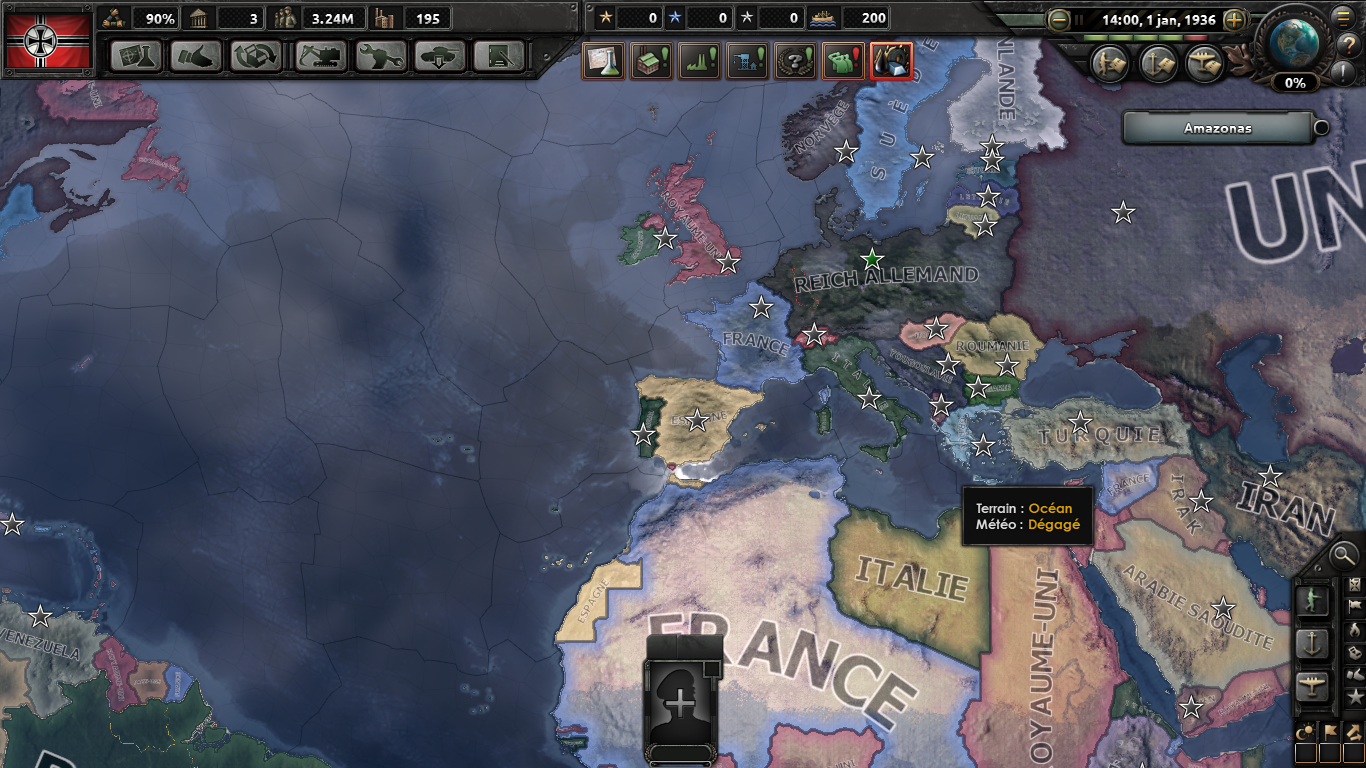 I think would be more realistic that Germany annexes France or makes a puppet out of the French North Coast. The USSR wouldnt exist. Russia would be a Fascist puppet or something. Germany would most likely take most of The British Colonies for itself and Italy. Also did Spain join the war in this universe? Also why are Algeria and Indonesia free?
Also Great Britain should be a puppet

I also think Estonia should be a puppet

Russia is so strong to be a puppet, historically. France isn't a german puppet, but there is a fascist government, Why? Marshal pétain is killed by german, and ther is a fascist government in france. England, is also fasciste. Algéria is a puppet of france. Spain join the WW2, indonesia gain his independance for the Benelux. And the East countries are puppets of germany.

I don't understand how Russia is strong now, all of their important cities and resourceful territories seem to be annexed by the Fascists. The only thing which Russia has are the oil fields in Crimea which doesn't make sense for Germany or the Fascists to leave to Russia. Plus in a fascist world the Soviets would be economically isolated.

No, in the history, when barbarossa hapenned, soviets taked all their industry in siberia. And, Siberia is not a very cold no man's land, there is also some gaz and some oil in Kamatchka.

How are Germany's relations with China in this universe?

There are also bad, because in china, there is much nationalist and Communist governments, there isn't any Fascist state.

I warn than we prepare a english version of the game. Indeed: I'm a french modder, but the first version is in english.

If you have ideas for the scenario of the mod, say it in coms!

It's a long devloppement, but I'am going to take much dev' diaries!