Eye for an Eye

A modern war modification for Faces of War and its sequel, Men of War, Eye for an Eye brings you up to the heat of the US-Iran conflict in year 2010.

Here is another batch of handhelds, for you guys ^^


As promised, we come with the next batch of handhelds. 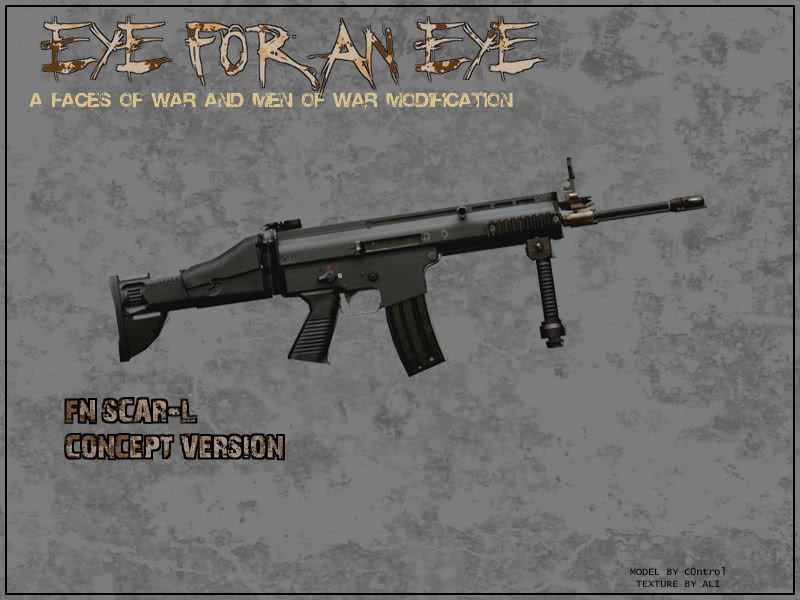 Shown here is the new weapon in use by US Elite units. SCAR comes in 2 versions, first, L fires 5.56 NATO ammunition, and the other, H fires 7.62 NATO. These are weapons known for their reliability, modularity and an unpaired accuracy. This model has been made by C0ntrol, and skinned by Ali (ye, C0ntrol is still new to modeling, but as you see here, he has potential. Keep on the good work mate ^^) 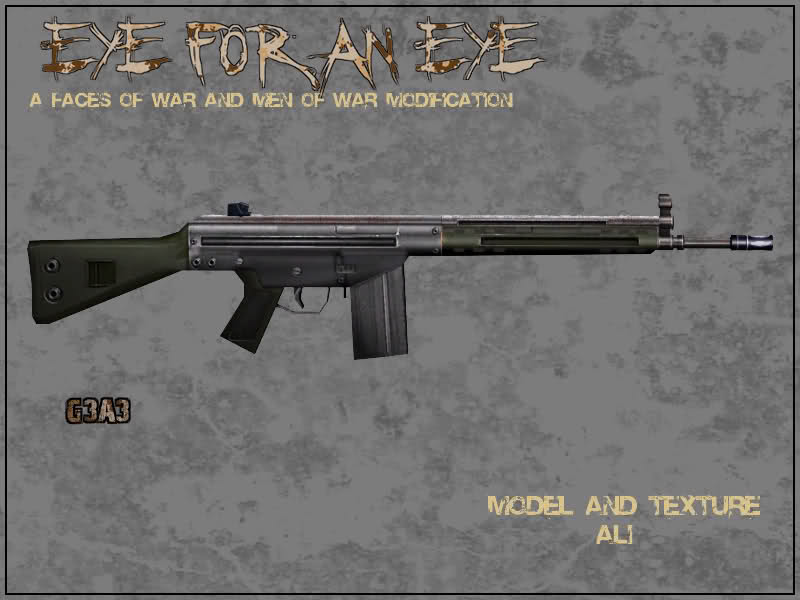 Here we see the pride of German war industry, the G3A3. Licencedly produced in Iran for over 40 years, it has been the weapon of choice of Iran Elites. Being an excellent mixture of the devastation and range, it truely is a marvellous weapon. Its only probable downside is the low capacity clip. Anyway, the weapon to be afraid of. Also a very modular weapon, and a variety of weapons have been made on its basis. 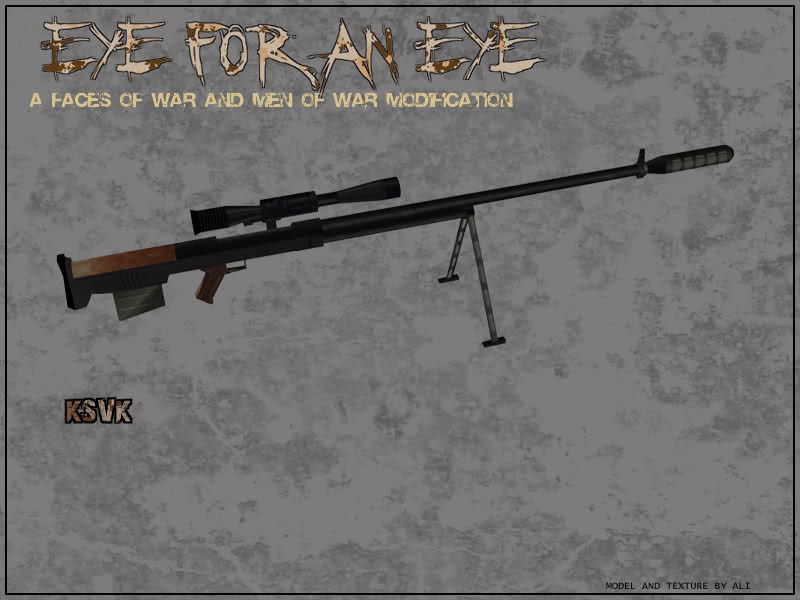 Here we see the Russian response to heavy snipers. With experiences from Chechnya, Russians realised they needed weapon to counter snipers behind cover, and to disable light vehicles and technicals at long range. The result is KSVK, firing the uberpowerful 12.7 x 108 mm round, which is even more powerful than 50. BMG. Seeing these advantages, Iran army bought the licence for manufacturing of this fine weapon in 2009, after some border skirmishes with US snipers. Snipers haven't been heard of since... hehehehehe... 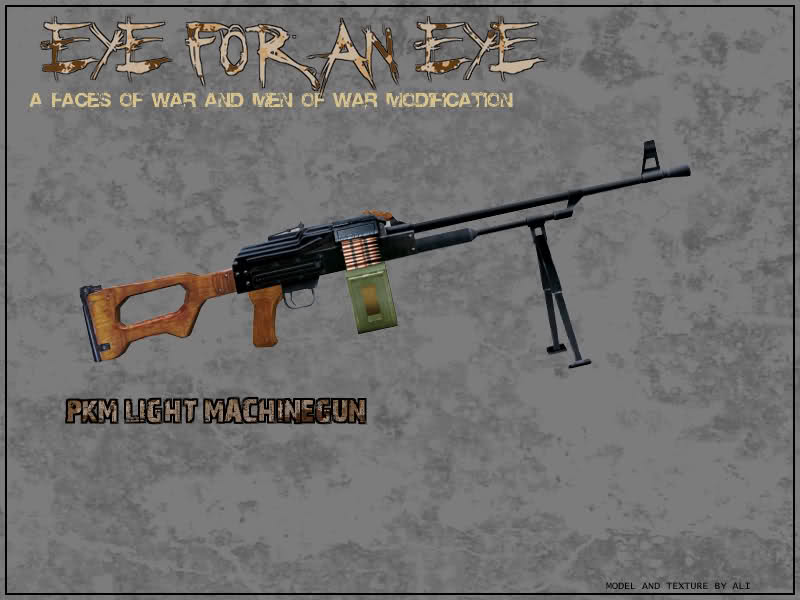 Oh yeah. Rambo has got nothing on this baby. Even though its classified as medium by Westerners, armys that still opeate this machinegun still call it light. It fires 7,62x54mm R ammunition, which is more powerful than its NATO counterpart. Known for its reliability, PKM served along with AK for decades now. Its best virtues are the unbeatable long range (can tackle snipers at max range with a skilled shooter) and the ammount of firepower it delivers to a single fireteam. A true killer.


Allrite, thats all for now, come again for more!

Eye for an Eye Modding Team

Eye for an Eye Faces of War
Related Games