The mod uses the vanilla Oblivion game ressources only.

It's meant to bring the world of the Pen and Paper game "The Dark Eye" (DSA) into the world of Oblivion as far as possible. It's inspired by the games "Drakensang" and "The River Of Time" by Radon Labs . Unfortunately the game studio doesn't exist anymore, and there won't be any further games. So this is an approach to make some new stories playable ;)

DSA Kosch2 will replace the Cities of Cyrodiil with those from the region of the Kosch, which is a famous region of Aventurien. It will be centered around the city of Ferdok and Nadoret.

The city of Ferdok is already existing. The current step in development is moving the different town districts to their own world spaces, which is quite time consuming, because everything must be in place before, so the player won't recognise the difference. Interiors and populating the districts will be the final steps to Ferdok.

Thanks for voting and helping DSA Kosch2 on it's quest to become the 2022 Mod of the Year. You are now in with a chance to score some free games from our #modlove collection. Help this mod secure more votes by embedding the widget (or link) we have included below on your favorite sites.

It took some time to create the last two districts, Grafenstadt and Dwarven district, but finally i wasn't limited to the Ferdok template from Drakensang itself.

City:
Grafenstadt is a very generic, town like district with the great market, the Rondra temple and the residence of Count Growin. The dwarven district is small on the outside, as there are only a few buildings, including a very unique fountain, rebuild by Mechanicus Graxosch. 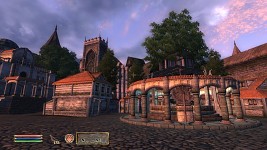 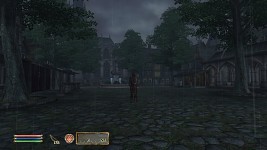 He convinced the dwarven community that it's easier to cut your needed water into blocks and carry it on your back, instead of messing around with those old buckets, getting wet shoes all the time. The dwarves agreed, but mainly because they can now cool their ale and mead for free. So Graxosch converted the old fountain into an ice maker.

Tiefenstadt:
He was also responsible for the invention and creation of Tiefenstadt. As the dwarven community was rapidly growing, the dwarves began to dig into the ground in order to create more room for their buildings. This is what took so long to build since the last update. It's a complete underground city of 20 unique interior cells. The area is populated, the shops are set up, and the dwarves are happily dwelling their caves. Each of them has already set up their daily routine, their homes and working space. Some examples are a laboratory for Graxosch, the hall of the great forge, a sculptor, a painter, guards and many more. Some areas are inaccesibly locked, but those of you with a keen eye (and a torch) will find the keys. You can also try to steal them if you know who's living there.
The access to the dungeons of Fort Magia, Fort Sejanus, Fort Urasek and Nagastani has been restored and can now be found in Tiefenstadt 12. 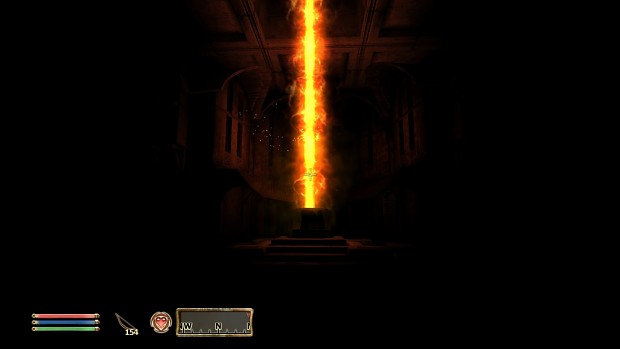 Dwarves:
I added the dwarven race in order to have a suitable kind of NPCs roaming around. As dwarves are a playable race in Drakensang, the race can be played. To keep it playable, regardless of the installed language, i added a door to the starting prison cell, which will ask you to choose your class and birthsign before going through, so you don't need the dialogue with the emperor. The mod uses strictly vanilla components so far, so other mods should be compatible, unless they add content to the region where Ferdok is located.

Testing and exploring:
It's recommended to start a new game in order to visit Ferdok, because it's still a dirty mod. Don't ruin a savegame you want to play further ;) Just start a new game, create your character and walk through the new door in the prison cell. You'll be teleported directly to Ferdok Fuhrmannsheim. I've added a chest with some very basic items directly in front of you, when you arrive. Look down, or you will trip over it ;) Fuhrmannsheim is the northeastern most district, connected to Ugdan Hafen and Praiosplatz. You'll find the districts Grafenstadt and Dwarven district in the southwestern part of the city. Tiefenstadt is located inside the big grey palace like building in the dwarven district.

Next development phase:
As Ferdok is now complete, i'll start on moving the districts to their own world space, before the areas are populated and their interiors are created. That will take some time, and the next update will probably contain only changes to the esp/esm structure.

With the new download Kosch 2 v0b there are now two new districts. You can now walk through the Ferdok districts of Fuhrmannsheim and Praiosplatz. The...

This is an update for the City of Ferdok. The landscaping and architecture work is now finished, and the town is now complete. You can now visit 2 new...

Updated city of Ferdok. Ugdan Hafen, Fuhrmannsheim and Praiosplatz are now included and can be visited. You'll need the expansion Shivering Isles. It's...

It's very motivating to get a positive feedback. Thanks a lot ;) The town of Ferdok has now all districts, and i can now start to create all the interiors, starting with the new deep city in the dwarven district.

Wow! Epic project.
Ferdock isn't exactly a small town.
Lots of work sor sure, but looks great so far and kudos to you!

Thanks! So far, Ferdok gets currently its final shape. The darven district is already planned, and Grafenstadt is already ercted. It still needs some deatils though, like fountains and fences.

looking good, are you doing this alone?

Thanks! Yes, but i recently got some feedback, so i decided to share this ;) A lot of work, but so far, i'm quite content to see the city growing and making the first steps in outlining the gameplay.

You can also make a new world space, so you don't have to remove/replace the main quest dungeons/places, so people can still play the main quest

I know, that's already planned. But as the first city is pretty big, i need a kind of layout where and how to place the outer walls and what is visible from higher ground and in the LODs, so i can remove the unneeded buildings ;) By comparing the remaining ground afterwards, i can safely relocate missing content without spoiling the view of the city, and without trapping the player in some houses ;)