The player is a young fossa Named Zaxtor His world is threaten by a war called the OBLIVION WAR. These aliens, Robots and strange creature Plan to destroy earth, Zaxtor must pass through Mountains, Dry forest, Rain forest, Bases, Battlefield, Temple and the final base.. His mission is to Destroy the MOTHERBRAIN.. Zaxtor's back, Now this time hes going in space to find the Evil emperor he must pass a very dangerous space war, many ships etc. First Zaxtor want to destroy the Organic alien ship that wrecked his starship, many cities was destroyed by a mysterious tank-like vehicle known as the weapon artillery, so he must find out what is this mysterious thing. This is an huge TC with 50+ levels + 5 secrets and more. 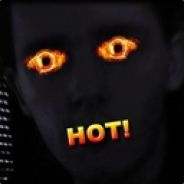