The long waited D.I.P.R.I.P. update is coming today. This time we are adding Steam game play statistics, a deathmatch version of the Dam map, a new achievement and more. Additionally Pawel Lekki from our team has been interviewed by the Gaming Radio Network.

The long waited D.I.P.R.I.P. update is coming today. This time we are adding Steam game play statistics which you can view during map loading or from the main menu. As promised we have also released a deathmatch version of the Dam map with some new textures and other graphical improvements. Additionaly to the new map, de_dam, ur_refinery and dm_refinery maps have recieved small game play improvements. On top of all that there is a new achievement "Destroyer of Worlds" which is unlocked after destroying 2000 objects. 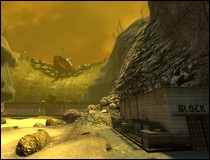 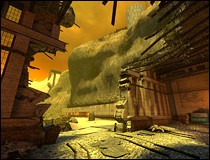 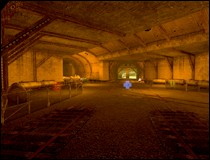 The Gaming Radio Network has interviewed Pawel Lekki from our development team. If you want to hear first hand about the future plans for D.I.P.R.I.P. the interview will be broadcasted on air twice:

Great update, I love this mod

To be honest I have never played this mod but I'm a fan of post apocalyptic scenarios and I have to say that your level design is looking absolutely amazing! Keep up the good work, I might have to try this mod out with the new update and all :).

Those pictures are somewhat.. epic!

Great job guys! For nothing!

oh nice update to one of my fav mods on steam

Yeah, guys i have to agree with MenteR on that one. If you look at the pics you can see a little to many similarity. Don't get me wrong i like this mod but believe this idea/area was stolen from black mesa, not only that but it was almost copied down to a pixel. Although there are many of there own touches it still looks like black mesa's damn. Anyways the level looks cool i just prefer it not to be a rip off.

Maybe both of the dam's were inspired by a real-life reference such as this one - Pinker.wjh.harvard.edu

Anyway, it's just a dam.

This image was the inspiration:
Forums.cgsociety.org

The Hoover dam was used as a reference.

I also noticed this. It's pretty much of a ripoff from Black Mesa's work on Surface Tension for the first pic.

Do you actually know how many similar dams are on this world? After all, look at the differences. That building under the ground that slippered form cliff the whole building that has no up platform, the ship in the top etc. The only similar things are the shape of the building (i mean the C) and the dam between the cliffs, but 90% of dams look like this :P. If they will make a city, you could probably say that they stole it from other mods or/and games that has city maps, because they have buildings and streets :P. Open your eyes and look at damn hard job that those people make. And they don't even want money for that! Don't bother Exor team. You are the best :D

The Gaming Radio Network will be uploading the Interview to our site tonight.

It will be in the media section under podcasts.

Total Gaming Radio Other with 41 members