This update of Dibella's Watch includes the first three chapters in the Main Storyline which will tell the tale of the Deadtree War.

The War has started!


This update includes some major changes and updates to the mod. There is the usual amount of landscaping and new locations, NPC's and other interesting stuff, but this time, I've also started on the main storyline which will tell the tale of the Deadtree War. The first three chapters of this is already done, but as things are with Betas, you should consider them "To Be Continued", since the story proper will be much longer than this.

This week, I've also been building Scarleyshire. This is a totally new part of Dibella's Watch which comes complete with a Castle and a village. The point of Scarleyshire is that the player will get it as reward when completing certain parts of the main storyline. That stuff has not been completed yet though, but I hope to have it in place in Beta 07. The player will rule Scarley, just like a medieval lord! 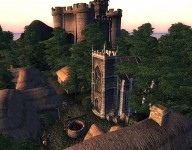 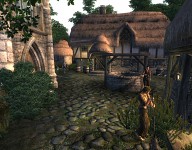 
Download Beta 06 of Dibella's Watch now to be a part of Beta testing. The island is already very impressive with masses of locations to visit and witness and there are already a good amount of quests as well. There is more to come, as Dibella's Watch is now updated once a week with new major updates!

Download here on ModDB. I expect your feedback if you download. That's what Beta is about, you know. 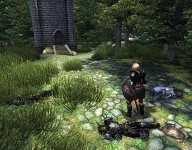 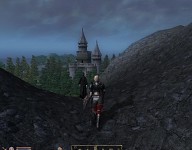 Scenes from the Main Storyline Quests

- Did several minor corrections.
- Still balancing the enemies of the mod; strengthened the Techtarra. May need more.
- Did a good amount of landscaping.
- Created Fort Cleggdrom, the third Deadtree border fortress.
- Created another Deadland Camp, Zerghdun.
- Created Scarleyshire with a village and a castle. NPC's, exteriors and interiors are properly in place.
- Finally began writing the Main Quest Storyline about the Deadtree War. The first three chapters have been done; "The Attack on Shardville", "The Lord of Scarley" and "The Witch's Message" and are playable.
- Stembrook Castle, Cleggdrom and Garzhuur are now locked and opened only during the Main Storyline Quest.
- Included a Quest Giver list in the Version History document, useful for Beta Testers. 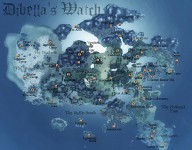 nice work, hope you keep it up!

Thank you kindly. I will try my best to keep the pace :)

Incredible work once again, posted about the update here: Modsentry.com

Hey thanks. And thank you again for some great words about my mod.

Wow LOL! What language is that? That might be a fun thing to tell people about the mod. Or perhaps not. I mean, "Idiot's Watch". :P