Mod based on real events. The action of mod takes place during the famous landing of the invasion in Normandy, where several commanders Matt Baker, Joe Hartsock, Greg "Mac" Lacey Hesse, and detachments of the 101st airborne division were scattered over the French countryside.

Hello everyone! This is our 2-news.

Today we want to show you a restocking namely Willis. Yes,it's Willis American, taken from Brothers In Arms Hell's Highway. Now this model in our fashion.

Talk a little bit about the model:The American company "Willys-overland" (Willys-Overland) became famous as the most famous manufacturer during the Second world war, the all-wheel drive light reconnaissance vehicle "Willis-MV" (4x4), went down in history under the name "Jeep" (Jeep). Meanwhile most of his life, the company was engaged in the manufacture of commercial cars and small trucks. In 1909 it was founded by John North Willis (John North Willys), acquiring small company called "overland" (Overland), which produced cars from 1905 Their first army pickups the company "Willys-overland" began manufacturing in the midst of the First world war. At the time they entered into a small standardized family of light trucks to the U.S. army and was produced by three firms. All trucks were equipped with 38-horsepower engine and 3-speed transmission.

The model itself is not yet fully developed. We want to add new texture to the model, to merged with the ground like in Bia. The model soon will be improved.

Screenshots from the game: 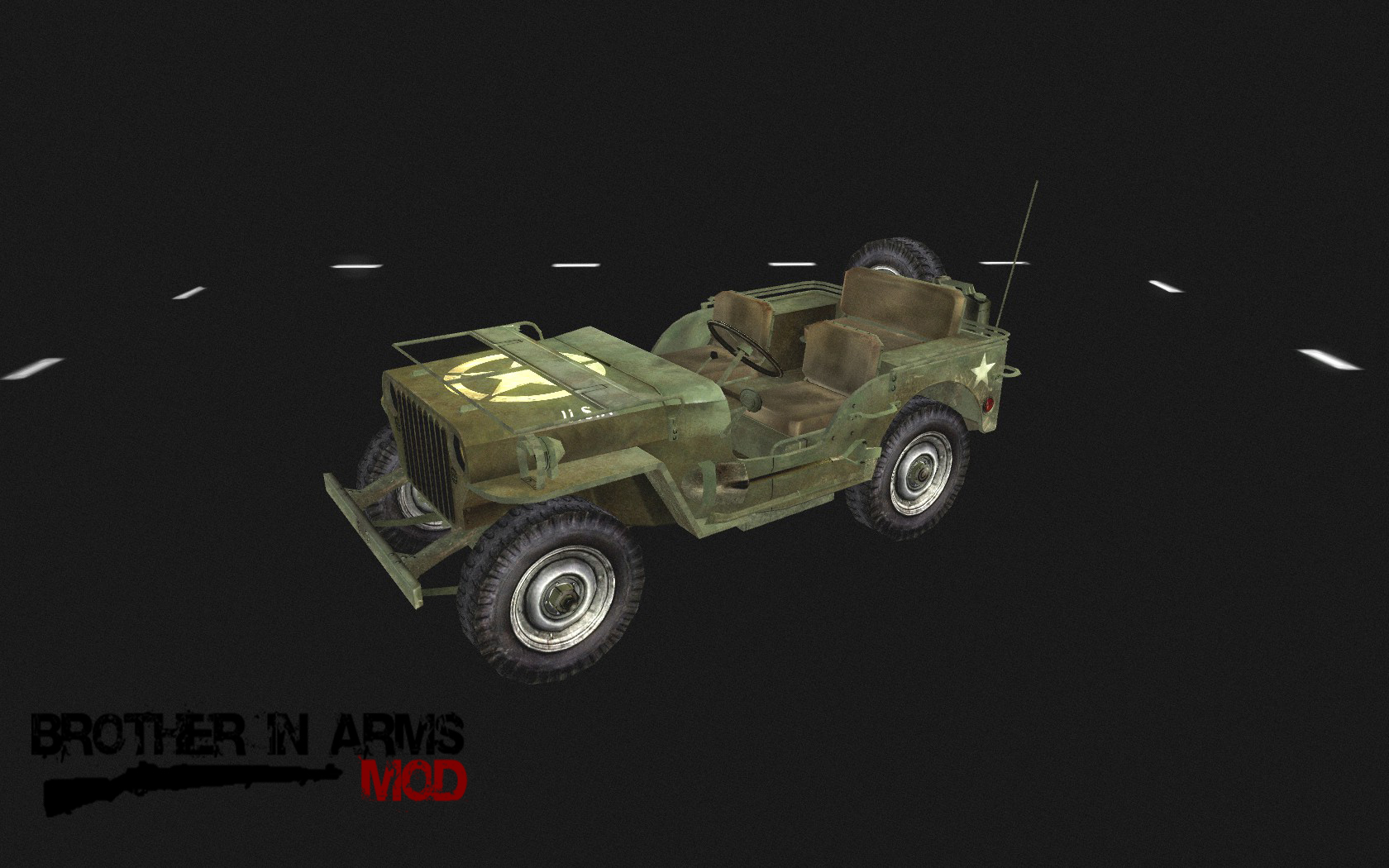 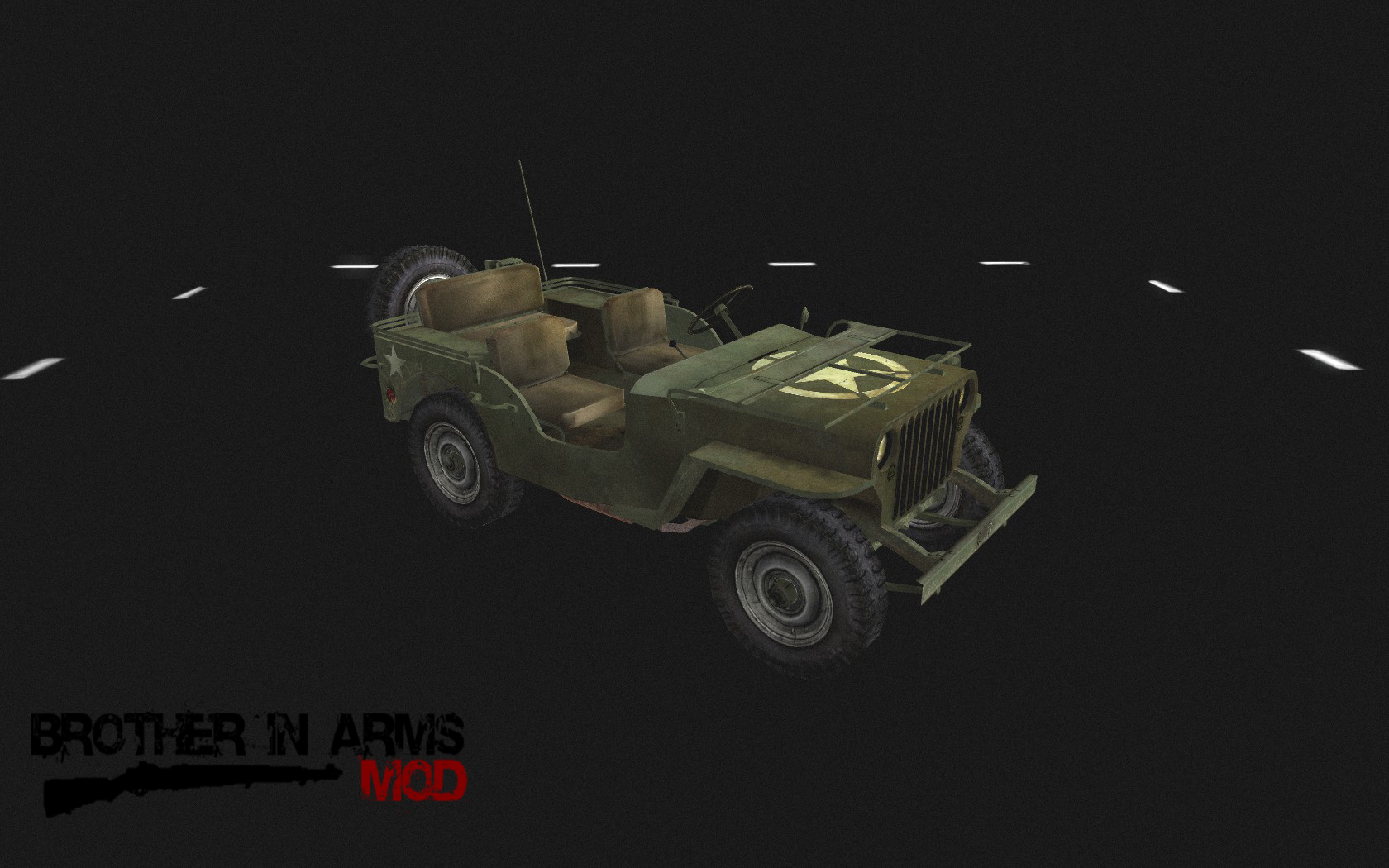 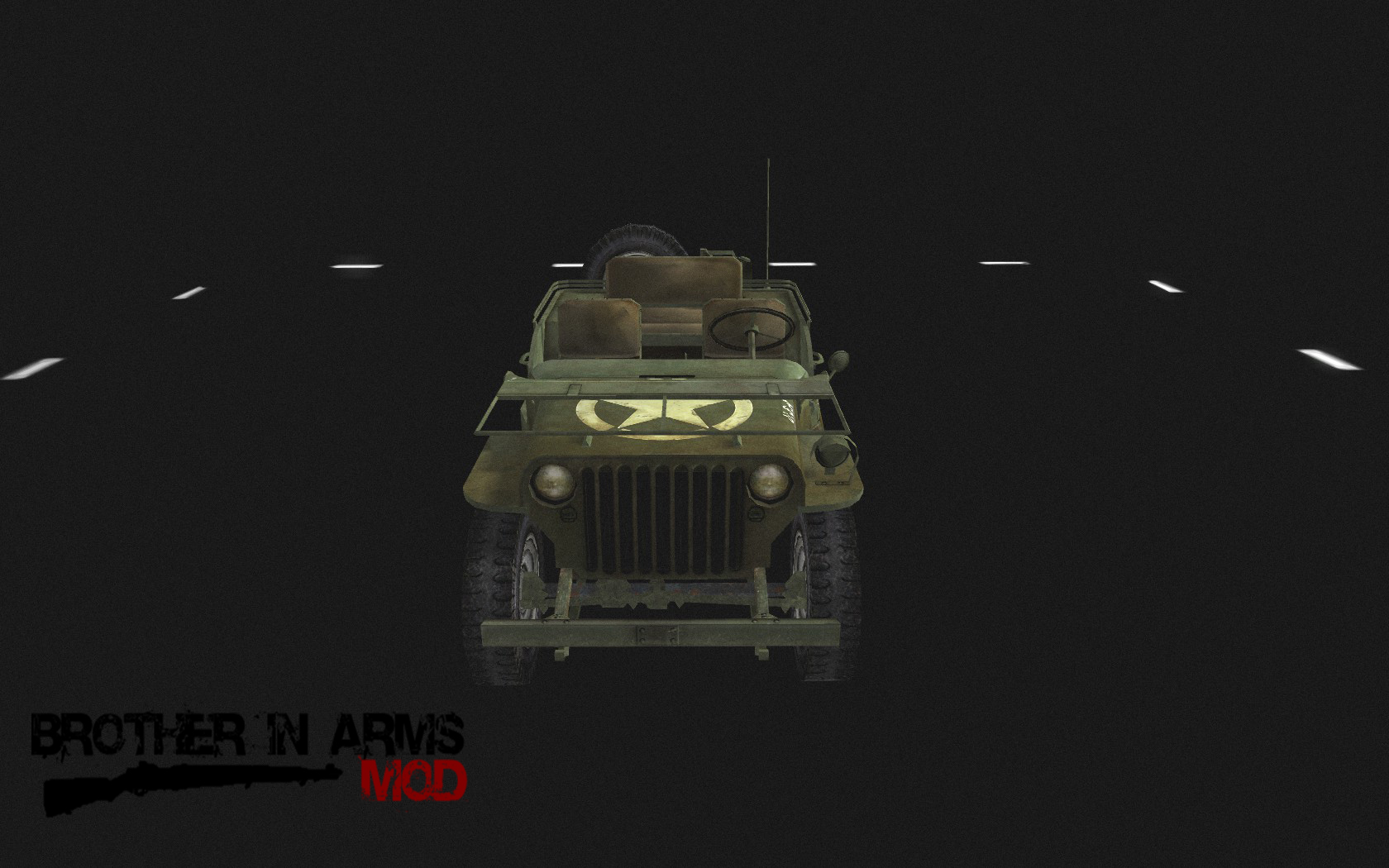 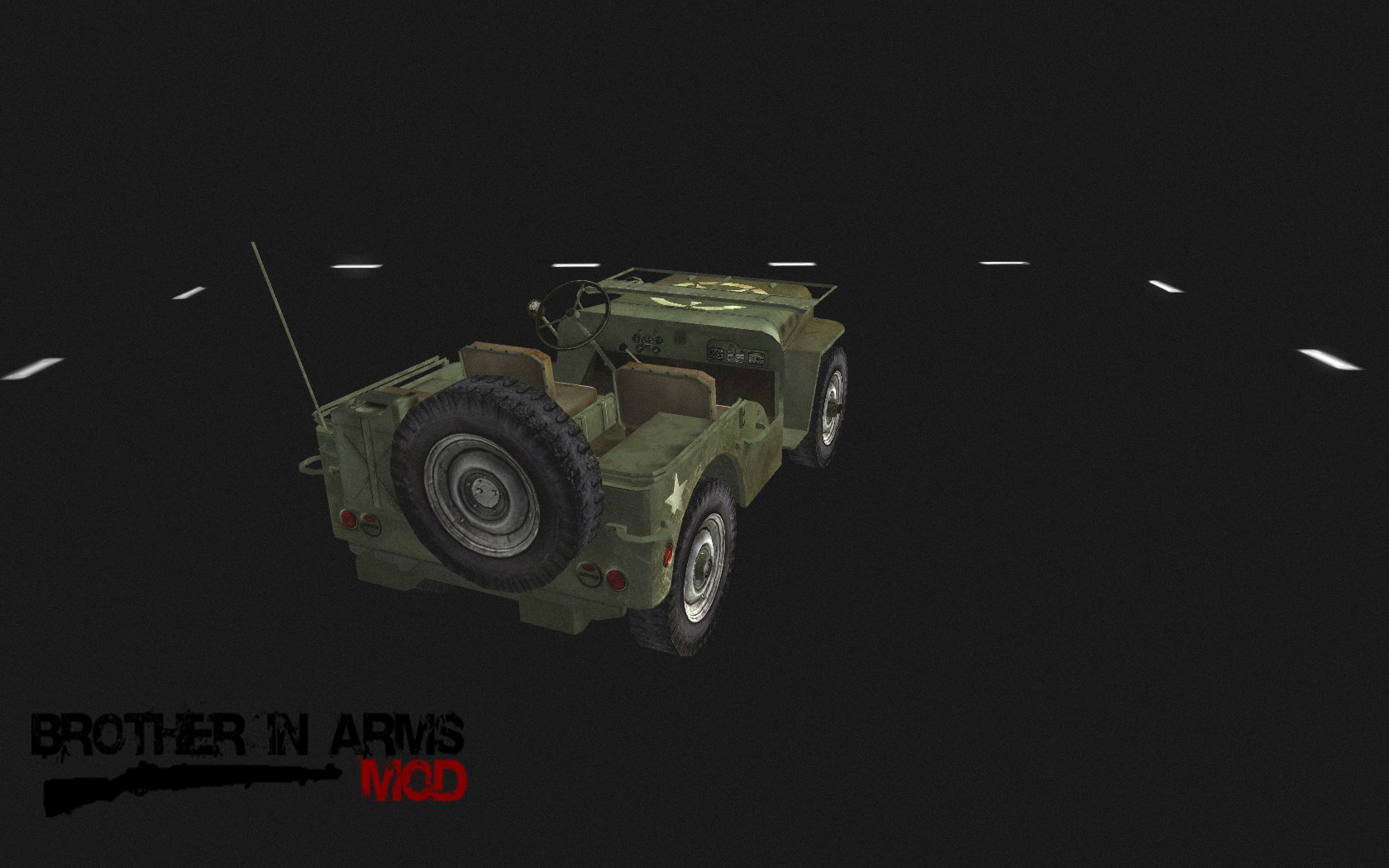 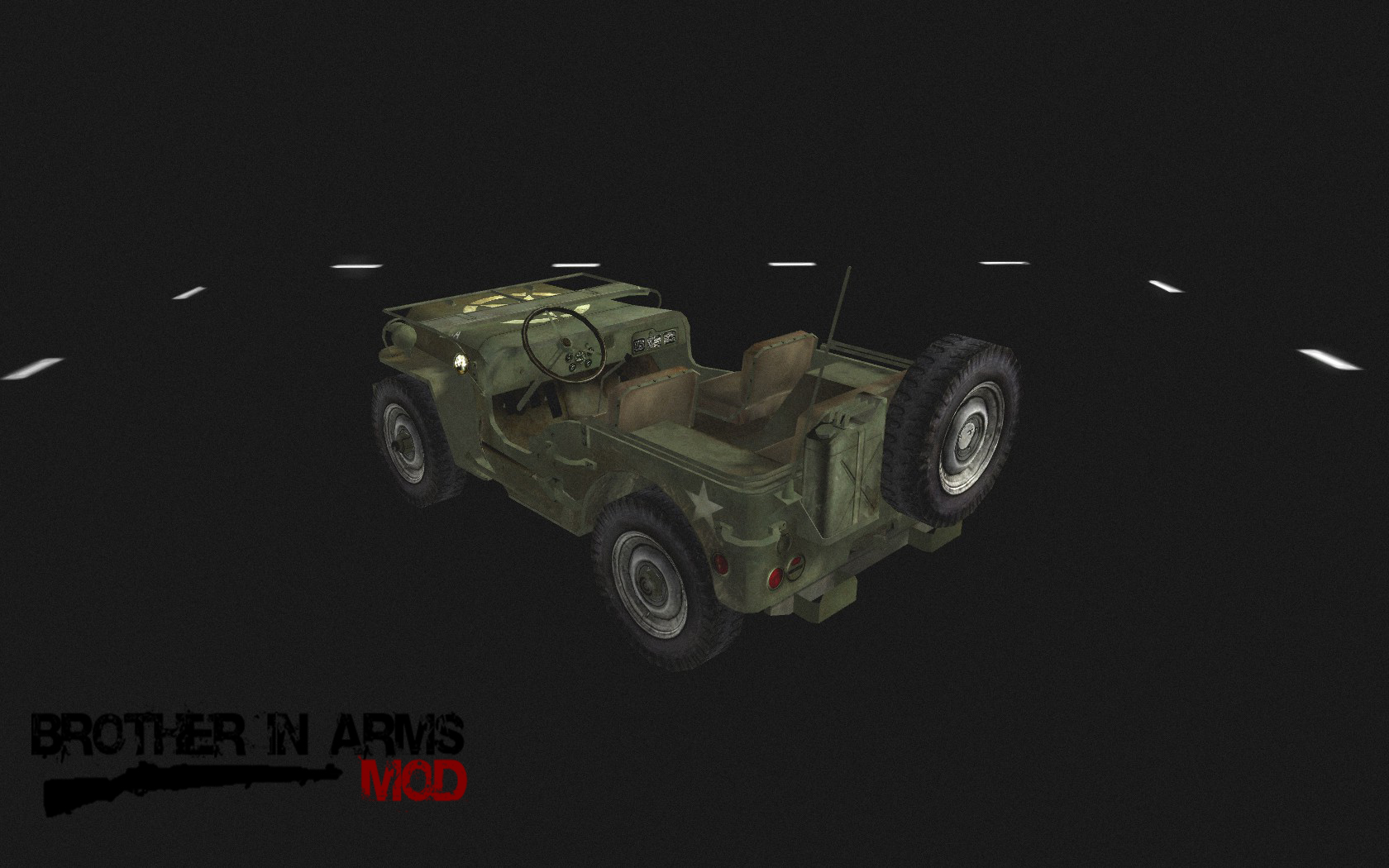 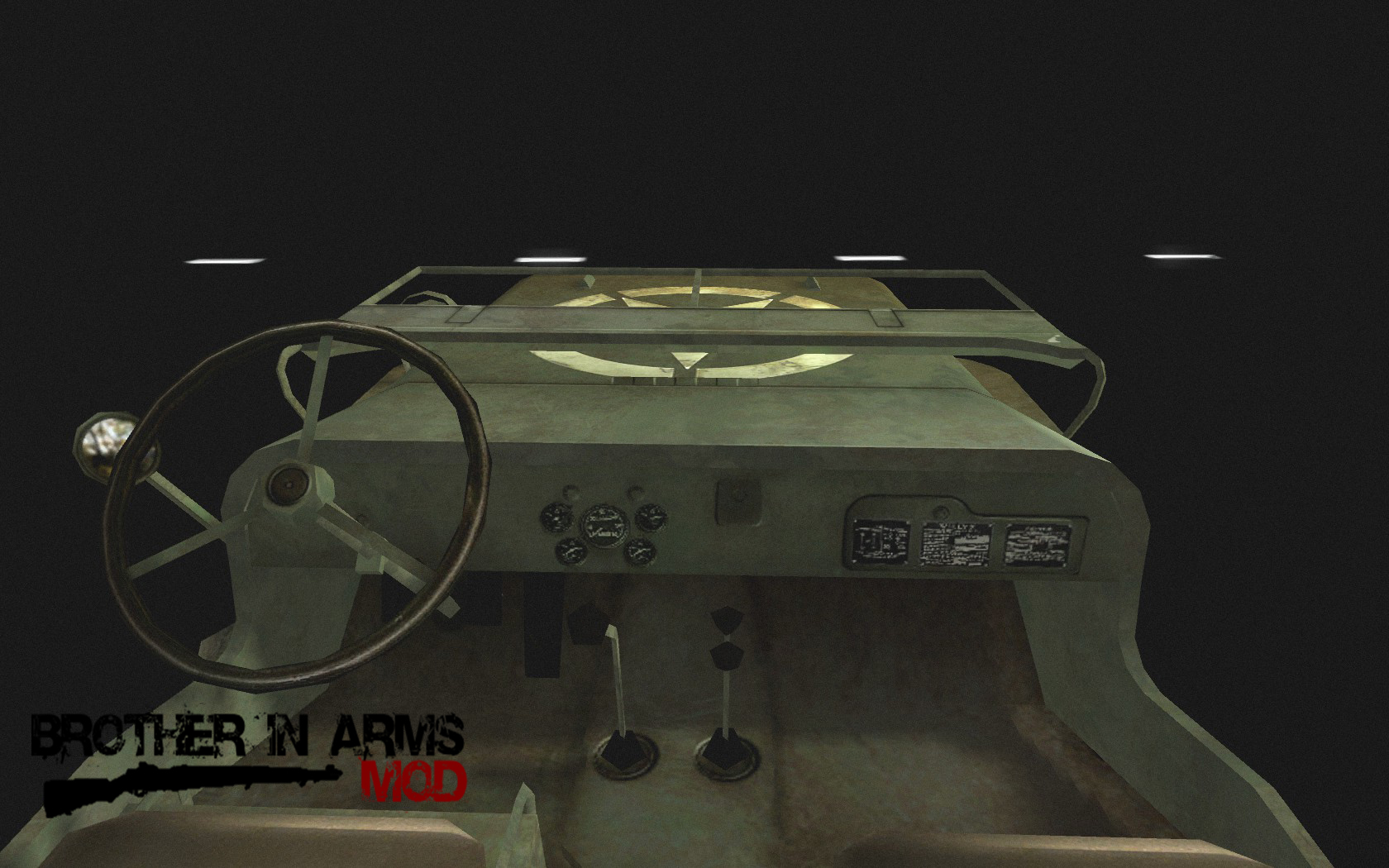 To collect all in one mod

if he dies he dies

You're still working on this mod?

how many of you working on this mod? Cuz I can't wait to have a modern warfare with vehicle in MOWAS2!

If you guys are still making this mod and it does come out what version of men of war assault squad 2 will you need?

This mod is amazing , but you should upload a demo

Any new updates on progress. You should give us a demo to keep us interested and we can report problems.