Outstrip Baal and assemble Universum Control Center before he will do it! Difficulty of Mod is increased in comparison with vanilla Lord of Destruction :). Mod for Diablo 2 with accent on cube recipes. Also have many other features such as: > Two new character’s statistics: Luck and Endurance. > Strength of monsters is increased by various ways as well as strength of characters. > New monsters, new items, new areas. > New runewords system. > New magic properties for items. ... and many, many other things. :) 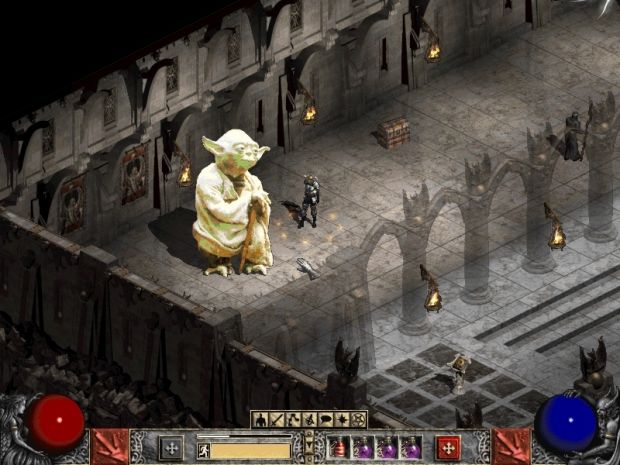 wtf is with yoda?

yeah he is right.i wanna know too

yoda says.''May the force be with us!''
i loled at him first time