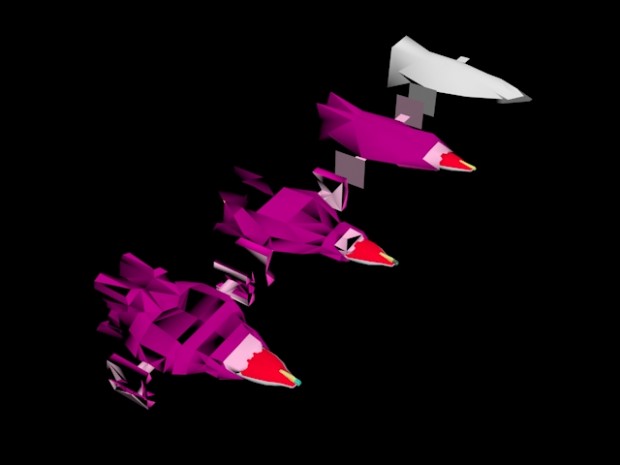 This is/will be a new Player Ship to replace the tier 2 Ship of the campaign known as the Advanced Patcom or FastAttackShip, it is a remodelled Puffin Tug with your custom Command Section slapped on it and an reworked engine aray, it also will boast wing docking ports for your T-Fighters and also "Dock on Turrets". I came up with it because I thought that the Puffin Tug's also would deserve some love, since they are pretty much cannon fodder and exist since the first Game, also because I thought it would make more sense to have refitted ships rather than state of the art ships, since you are a pirate in this game and lets not forget you also later get your hands on a Heavy Corvette which to me looks just like a upscale of the Advanced Patcom, so its mostly to please my self and to get some more diverse Ship designs.