Big fan of Metroid, Stargate, Star Wars, Halo, Legend of Zelda games, Advance Wars, Avatar: Last Airbender, DC, Marvel, and over 95% of all Anime. (Okay maybe not 95%, 50%) Any images I post here on my profile are mine unless I say I found it on google or somewhere else (If it's not a video game screenshot, it's not mine) I've changed my username from Admiral Ace to Admiral Ash to partial resemble my username on other sites and my Minecraft username, AshUzumaki

This part of a storyline I created for an alternate Star Wars timeline. This based on an idea I've wanted to do for a mod that had factions that used ships from only one race. It changed alot, but always had a Corellian faction and a Mon Cal faction. I haven't made the mod, but just did those images for the fleets. 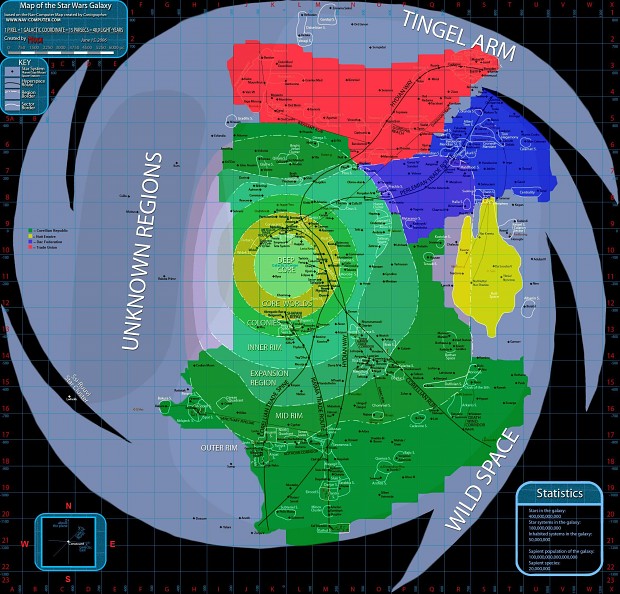 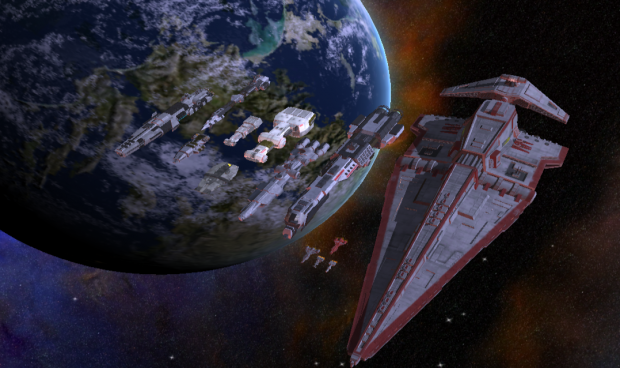 The largest of the four galactic powers, the Corellian Republic rose to power in X---BBY to become the dominate power after the collapse of the Old Republic. While Corellia is considered to be the capital, Coruscant is still considered an important part of Republic. Unlike the Old Republic, the Corellian Republic is ruled by a King, but has a Democratic Monarchy similar to that of Naboo. It also still has a Senate, with Senators representing the parts of the Republic, but instead of several representatives, there were only twenty senators, each representing the one of the twenty sectors. The Corellian Republic controls all of the galactic regions from the Deep Core to the Expansion Region. It also controls a large chunk of the Mid Rim and Outer Rim in the Galactic South. 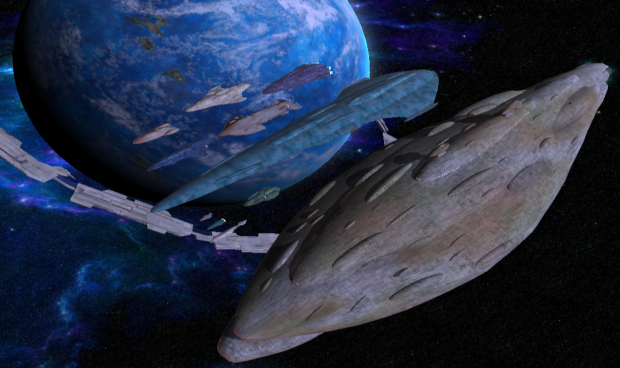 After many years of various wars that occurred between the planets of the Calamari sector, the Mon Calamari and the Quarren decided a strong government was needed to help maintain peace in the sector. This led to the creation of the Dac Federation, which was founded in 2166 BBY. In it's early years, it was largely made up of worlds that were colonized by the Mon Calamari and the Quarren, until they began admitting other planets outside of the Calamari sector. It expanded to include the nearby planets of Munto Codru, Iego, Drongar, and the Tion Hegemony. It currently stretches to the Expansion region and to the borders of the Trade Union and the northern border of the Hutt Empire. The Planet of Dac serves as its capital.

Founded in 1250 BBY, the Trade Union was formed by the various commerce guilds located in the Northern half of the galaxy. It was largely created from the Corporate Sector and the InterGalactic Banking Clan. The planet of Etti IV was chosen as its capital, although it was said the Union had three capitals, the other two being Muunilinst and Serenno. It was run by the Trade Union President and the Direx Board. While it was the second largest of the four powers, and had the smallest military fleet of the four, it was said to be able to build up a navy rapidly due its available resources and its powerful economy.